47
Life with Kate and Katie part 18: A Vision
posted by katealphawolf
After Jon had left, and after Humphrey had returned from his stupid act of trying to impress her, Kate made him leave out of frustration. She was in the tana, den all alone, snow fell hard outside, blinding, about a foot had piled up already. The night was still and quiet, eerie quiet. Kate felt like shit, she could not believe she had just severed the ties of her and Jon's long standing relationship of a year. Her cuore ached, she would probably never see him again, nor her son, o Katie.
Kate cried herself to sleep that night, listening to the soft snow piling up ever more. She was being carried off into a confusing nightmare. First she saw a long stretch of road, vastly snow covered, but the indents of car tire tracks were still visible. Kate was following the road for a long ways, it seemed to go on forever and ever. Finally through the thick, falling snow, she saw a sharp corner coming into view. The tracks appeared to have gone into a skid now, Kate followed them with her eyes and saw the twisted remains of the guardrail and the gaping hole that was there, something heavy had smashed through it. Kate slowly approached the edge and looked down, way down at the bottom she could barely make out the details of the Bronco, the spare tire, bumper and taillights. The truck was covered in snow, and there seemed to be no movement from inside.
"Oh God." Kate breathed, not knowing what she was going to find inside the rig, she began to descend down the really steep slope. Then something was pulling her back, the surroundings were blurring, and she was falling through a vast blackness into nowhere...Kate's eyes popped open, she was panting and hot, she looked around, she was in the cave still. The memory of the dream was quickly fading, but Kate knew something terrible had happened to Jon and he was out there in this cold, freezing probably. Kate got up and went to the entrance of the den, the snow was still coming down really hard and the visibility was virtually zero, there was no way she would be able to venture out in it. The risk of getting turned around and Lost was too great, there was at least three feet of snow piled up already. Kate retreated back into her den, there was nothing she could do, but wait until the storm let up.


Inside the Bronco, I stirred and came to my senses. I was slumped over the wheel. I felt something sticky around my mouth, and brought a hand up, I had bit my bottom lip in half upon collision with the wheel and there was a lot of dried and caked blood on my face and neck. I tried to sit upright, but pain seared through my right side.
"Ahhh!" I gasped, clutching my side, a couple of ribs had either been broken o cracked was all I could assume, each breath I took the pain throbbed. My head throbbed too from a massive headache. The Bronco had quit running at some point during the crash, but the headlights and heater had remained on, it was really cold in here da now. I reached down and tried to start it, crossing my fingers and hoping for the best. The starter clicked a couple of times and died out, the battery was completely dead. I shut the ignition off and turned the lights off that were faintly glowing. My body shook from cold, hypothermia would be setting in soon I had a feeling, if I could just get into the back and avvolgere myself up in the blankets I would be alright. I tried moving again, but to no avail, the pain was just too extreme. I then realized I was going to freeze to death if a miracle did not happen, one of my greatest fears was freezing to death, so slow and so much suffering. Nobody would find me until spring most likely, the way it was snowing now, no vehicle would be able to get up here unless it had a plow. It wasn't even as cold as it would get yet either. Usually after a big storm system passed, there was typically a nasty cold front that came behind it, sometimes back home it would get to -30 degrees at night. Hypothermia sets in in about 15 minuti in that weather, death would not be long after. Maybe I would get lucky and God would spare me all the pain and suffering and take me early, but I doubted it.
I thought of my kids back home, Katie, my dad, and all my family and friends, what would they do when they heard the news that I was missing somewhere up in the frigid Canadian wilderness? I just couldn't picture all the sadness and despair that would travel around. There was a sliver of hope though, with a little effort, I managed to pull my phone out of my pocket, if I could get service I could call someone, I had no clue what the emergency number was in Canada, but doubted it was 911. I would call my dad, he would have a cerca and rescue party out in no time! But to my dismay, the phone read "No Service" where the Verizon bars normally were, the battery was nearly dead too, even if I had service, I would probably only get one call before the battery died completely. Since the Bronco was dead, there would be no way to charge it.

My desire to live was too strong, I was not ready to die, nor would I suffer like this, I was a Gies, a survivor, giving up was not programmed into my DNA! Mustering up the strength and gumption, I leaned over the sede, sedile and snatched one of the wooly blankets off the bed, pain seared through my body like a knife, but I bit my tongue and endured it. I lay down in the front sede, sedile and pulled the blanket around me, the seats were stiff from the cold. I closed my eyes, now all I could do was wait for a miracle to happen, I would not even attempt to leave the Bronco and climb up that steep slope, not in the condition I was currently in. I would probably lose my footing and fall to my death, I didn't know how long this collina went, but it seemed to go a long ways down. Even though I was still mad at Kate, she was the only thing on my mind and I was still in Amore with her. I closed my eyes and drifted off into a light slumber.

I know this one is rather short! lol but part 19 will be più fulfilling I promise! Please fan and commento if te can, I know I have my fanatic now, but still means a lot if te fan my stuff and mostra appreciation! :)>
SentinelPrime89, OmegaJet and 45 others like this
Roseomega Oh yay! Yes! Great Chapter Jon! Great job, I'll tell Grady to come read it!
katealphawolf Thank you Rose! Sure he will like it!
kate_humphrey23 Great article, Jon! Can't wait until the next one already! XD
lonehumphrey Cool when's part 19 coming out! !!!!
katealphawolf Idk, haven't started on it yet lol
Katelover812 Great job Jon, Happy you stayed and were able to write this after all that drama :)
Wolfman32 Great job man, I'm glad Rose told me to read it.
katealphawolf Me too! Glad you liked Grady!
LillyLover62 Short or long the stories are always amazing! Nice job Jon!!
SweetsOmega My goodness, Jon! Your stories are always wonderful, but this one is one of your best, I believe. Like everyone else, I can't wait for the next part!
katealphawolf Really? I never thought it would be that good! XD
metalwolf116 Superb as always my friend. Crystal would've loved it
katealphawolf 22 fans? Not bad, only article that has gotten more is that fight and loss article of mine at 43! XD Never realized this article was that good lol
katealphawolf Make that 25 lol
humphrey202 the numbre is 911 in canada!!!
sxyomega wait...wo wo wo wo wo wo wo wo.........I just started and I looked at it for five seconds and sorry for saying this, but....seriously? Humphrey isn't married to Kate?! That's like...nvm...Other then that (from what I read) it was really really good :)
katealphawolf Nope, Humphrey turned out to be gay shortly after the movie was done being filmed and dumped her...
humphrey7777 im new on here and love the story
ethannb that story was good katealphawolf
AlphaAlyssa man I always love going back to this story and reading such a good one!
8
humphrey the redneck
posted by katelover14
HUMPHREY:kate stop humping *moans* oh its te eve just dont try to wake me up successivo time ok eve?

Humphrey:now what does a bad girl get now a hump o a spank?

eve" yes master i will.

humphrey" yes *moans* yes i am. kate want to lick your moms vagina.

kate: yes humphrey i do! 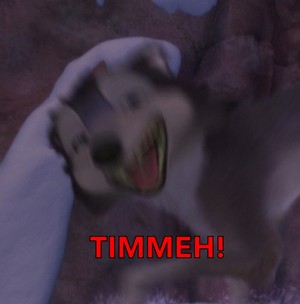 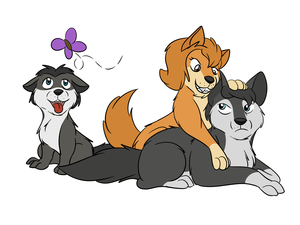 6
The Pups
added by JazzyJazz98
Source: Me 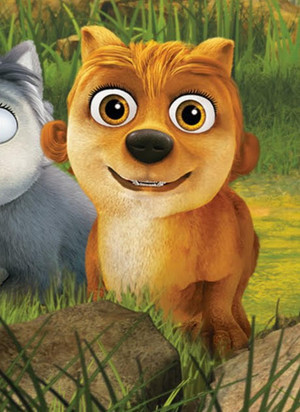 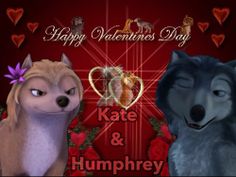 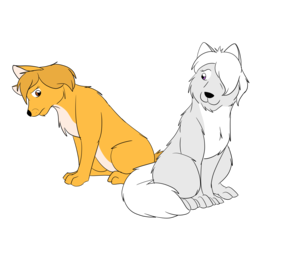 1
Kate and Lilly
added by JazzyJazz98
Source: Me
2
Alpha and Omega: Rewritten - Chapter One
posted by JazzyJazz98
The night sky was dark that night, the light of the stars and moon hidden da a thick blanket of jet-black clouds. From the clouds drifted hundreds of thousands of snowflakes, the winter winds guiding them on their journey to the ground. From the soil, a forest of lodgepole pines stood tall, looming over the snowy, Canadian landscape. A brotherly pair of Lupi traveled within their shadows, the eldest of the two in the lead. The younger male stuck closely behind his companion, using him as a shield against the blustering wind. Despite this, snow still managed to cling onto his coat. He growled....
continue reading...
1
Alpha and Omega 10: The Legend of the Peaceful Warrior Chapter 10: Ride to Victory
posted by PurpleDragon02
Chapter 10: Ride to Victory

As they retreated through the woods and back towards the valley, Humphrey and the others did so in a way so as not to lose the enemy, but also didn't let them get too close. They just needed to lure them back to the pack and then the real battle would begin.

As they reentered the territory, the Lupi stopped and turned around to face back into the woods as the humans and the remaining Cani emerged. Humphrey and the others stood with a proud, disciplined, almost militaristic stance, waiting for the trap to be sprung. When the humans appeared out of the woods, they...
continue reading... 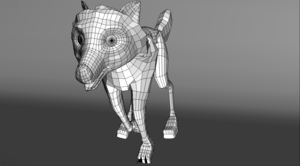 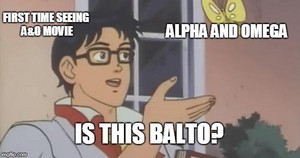 is this Balto?
added by Chidori1334 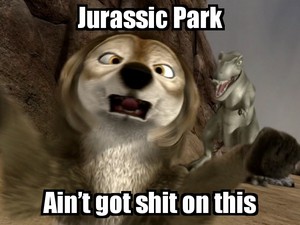 1
Jurassic Park is shit compared to this!
added by SentinelPrime89 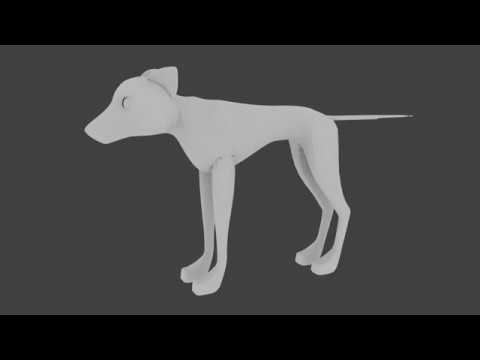 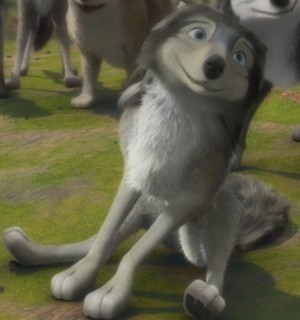 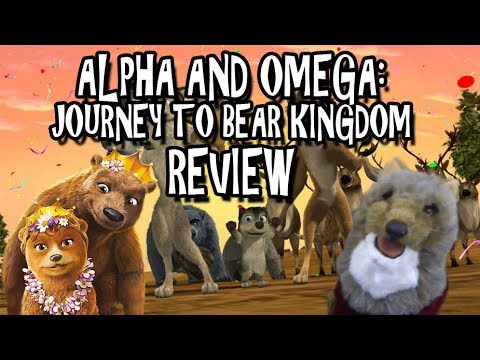 Bobsheaux reviews Alpha and Omega 8
added by TimberHumphrey
this is hands down his best, and most hilarious A&O review. great job, Bob! :D to be honest, i'm gonna miss your rage over these movies. i might not agree with te most of the time, but these reviews were always a blast to watch :)
video 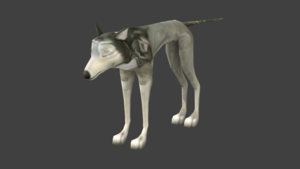 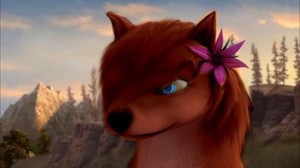 I was bored .-.
added by Tundra_Omega
Source: me, picmonkey, gimp 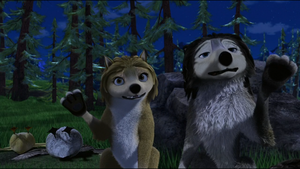 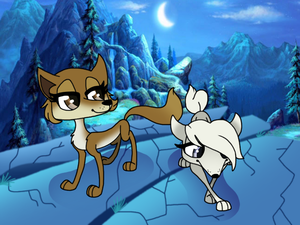