6
a change of cuore anteprima
posted by delenadork08
What if, Stefan and Damon had a little sister? Better known as Stefan's twin sister. Nicole Salvatore has been with Stefan since birth, but was always closest to Damon, he protected her, looked out for her. So when they fell under the charm of Katherine Pierce, and was in transition, Damon was going to let himself die. Nicole wasn't prepared to let that happen. So, instead, she killed herself, yet not before drinking a vile of blood Katherine had dato her, and now she was in transition.

After becomming vampires, filled with rage, Damon didn't just cut Stefan off, but Nicole also. After years of not speaking, in 1994 Damon and Nicole crossed paths once more, and once again became brother and sister.

So in 2009, Katherine wasn't the only reason damon Salvatore returned to Mystic Falls but for his little sister also.

But after Nicole been found out, and staked, it hurt no one più than Damon causing him to run away.

But then a girl comes along, and shows Damon that even after death, lifes worth it and running's never gonna help. Can this girl convince Damon to return to Mystic Falls and to Elena? o will he leave everything behind and never return... find out in...


A CHANGE OF HEART.

This fanfiction is pro DE and the girl isn't what te think, trust me there will be suprises in the works.
TheExcorcist, HollyMarie and 4 others like this
traceypharm (claps hands rapidly) please, please post!!!
Alt_Girl38 Sounds interesting, can't wait for the first chapter
MelodyLaurel This is great! Please post the full chapter! On a side note, it's such a coincidence, I wrote a fanfic exactly the same, with a Salvatore little sister, she was also close to Damon, and she also killed herself after her brothers' deaths! It's surprising we think the same! Only her name is Veronica Salvatore in my fanfic and she didn't die:)
TVD_Lover *standing ovation* more, more! Ahhh, I'm SO gonna read this!!!
5
I Amore te Elena
posted by DelenaLove1
I Amore te Elena

"Nice PJs." Damon remarked as Elena walked into the room, giving him a startled look.

Damon smiled as he stood up, holding out her vervain necklace. "I brought te this."

Elena looked shocked. "I thought that was gone. Thank you." She reached out to grab it but Damon held it away from her. She gave him an exasperated look. "Please give it back."

"I have to say something." Damon confessed.

Elena stated at him suspiciously. "Why do te have to say it with my necklace?"

"Because what I'm about to say is probably going to be the most selfish thing I have ever...
continue reading...
12
Falling in Amore at a reunion
posted by Ianrocks
Jenna came in the house with some mail in her hand. She headed in the cucina on the counter. Elena was sitting in front of her Leggere a magazine.
"guess what i got" Jenna asked, waving the mail around
"mail" Elena responded
Jenna's smiled fade "not just any mail. I got a mail from my sister Miranda, asking me to come to the reunion"
Elena looked up "wait Miranda with the big house with the swimming pool, and her devil child Cindy"
Jenna gave Elena a look "Cindy is not a devil's child"
"yes she is. Jenna please don't make me go"
"Why don't te want to go" Jenna asked
"because Cindy's going to be there....
continue reading...
7
New Amore 8
posted by Delenarocs
"think i'm playing one più sposta and i snap her neck and break this ring" He detto smirking
Elena started struggling to break free but it was useless the man was holding her tight. Damon started to sposta a little bit
"ah think about what you're doing" He detto
"what do te want" Damon asked
"none of you're concern" The man detto through gritted teeth.
"look she did nothing to te if it was me--"
"it was you" The man detto "what don't remember? okay how about June 29 1895. i remember it as the giorno te killed me and made me like this." Damon waited for him to finish his sentence and used his speed to dissapear...
continue reading...
6
New Amore 6
posted by Delenarocs
Damon checked his right middle finger to find out his ring was gone. Damon got up and looked down to see if he dropped it. He kept thinking when did he drop it, did one of those wolfs eat it when he got bit, and how long until sunlight.
"come on" Damon detto as he bit his arm and made elena drink it.
Elena pushed his arm away "no".
"look if te don't drink this that bite will get affected and te might die and i have to find my ring now drink" damon detto forcefull. Elena hesited then took damon on his offer. Elena's wound started healing. Damon took his arm away and helped elena up.
"where do you...
continue reading...
7
New Amore 5
posted by Delenarocs 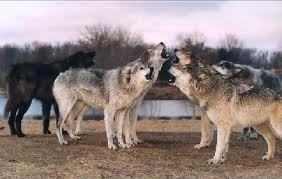 "there's one right behind you" elena said
Damon turned around to see a black husky lupo snarling at him and mostrare him his teeth. The lupo moved toward damon slowly and growling.
"run" damon said
"what" elena asks. Damon pushed elena towards the albero sending her into the tree.
"run" damon yelled. The lupo charged at damon but damon moved away and the lupo hit in the wall. Damon used his speed and grabbed elena. He ran with her and sat her down behind a rock.
"stay here and don't come out until i tell you" damon said
"what about you" elena asked
"i'll be allright just stay hidden" damon said. The...
continue reading...
6
New Amore 3
posted by Delenarocs 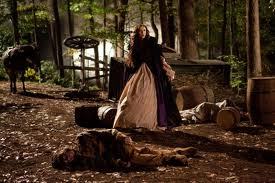 Elena came back with the blood bag and stefan quickly shuts his eyes. Elena hands stefan the blood and stefan pretends to be weak.
"can te help me" ask stefan
"stefan te are not a baby i'm sure te can handle a blood bag" detto elena. Elena looked around and decided to leave.
"i'm leaving" detto elena then she grabbed her back and left.
Stefan sat down on the divano until the door campana, bell ring and he got it.
"glad te could come" says stefan
"It better be ready" says the man in front and enters the house.
Damon walked down the wood until he found a place with rocks and bolders. Damon pushed a boulder...
continue reading...
6
New Amore
posted by Delenarocs

Realization
Damon walked down the tomb to give stefan his blood bag when he heard the most disturbing sound he'd ever heard. He decides to ignore it and keeps moving but it seems the sound keeps growing louder. Damon was in the tomb when he saw it stefan and katherine.
"oh, stefan" called katherine, in the corner of her eye she saw damon and mouth the word "wanna join"
"what" says stefan as he pulled from sucking on katherines neck. stefan turned around to see damon leaning on the tomb bacheca and smirking.
"well, well, well saint stefan finally looses his halo ring, wonder what elena will think" says damon...
continue reading...
16
Damon and Elena Get Together Pt. 9
posted by c_j_clark
*
I gasped and moved away from him. “Stefan…you didn’t…Oh my God, te killed that little girl!” He looked at me apologetically and his face filled with guilt.
“Elena, the pull of human blood is very strong. I couldn’t resist, it was too much…” He sposta closer but I sprang up and backed against the wall.
“Stefan…I don’t…I think I’m going to be sick…” I felt ill thinking about that poor little girl…having her blood drained from her body… “Stefan…get out. I…I can’t hear anymore…Not now.” He nodded and got up. I couldn’t look him in the eye.
“Elena....
continue reading... 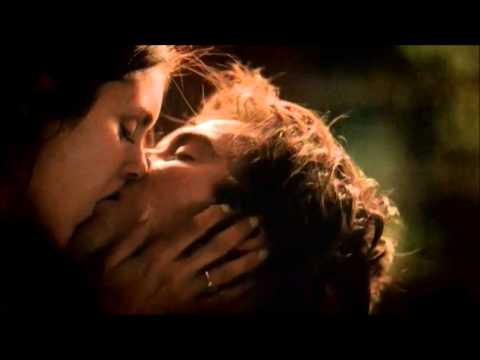 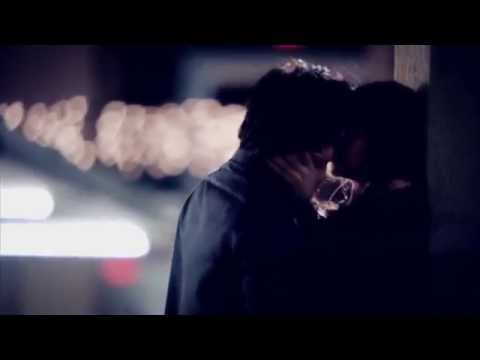 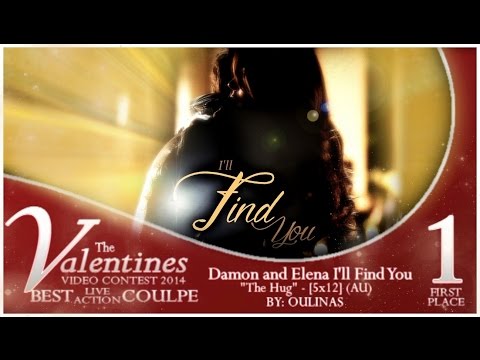 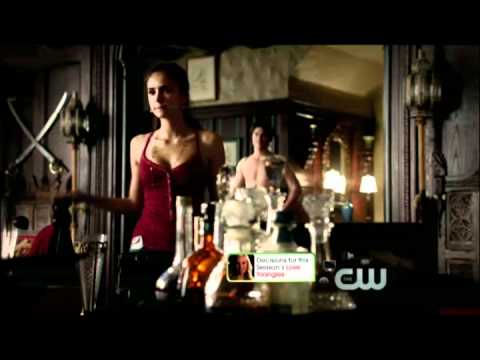 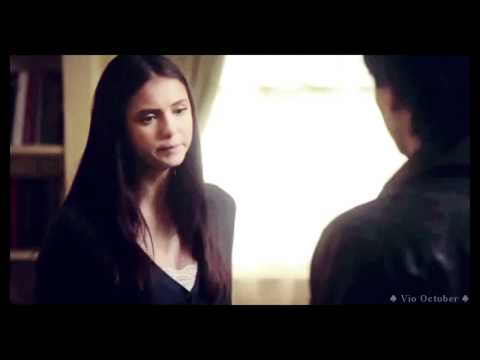 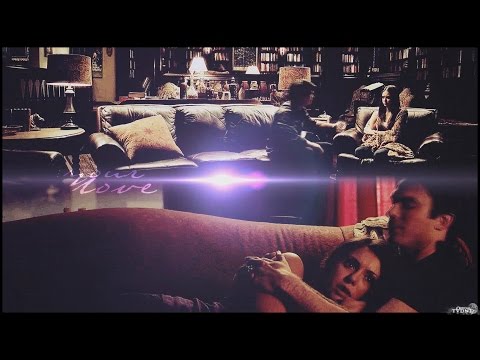