12
The "Huli" Choice Awards (The Real Story)... ;) Pt. 3
posted by Belle0308
Once again, I have nothing against the people who I bring up in this article. It's just for the sake of Huli conversation. Hope that te enjoy this chapter.
; )


To be continued….
Scuddy2010, Irina92 and 10 others like this
BooBlue so sweet!! upload soon please!! pleaseeeee!!!
Beatrix8520 You're so good at this Belle! ;)
CJS-DEPPendent Love it! Please update ASAP! :D
Ausanny plz the update!!!!!!!!!!
Edithuddy Oh! I like this And thx to put the name of the song of Mary J. Blige, Is beautiful =)
playingcold this story is great. i wish it would be true... ;)
9
Trapped. Part 6
posted by huddysmacked
Hey ya!!Thanks for all the wonderful reviews!! Mmm might as well not get *wink wink* because I’ve never written that before… So well just read and see what happens =))
Huli <33

”I’m sorry lady but we are trying to do what we can. You’re not the only guest requesting for –

“You know, you’re not helping!” Lisa hung up the phone. The lamb, which a minuto fa was sleeping in Hugh’s arms, had become a mad beast. Hugh went to the cucina were Lisa was standing. She took a bottle of water and began drinking it, Hugh stood staring at her. She felt his eyes over her. 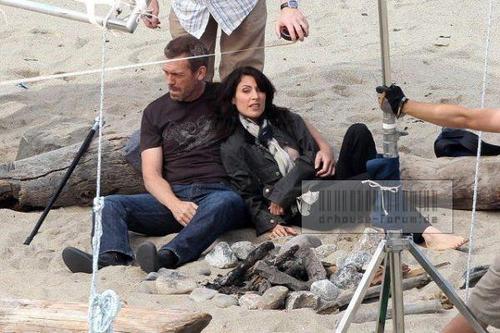 13
Photoshoot behind-the-scenes
added by ItalianHuddy
The Huli tidbit needs to stay here :-)
video
lisa edelstein
Hugh Laurie
huli
house md
6
It Was All A Mistake
posted by huddyforever
TAKE TWO!!! I hope te enjoy this version a little più than the last! It’s still the same plot (basically). I’m just tweaking it a little bit:))) Oh and sorry it took me sooo long to post. My cat (Cuddy) got really sick (she ended up sneezing a grub worm out of her…gross) and so I was busy watching her and then I got a new idea from the SMEXY PROMO!!! WOOT WOOT!!! And then so I started making a new fic and then I was like oh wait I can just combine them (hate when that happens:P) and so then I had to modify things once again and to superiore, in alto it all off I had writers block and well enough with...
continue reading...
17
Holidate (part 9)
posted by Noeloe
Thank te so much for your reviews on the last chapter! I'm sorry for the delay of this one, but I hope te enjoy it! I don't know when I will be able to post again as I have some big tests coming up... Anyways, this is chapter 9, enjoy!

‘So… you’re going to call a cab?’, Hugh asked as they entered his house. ‘I guess so. Have to get home someway…’ Hugh turned around, ‘That’s not true… I mean… te could stay.’ Lisa frowned, ‘I-I.. ehm… yes, but aren’t te sick of me yet? It would be two nights in a row… We’ve never done that before…’ ‘There are lots...
continue reading...
14
Denial [one shot]
posted by LisaLover 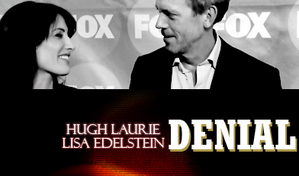 They had a break between the scenes when Lisa grabbed a bottle of water from the counter and came outside the studio to take a breath of fresh air. When she was walking among the trailers, she noticed Hugh strolling and Leggere the script. She could noticed that he was angry, o maybe he was just preparing for the role, repeating his lines aloud.

“Hey, take a little break” she smiled coming up to him from behind when he turned to face her.

“I can’t. I need to read the script one più time and practice my lines” he answered quite harshly and turned around again.

“I bet te know them...
continue reading...
11
Hugh and Lisa meet the Hulies (=C
posted by huddysmacked
Hey Hulies!!! SO as te read we are gonna meet Hugh and Lisa but in a fan fic XDDD The idea came to me because it might be fun and I wanted to do so… So this is the first chap. In the first chap not everyone will appear but meanwhile I already have planned this:

Cast: (if te want to be part of it just leave a comment)

This is totally a FICTION story, so disclaimer I own no one and nothing but my right to write. 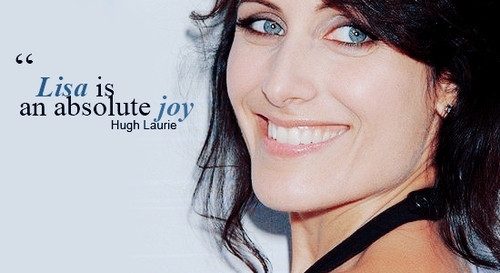 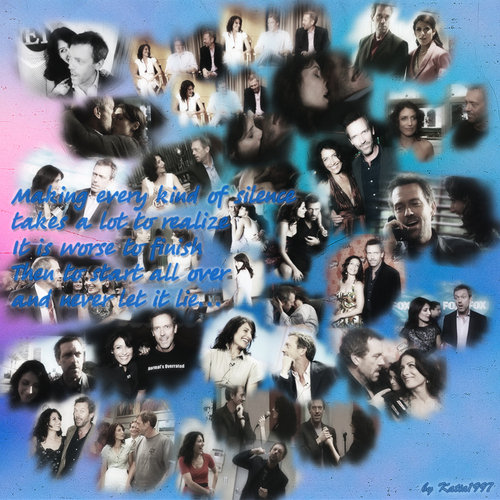 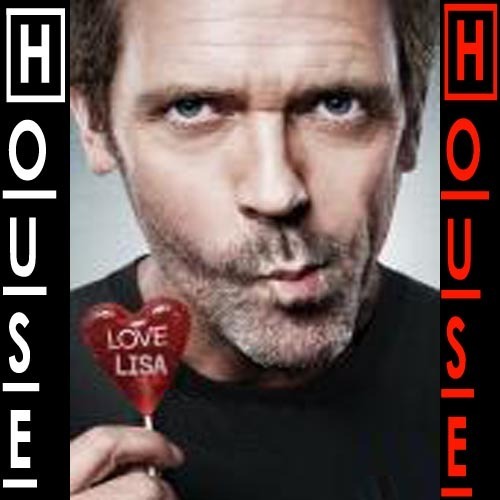 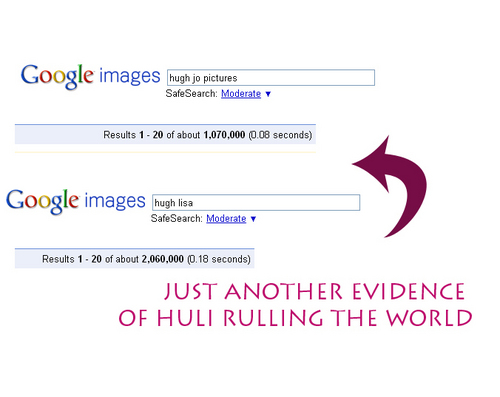 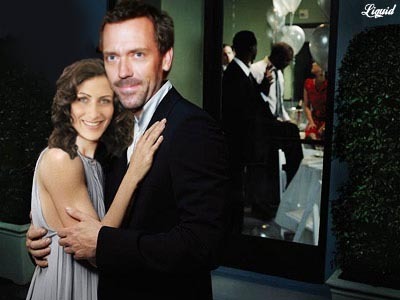 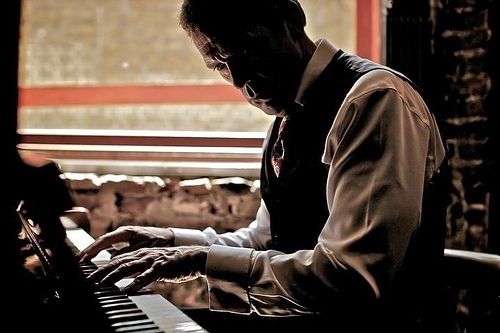 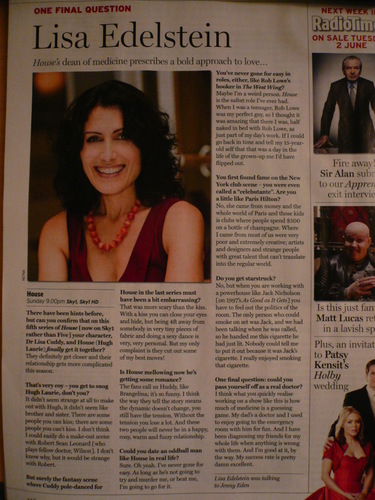 
Lisa heard the latch clapping.
Then, silence.
Nothing more.
Just silence.
No più steps. Not a soft whisper o a sigh.
Not even the deaf tumble of the door that got pulled shut.
She had her hands still tightly clung onto the doors of her wardrobe, she was keeping them burst open, staring inside.
She didn’t even know why she had gone to it. Her clothes weren’t even in there.
She strained her ears, keeping on staring ahead, blankly.
Several long moments passed.
Nothing....
continue reading...
5
HULI IS REAL/Thoughts on THE article/THE YETI SIGHTING
posted by HLforever
The following was my reaction after Leggere an articolo written da Piers morgan with a rather enormous mention of Huli. It was orginally written as a comment, but then...well things got a little out of hand and I decided it would be best if I put this out as an article. If te haven't read the articolo yet, there's a link on this spot, and te really should check it out before Leggere on. Anyways, please commento with your opinions! I really want to know what te guys think about all this (okay, I say this a lot at the end too...I guess I really am getting crazy and desperate). Haha, aright, enjoy...
continue reading...
15
Midnight Adventures (NC - 17!/M-rated!) [2]
posted by Noeloe
I guess my writers block is slowly fading away;) So for your pleasure, the 2nd chapter!

The successivo morning Lisa woke up at the sound of the alarm clock. The clock told her it was 8am, which according to Lisa meant that she had slept-in, but she still felt tired. Not the usual kind of tired though, which was defined da aching leg- and back muscles. When she concentrated on the location of her muscle-aches she stirred, she remembered her midnight-visitor and their screams of passion, which now replayed itself over and over again in her mind. But that had all been a dream, right?...
continue reading...
18
Max- chapter 13
posted by huddyislove
te are so sweet!! :DDD All those reviews!! :DDDD
Gotta Amore my sinners :))))
oh, btw. Huli Agatha Christie? xDDDDD Ok... xDDDDD
Oh, te gotta Amore this chapter...
A new direction....?
Could be.... (:C
But where would it end?
...
Like I don't know! xDDDDDD
Enjoy! :DDDDD


Once he was finished shooting the scene with Jennifer and Omar in it, George’s shift ended. He knew Lisa would be done in a bit, as the makeup didn’t take forever to be applied.
He didn’t know if he should look for her, considering she wanted to talk. He decided to wait, pretending to do something, that way when she found him,...
continue reading...
More Cards
1234567891011