2
"Simple Ways" Review
posted by BlondLionEzel
WARNING, THERE WILL BE SWEARING!

This episode is just...meh at best, and atrocious at worst.

It starts with Rarity planning a festival, and Rarity wants to impress a pony named Trenderhoof.

Rarity attempts to impress Trenderhoof, but Trenderhoof prefers Applejack. This immediately makes Trenderhoof an a**hole in my opinion. He's only attracted to applejack because of stupid stereotypes! Stupid, country, stereotypes!

Then Trenderhoof starts to stalk Applejack, while Rarity is obviously crushing on him. Then, Trenderhoof who I will now call A**hoof, because A**hoof keeps on teasing Rarity but then goes to Applejack.

Spike then tries to console Rarity, and for clarity, I don't ship Rarity and Spike. I ship Spike with a female dragon.

Rarity tries to be like applejack because Trenderhoof likes Applejack. Applejack, this made te più unlikable because te don't say no to his face!

Also, then Rarity learns the lesson and the episode ends. The way they should have ended with Trenderhoof realizing that Rarity actually cares about him, and then Rarity and Trenderhoof go out, and they denounce "Simple Life".

Letter Grade: D-
tailsfan111 and Tomoko616 like this
Windwakerguy430 I remember that episode. Not that great. Great review as always
BlondLionEzel Thanks :) 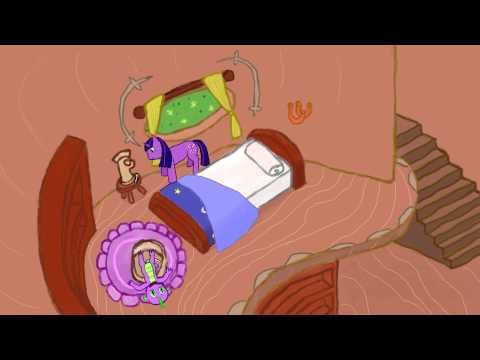 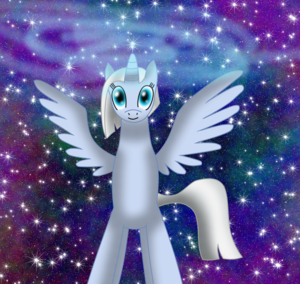 "Are they here yet? The tension is killing me!"
"There'll be worse things than tension to deal with soon... "
"Move it! They're coming, and fast!"
And then anguished screams. And then silence. That was all Silversheen could remember. Anytime she tried to strain her mind for more, she came up blank.
From what she did recall, there had been some kind of attack. Ponies all around her were running for dear life, causing a commotion. An older mare- her...
continue reading...
2
On The Block Episode 3 Part 4
posted by Seanthehedgehog
Bodyshop Ponies

After oliva got fired, Mr. Beddler was having a difficult task to get his workers to do anything properly. Gary had something else on his mind.

Gary: *With Tim near the paint booth* Have te ever noticed that there's più mares here than stallions?
Tim: So?
Gary: So? I don't know if te know this, but this is not a place for ladies to be running around, putting make up on cars....
continue reading...
2
On The Block Episode 3 Part 3
posted by Seanthehedgehog
The Story of Corporal Agarn 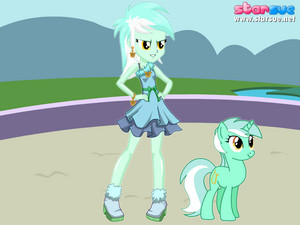 1
lyra big night
added by jbpassionstudio
Source: starsue/me
3
On The Block Episode 3 Part 2
posted by Seanthehedgehog
A picture of the new character

Master Sword: Come on Tom, let's go meet the others.
Tom: Right behind you.
Double Scoop: *Standing on strada, via corner*
Aina: *Runs out of her house*
Sunny: Hey, wait for me. *Flying in the middle of the street*
Saten Twist: *Polishing his chain saw, but stops to go meet the others*
Pleiades: *Arrives at corner*
Mortomis: *Standing successivo to Double Scoop*
Tom: più ponies!!
Snow Wonder: *Arrives in a brand new Corvette*
Cosmic Rainbow: *Flies from the clouds*
Heartsong: *Climbs out of a manhole*...
continue reading...
3
On The Block Episode 3 Part 1
posted by Seanthehedgehog
Welcome to the block, where a group of ponies that are Friends live on the same block in Ponyville. And now for your hosts, Master Sword, and Tom Foolery.

Audience: *Cheering*
Master Sword & Tom: *Standing in front of a house*
Master Sword: ciao everypony.
Audience: *Clapping*
Tom: te know what? We need a new intro. The one we have is too boring.
Master Sword: But we're not allowed to change it after we finish three seasons.
Tom: Then to hell with this show. I'm going to quit.
Audience: *Booing*
Master Sword: te were supposed to make them laugh te idiot!
Tom: You're calling me an idiot?...
continue reading... 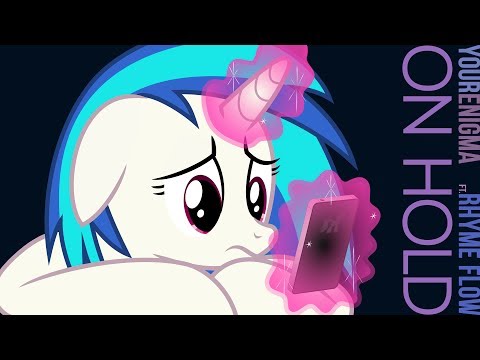 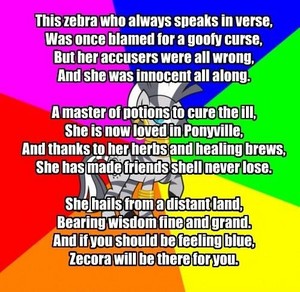 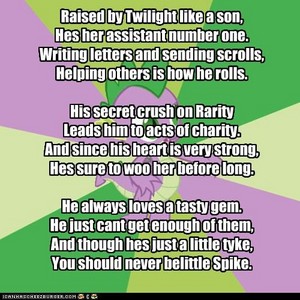 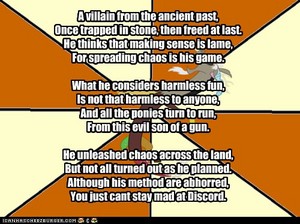 1
MLP poem...
added by AquaMarine6663
Source: Google immagini
2
Aqua Marine's journey 5
posted by AquaMarine6663
Aqua Marine engulfed her brother, Mountain Peak, in a hug. “What are te doing here?!” she exclaimed. “Careful, you’ll blow my eardrum out.” He detto playfully. “I came to visit you.” He said. Aqua Marine looked up. “But I thought te were climbing the biggest mountain in Equestria.” She said, puzzled. “Well, turns out it wasn’t exactly the tallest mountain. But once I do find the biggest mountain, I will climb it.” Pinkie Pie peered at Peak, with a strange expression on her face. “Wait, te are brother and sister, right? So why doesn’t Peak have wings?” she said...
continue reading...
1
Saten Twist adventures 8.. Part 2
posted by Canada24
Twi: *sees the all staring at her confusedly, including Saten Twist, as he and Dash were seen hovering* W. why are te all staring at me like that?
AppleJack: It's just... te were mumblin' to yourself...
Pinkie: Ooh! And don't forget the uncontrollable sobbing!
Fluttershy: We were really.
Saten: I for one thought it was hilarious.
Discord: I secondo that.. Sort of a one-pony theater piece, if te will. (shows the humorish verison of her crying). te should really consider taking it on the road.
Twi: I saw something from a long time ago. But it didn't explain what's happening now.

I swear, this episode, to me, felt più like I was watching a toy commercial rather then an actual show. The episode in domanda is May the Best Pet Win.
This episode was both boring and too cruel on characters that didn't deserve it. Also, it was another episode that made the Mane 6 unlikable. They say that arcobaleno Dash doesn't understand how pets work, but instead of telling her, they'd rather just watch her as she abuses their abilities.
Also, the episode was predictable as hell, and I'm sure the episode did that on purpose. Yeah, its that bad. Also, Tank seemed to be treated a little too badly for stupid reasons. That and arcobaleno Dash is (Warning, if te are a fan of arcobaleno Dash, avoid the successivo sentence) a cagna in this episode. I know some people liked it, but I just hated this episode a lot.
In my opinion, May the Best Pet Win was lazy, stupid, and completely predictable. But, hey, that's only my opinion. What's Your Take.
1
What's Your Take - articolo 61 - The mostra (STOP)...ers
posted by windwakerguy430

I've heard that lots of critics detto this episode was bad... and I agree with them. And it's not just bad, its AWFUL!!!
This episode is pretty much which spawned the joke of mostrare the Cutie Mark Crusaders are just idiots. Yes, writers, we get it, their not very smart. Only problem is that the joke is not funny. It's just boring, and mostrare it in many other episodes afterward is not helping it get any funnier. It's just getting più and più annoying. That is what I think is what most people found to be the problem. and, again, I agree.
But, there is something worse then that in this episode....
continue reading... 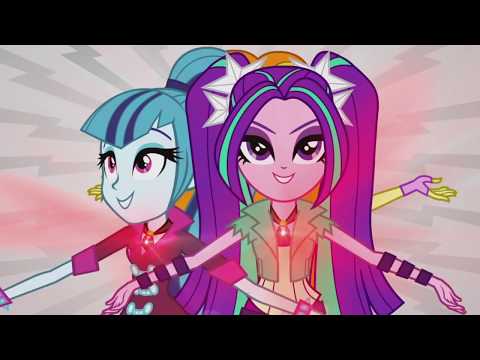 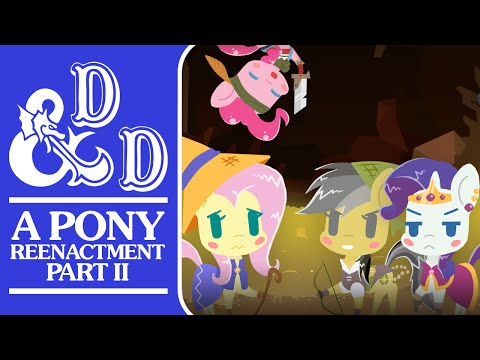 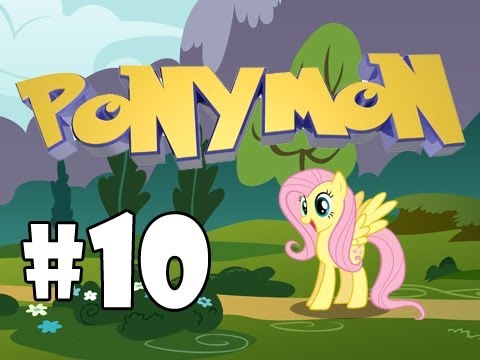 Let's Play PONYMON - Episode 10 | JigglyPuff?
added by Seanthehedgehog
This is supposed to be about ponies. Not Pokemon. Get Jigglypuff out of here.
video
my
magic
friendship
fluttershy
is
little
my little pony
My Little Pony - L'amicizia è magica
More Cards
1234567891011