1
"The Kitsune Dream"
posted by BlondLionEzel 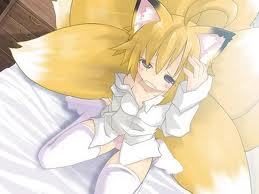 This is an idea of what Nicks Kitsune wife is like
Nick was a stressed man. He was laid off the Cake Company, he never had Girlfriend, and he he had no children. When he went to bed, that is when his adventure Began!

"Wake up, Sleepyhead!" A Kitsune detto as Nick found he was in a Two - Person Bed.

"Who are you?" Nick asked politely.

"I'm your wife!" the Kitsune detto as she hugged him. She had blue eyes, Blond hair, and nine tails, and she was very happy.

"Come on, the Kids are waiting!" She detto as she pulled a very Surprised Nick out of bed.

Then Nick woke up from the sound of his alarm clock.

"That was a Strange Dream!" Nick said.

"Was it, Honey?" the Kitsune Replied
Love, Chances, and Visions (Chapter 1)
posted by Queen_Of_Ithaca
Kenneth Riley’s experiment was almost complete. This would be his final proof that he truly could see the future. For the past thirty-one years he had seen one man’s future; Joseph Taril’s future. He reviewed the notes he made of his visions of Joseph. Joseph was born on November fifth, had black hair and brown eyes. Joseph was an only child and graduated from Washington Central High School. He had also gone to college for five years at George Washington’s School of Law. Apparently, he was a fan of George Washington, Kenneth thought.
Joseph became an attorney and started his own law...
continue reading...
In Amore With Him (Aragorn Edition)
posted by Queen_Of_Ithaca
te are walking da yourself to the Prancing pony when someone bumps into you. te twisted your ankle and fell, the fall was much harder than te thought it would be. A strong hand assists you. te take it and look into the eyes of the stranger. "Do te need help walking?" he asks. "Yes. Would te mind helping me?" He puts an arm around your waist and takes te to the inn.
When te get there he rests te in a chair and elevates your leg. "Is it broken?" te ask, a little nervous that a stranger is helping you. "No, but maybe sprained." He puts some cloth on your ankle and tightens it for support....
continue reading...
In Amore With Him (Legolas Edition)
posted by Queen_Of_Ithaca
te are walking alone, when suddenly te hear singing. te look for the voice and see Legolas from Mirkwood. He sees te and te almost leave when he says, "I know you, te are _." "Yes," te say. "It is an honor to meet you." te blush and he asks, "Were te walking alone?" "Yes," te reply. "I don't see why someone like te would want to be alone," he tells you. Your eyes fill up with tears. "Ever since my brother died two years ago, I have found no hope for myself, so that is why is wish to be alone." "I'm sorry," he says sympathetically. "Come," he says suddenly, "I will walk te back to...
continue reading...
1
Lonely Kistune...
posted by BlondLionEzel
Lyrics :

I can't stand my own faults, they bring me down,
I can't have freedom for my love
Of a Human Boy...

I can't Amore a human, My soul cries,
Amore is quite Hurtful,
To a Kitsune...

I Amore a Human...
1
In Amore With Him (Faramir Edition)
posted by Queen_Of_Ithaca
"Miss!" a voice calls from behind you. te turn around and see Faramir, Denethor's son. "Yes?" te ask. "You are _, correct?" "Yes." "Come, te must suit for war." "Wha-" "I know, but we need soldiers."
You are soon suited in shining silver armor and are nervous for your life. Faramir laughed, "Well, a woman in armor, I have never seen a sight like this before." He walks towards you. He takes your hand and bows, baciare it. "Lady _, I wish te luck in the war that is soon to come." With that he leaves and te are left alone..
You walk out where everyone else is and find a horse for yourself....
continue reading... 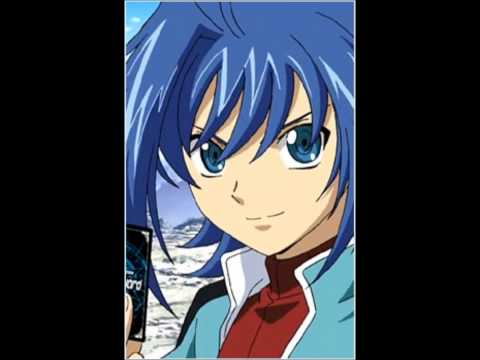