Why is Natalia KNAJ such a nasty, useless, flabby-gutted waste of space?

Natalia KNAJ aka Katherine Nichole Arsenault Jarvis “Katie” is a disgusting, swollen glob of putrid pus. Drug-addicted & completely delusional, she's been spraying the internet w/ her Photoshopped/”professional modeling” photos. She is almost 30 & thinks she has a future in modeling (modeling for what, I ask myself). She’s also completely in Amore with herself. She spends her free time drinking straight vodka & staring at her own photos. She's a liar, user, abuser of others as well as illicit drugs like heroine o whatever she can use someone for o get her hands on. She (under oath) wrongfully helped convict a drug dealer she was sleeping with, denying any involvement with him. He was sentenced to quite a few years in jail. Her lies caused him to receive an extended sentence. She’s been freaking out ever since his release as she fears he will look for her. Obviously this guy would avoid her like the plague if he rightfully spent time in jail. A kind older woman took her in out of pity 10 years fa & she ended up sleeping with the woman's husband. She gave birth to her 1st kid at 12 yrs old which caused her stomach to stay permanently stretched out & ripple-y looking. Tear off the outer “skin” of a hotdog & look at its shrivels, & baloney-like texture- after te barf you'll see what we mean. She's 120-145+ lbs, her face's swollen & has the skull structure of a goat probably due to years of drug abuse o genetics, who fucking cares either way? Her facial lips in real life look like a vagina w/ gangrene & you'll NEVER see her mostrare some tummy-thank God! 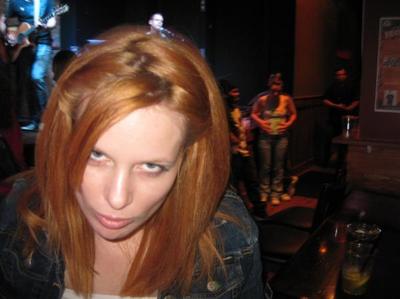