How the children of Hades and Percephone became known
posted by HarryPotter_1
As everyone knows Hades is the son of Kronos and brother to Zeus and Posiedon. But what not many people know is that he had many children with his wife Percephone- Daughter of Demeter. The reason to them not being recognised is because many of them were killed da the other gods (mainly Demeter). Although one child of Hades was spared da Demeter and the others because of her range of power. The girls name is Ashla and she proves to all of the gods of Olympus that 1.) A child of Hades isn't bad. 2.) That people can like her even after they learn of her father and 3.) That Ashla is the most powerful of all the Hades children taking her Grandmother, Uncles, mother, father, and all other Gods da surprise. Now acording to mythology Persephone was abducted da Hades and forced to return to him for a time every anno because she ate the pomagranite. This is true, but Persephone actually turns around and begins to Amore Hades. They had their first three children who were of course killed, but Hades and Persephone never gave up. When Ashla is aloud to live, the two gods are really happy. Demeter though did not want any more, so she made Hades and Persephone infertal, so Ashla is alone, but very close to her father. unisciti her As she takes on the test to becaome a full godess with her Friends Damon and Keaira. Will she become a godess? Who knows just wait and check out the fanfic coming out. autore iluvPrinceMJ213. :)Title: The Children of the Gods. 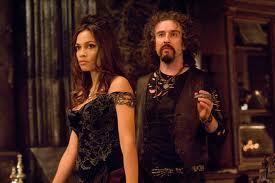 Mom and Dad
added by HarryPotter_1
1
Children of the Gods
posted by iluvPrinceMJ213
It wasn’t a surprise when me and Kaden were almost struck da lightning AGAIN! Zeus was the god of the skies and he hated us. It wasn’t our fault our mom had a vengeful personality o that Zeus couldn’t keep his pants up. I can never decide who has più blame but if they weren’t like this I wouldn’t be alive. I was the only one of Apollo’s kids to have the sun power which meant I warmed up faster so I easily dried after me and Kaden jumped in the lake to avoid the lightning. But Kaden was still soaked to the bone and somehow his black hair and dark blue eyes seemed darker making...
continue reading...

Hades and Percephone's child symbol
added by HarryPotter_1
Source: I created this 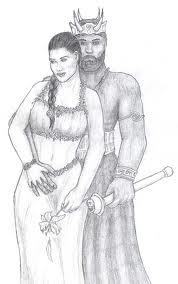 Hades and Percephone
added by HarryPotter_1

A better symbol for the children of Hades and Persephone
added by HarryPotter_1
Source: I did this 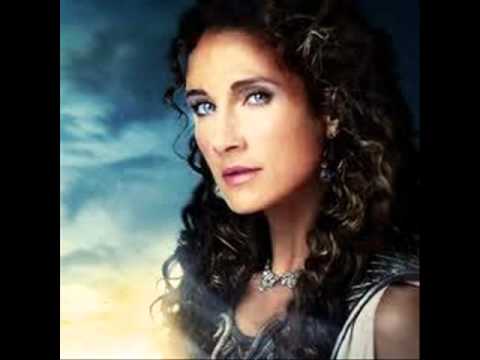 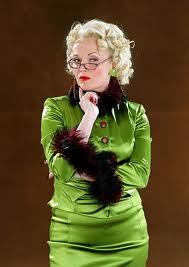 Grettings rabid readers! Rita Skeeter here reporting to te live from the home of iluvPrinceMJ213 autore of the upcoming Fanfic. (title not realeased)

So what inspired te to write such an adventurous Fanfic?
I guess it was Leggere Percy Jackson and listening to my friend, HarryPotter_1, ramble on and on about the stories.
Can te give us the names of a couple of characters?
There's Ashla, Keaira, Damon, and many more, but I don't want to spoil
How long until it's out?
I really can't say. I guess as long as it takes me to finish Scrivere it.