1
Damon and Elena Sexy Times Part 18
posted by c_j_clark
“How….” I detto slowly, trying to get my head around what Katherine was telling me. I was her humanity? I was her SOUL? “How…” I detto pathetically again. She sat down on the sofa and held her empty glass tightly. She looked up at me.
“When Emily removed my humanity, she locked it away. She told me that the only way I could ever get it back was if it was…born again. Then she would chant a spell and my souls would be united.” She stared sadly at the floor. “But Emily has gone. Her spell has gone. There’s no way I can get my humanity back…” Damon’s mouth stopped hanging open and he fumbled out his words.
“So, Elena is…you? She’s what te were like when te were human? What te would have been like if those Vampiri#From Dracula to Buffy... and all creatures of the night in between. hadn’t attacked you?” He rubbed his eyes and ran his hands through his hair. “So if te were to unisciti back with your humanity…what would happen to Elena?” He asked quietly, his face dropping as he guessed, just like I had already.
“Her body would die but the soul would remain. Like a ghost.” I shuddered.
“W-w-would I lose myself?” I asked, frightened. What if Katherine managed to do it? What if she managed to get her humanity back? Would she still remember everything that I had been through in my life? Would I be alive as her? I didn’t want to die.
“I don’t know,” she answered thoughtfully. “Well I don’t think so, seeing as te are actually part of me.” Amazingly this commento didn’t make me feel any better.
“Oh my god, this is way too much…” I detto faintly and I fell backwards onto the chair behind me. Damon rushed to my side.
“Are te ok?” he asked softly, brushing my hair out of my face. His eyes were full of worry.
“I’m ok. Well, I guess I’ve been better. How is Isobel involved in all this though?” I asked Katherine.
“My soul was protected in a Streghe#The power of three locket. If anyone opened it the soul would enter them. I always thought that the soul would just reside in their body, like the body recitazione as a host, but it seems to me,” she detto as she circled me, staring at me intensely, “that the soul took on the form of myself as a baby, and the person who opened the locket carried the baby. The locket could only be opened da a human. I kept the locket with me searching for someone to help me get my humanity back, a suitable human who would be happy enough to die, o so I thought, to make room for my soul. It was until one fateful giorno that my locket got stolen. A band of travelling vampire’s allowed Emily and I to unisciti them, but one night, one of them ha rubato, stola my locket whilst I was sleeping and the successivo morning they were all gone. And they had taken my humanity with them. Of course none of them could open the locket, but it was devastating thinking that I may never get it back. I searched for them for years alongside Emily, who did everything in her power to try to find them. Eventually we ended up in Mystic Falls, where I met te two,” she said, pointing at both Stefan and Damon and grinning. Damon’s face softened suddenly.
“Katherine, I’m so sorry. Now I understand everything. te didn’t Amore me because te literally COULDN’T Amore me, and te can’t help but be the way te are. That must be terrible.” He walked over to her and placed his hand on her shoulder, but she brushed it away instantly.
“I don’t need your pity, Damon,” she retorted. The fact that she couldn’t use most human emotions and experience most human feeling crushed me più than I thought it would. It was like something was aching horribly inside me. I clutched my painful chest and breathed slowly. Damon was back at my side and he held my arm.
“Elena, what’s wrong, are te ok?” he asked again.
“I just had a weird pain in my chest,” I breathed as I composed myself. He held me in his arms. Katherine cleared her throat.
“Anyway,” she began. “The locket must have travelled from vampire to vampire o something. I’m not quite sure. But one giorno Emily had a vision. She came to me and told me what she had seen. She detto “…Isobel will save your soul.” She didn’t say anymore on the subject apart from that one little sentence. I never knew what she meant…until now.” She was in front of me in a blink, but stopped abruptly as Damon put his arm out to stop her coming any closer.
“Isobel was your mother, wasn’t she?” Katherine asked. I nodded and she sat down in the chair successivo to me. Stefan, who had been quiet for a very long time, also sat down. We all sat in silence for a while, taking in what each of us had learned in the evening of events. I was dumbfounded. All this information was a lot to take in. And thinking about the fact that I was only Katherine’s humanity made me feel…not completely human. It just made me feel like a kind of “storage box” for her soul.
vamp2wolfgirl2 likes this 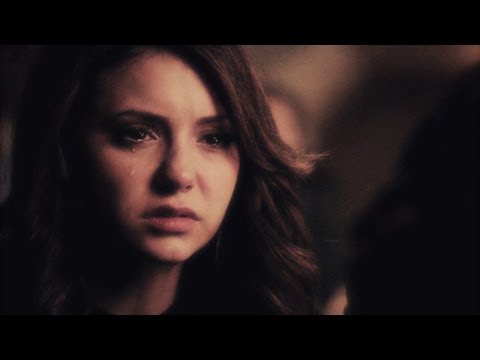 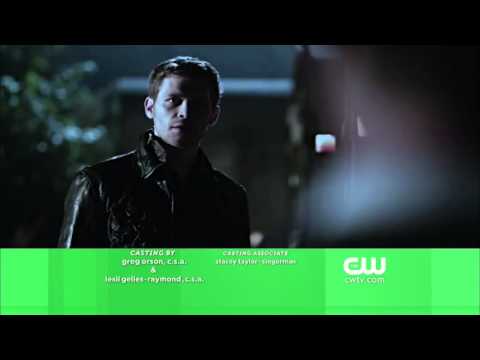 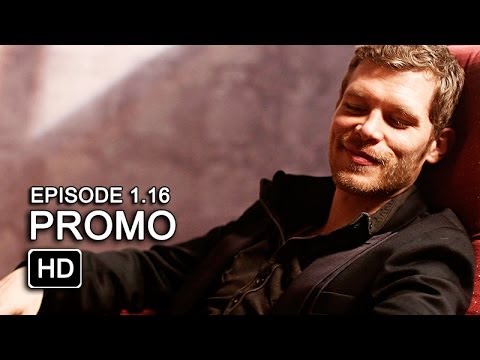 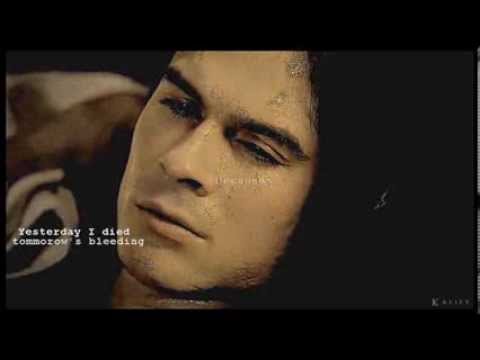 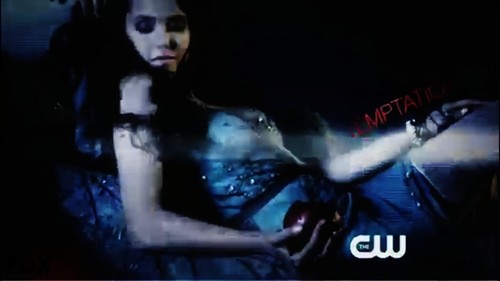 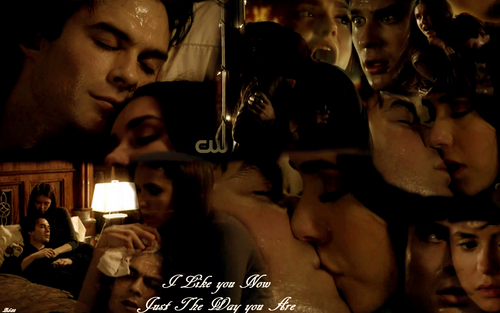 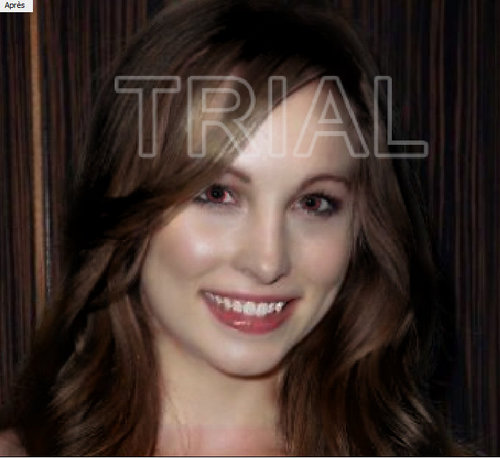 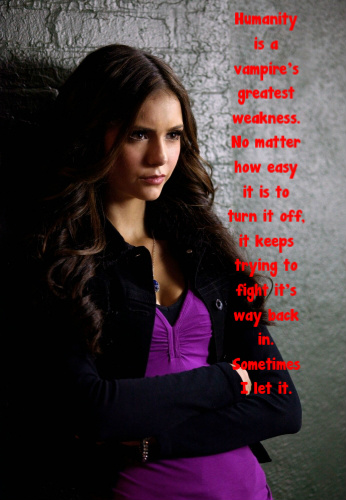 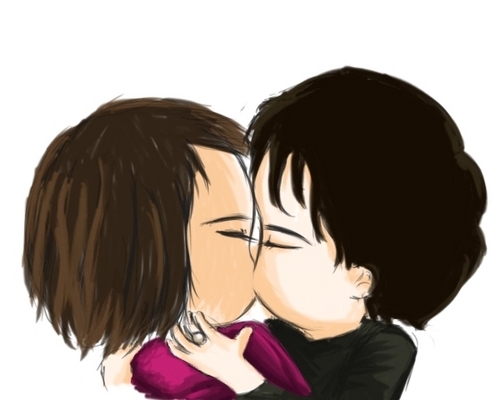 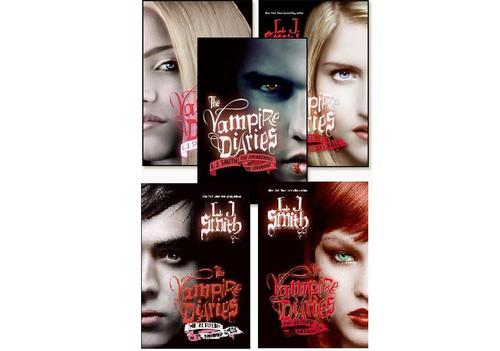 2
THE 5 libri
added by vamp2wolfgirl2 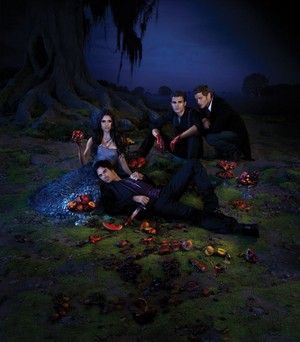 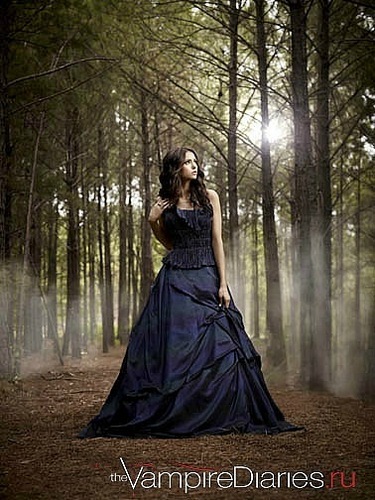 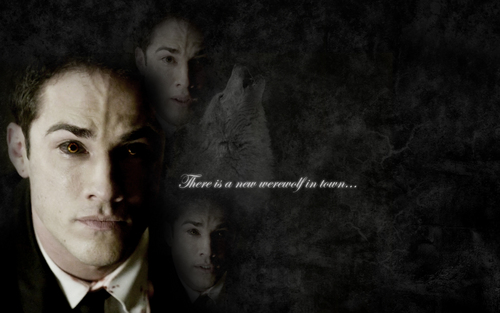 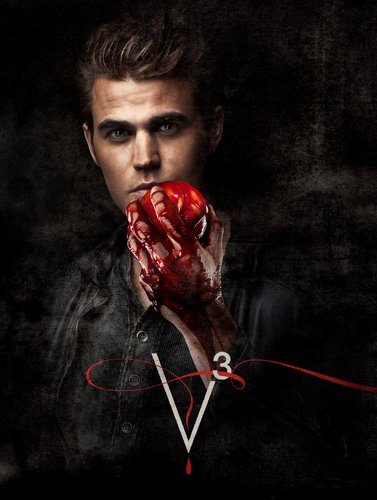 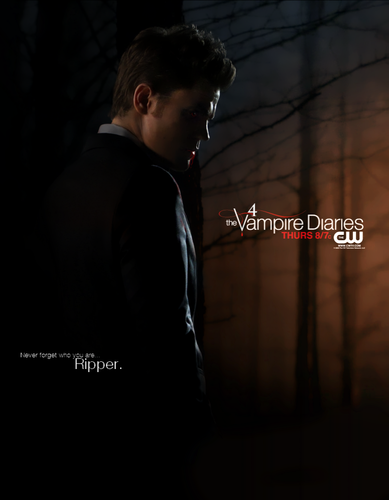 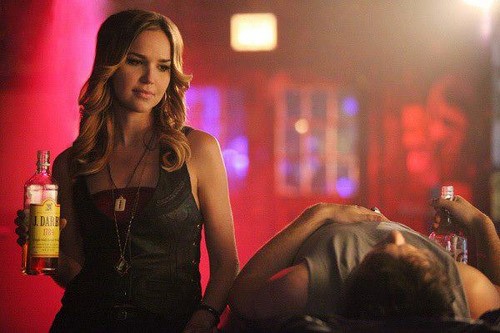 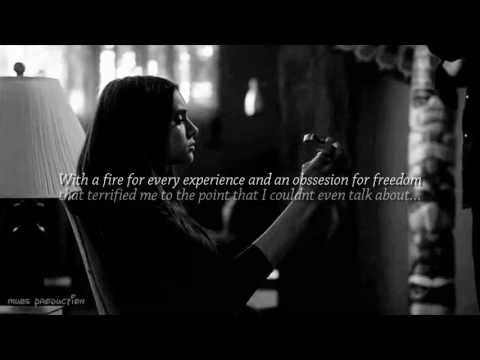 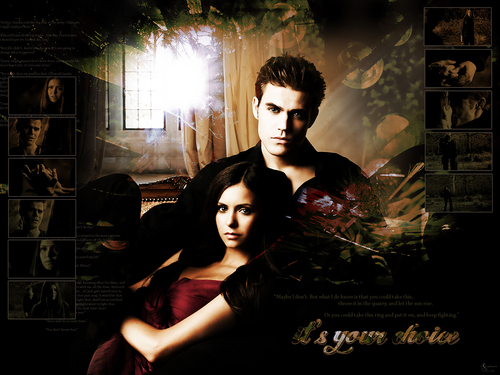