1
Last of the Sparrow
posted by Robin_Love
“You think I would give te that opportunity?”
“I think you'll have no choice.”
She looked at him, amusement in her eyes.
“You presume much.”
He smiled and opened his mouth to speak again but was cut off when Bruce came to the mic, asking for everyone to unisciti in the crostini, pane tostato for Devin. She watched as her dance partner moved quickly off the floor and up to the make-shift stage. She glanced about before making her way out the door and towards the front door. Alfred handed her the cappotto she'd worn.
“It was good to see te again, Ms. Stevens.”
“Same to te Alf. Watch over all of them for me. And I was never here.”
“Of course, madam.”
She flashed him a smile and walked out. She felt the need to stretch her legs and opted for walking home rather than teleporting. Her thoughts were taken up da the sudden warmth she had felt being in that house again. Devin had invited her as a friend and had even picked out one of her old dresses for Becca to wear. After that, she couldn't have detto no; she had practically been held against her will. But things between herself and the first Robin were yet to be cleared in her mind. Seeing him after years of avoiding him made for some serious heartache. But she was okay now. He didn't remember her nor did she feel anything for him. She smiled at the ring on her finger. Just the thought of her husband asleep in letto was funny to her. Knowing him, he was pacing the floor till she got home before running into letto and recitazione like he'd been asleep the entire time.
And that was the situation she found herself in as she pulled her keys out from her pocket.She heard his feet sposta “soundlessly” to the bed. She paused a bit before entering and locking up. Becca put her cappotto away and proceeded to the bedroom, where she slipped out of her borrowed dress. She crawled up on the letto and laid on her husband.
“I'm home, love.”
He rolled over and looked at her.
“How was it?”
“Extravegant. But it was okay. The feelings have passed.”
“..you sure?”
“Yes. I don't need a protege of the Bat to save me o Amore me. I had the chance and it didn't work. We didn't work. Besides, I Amore te and I don't think I could have ever loved him the same way.”
A smile crawled on his lips and he kissed her softly.
“I Amore te too.” 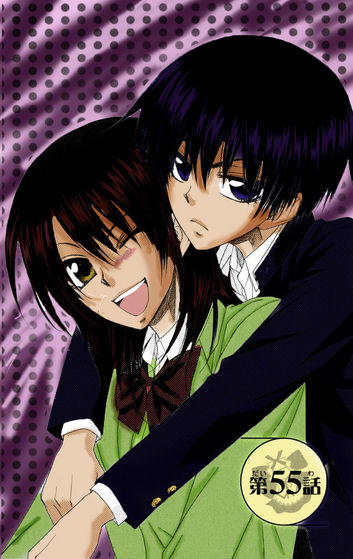 Tyler and Becca
DiscordYJ likes this
Kurls_Basd awwwwww there so cute and adorable
killer24 Very interesting, it's sweet how he worries. She has no feelings for Robin that's weird coming from a person named 'Robin_love' haha
Kurls_Basd lol so true Killer.....R_L saying something like that
Robin_Love I didn't like how I had broken them up so...ta-da
killer24 Everything I say is true) Alex: "lies, its all lies" (*punches Alex* he's joking, I never lie, I'm wrong sometimes but never lying)
SilverWings13 oooooooh, I thought these were supposed to be a flash-back of before they were together... Never mind then...
Robin_Love XD
DiscordYJ ((OMG.... I KNEW IRTaskljreawk rhj geRD.... THIS IS BADASS... <3 I'M glad Becca was so calm about everything ^u^))
11
Character makers online!
posted by AislingYJ
Updated 6/3/14
I'm bored, so I thought I'd share with te a few websites online that te can design your characters! There are tons of websites out there, these are just a few.
link
This website is da far the best superhero generator I've found. Basically te use it to make your character in costume. They have endless options of costume parts for both male and female characters, and they even allow te to sposta parts around, resize them, and color them. te can save the character to the game, and then load it later, but if te want to save an image to the computer, te have to take a screenshot....
continue reading... 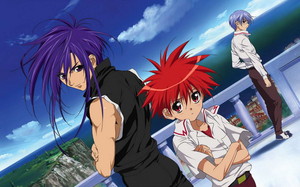 Because I ship a lot of ships
added by SouthYJ
Source: TTTUUUUMMMBBBLLLRRR

YOUR AFTERMATH
added by BeccaYJ