Rank: No official rank given, but has the strength of an alpha

Personality: He is an extremely warped individual that tortures small creatures and other Lupi for pure entertainment. He despises social order and anyone in his way.

Rivals: Kate, Humphrey, Winston, the UWP, Pretty much everyone

Bio: Kasady is a young, skinny red coated lupo that was once part of the western pack. Everyone expected him to be an omega, but hating omegas, he wanted to prove his worthiness of being an alpha da enrolling in alpha school, which was taught da winston. There, he met and fell in Amore with his daughter Kate, who ended up teasing him and picking on him along with the other pups. He tried and tried to impress her, but the più he failed, the harder she laughed. In the end she and a few of her friend humilated Kasady, which is when he snapped. He kidnapped one of Kates Friends and mutilated her. Where he adapted the name "Carnage" He would then write his new alias on the walls in his victim's blood.

Once Kasady was caught after several killings, Winston and the alpha's drove him out, threatening to kill him if he ever returned. Kasady swore revenge on all of the alpha's especially Kate, and her husband Humphrey.


As Kasady grew up, he learned of the symbiotes and how Jett's brother became venom. Wanting the power, he went and obtained a small peice of the venom symbiotic, but it became unstable when it bonded with him, causing it to turn blood red, and have different abilities than venom. He then picked up his "Carnage" persona, and is now once again, a serial killer.

Kasady with the Carnage Symbiote
BlondLionEzel and SentinelPrime89 like this
What's your take, episode nine, DRAGON SOUL
posted by Canada24
Well.
I read this one along time ago.
And I don't remember EVERYTHING. But still remember, enough.

I have sort of mixed feelings about this one.

Humphrey has some sort of magic abilities. Like something from dragon ball Z o some shit.
I don't know. I don't watch shows like that. But enjoy the games.
The type of, soul Calibur, type of battling.

Anyway.
But I remember this being anouther one of those stories involving too much sex.
God. It's like Sparatacus. Too much fuckin sex and nudity. But I still enjoy it anyway.

But there's awesome battles involved, I remember that.

I think it's against the southern...
continue reading... 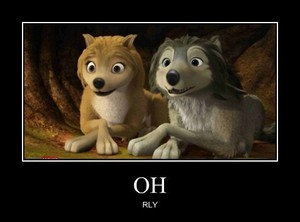 4
oh really?
added by RookieCat
Source: ME
The Brotherhood. Chapter 6: The Hunt Begins
posted by sxyomega
Early the successivo morning, Anders awoke to Faith sleeping peacefully successivo to him. He happily snuggled up to her. He loved the warmth that it brought. He continued to snuggle until he remembered something that made him cold as ice. Today was the giorno that he would have to go off and look for his three brothers.

He slowly got to his feet and watched his Amore sleep. "Why did this have to happen?" He thought.

"Faith," Anders nudged her softly on the cheek, "Faith...Time to wake up." Faith slowly opened her eyes and yawned.

"Of course Faith, I always sleep...
continue reading...
The Brotherhood. Chapter 5: Decisions
posted by sxyomega
"You want me to do what!?" Anders yelled at his mother who refused to look at him.

"You're being sent to track down your brothers and bring them back here to fight."

"You can't be serious can you? te actually expected me to agree to this?"

"It doesn't matter whether te agree o not," Humphrey said, "The council has made their decision, te have no choice o say in the matter."

Anders paused and looked at both of them. "You can't be serious." He repeated while looking for any change in his parents hoping that it was only a terrible joke. After a minuto of silence Anders finally sat down in astonishment....
continue reading...
The Brotherhood. Chapter 3: Nightmares
posted by sxyomega
Kate found herself on a collina overlooking the valley. The moon was full and bright She could smell the faint scent of blood in the air. She looked down into the valley and saw a huge battle that was taking place. Seeing this, she began her descent down the collina and into the valley. Her mind was racing with thoughts and questions, but as she got closer to the fight she put those thoughts behind her. She was ready to take back what was hers.

She came to a wolf, which looked like a enemy wolf. She pounced once she was close enough and only tumbled to the ground. The lupo seemed not to notice her....
continue reading...
Lilly and Garth pt6
posted by OfficalLilly
CHAPTER 8

When his smile turned to a frown I nuzzled his shoulder.He met my eyes as mine sparkled.He brushed my bangs but looked down.I felt bad,he had to marry Kate.I felt bad for Humphrey.Things rushed through my mind I just wanted to scream.Kate laid down on the thingamabob as I did Humphrey laid across the RV floor from Garth.I fell asleep after Kate and the rest.

It must've been hours,Kate,Humphrey,and Garth shoke me awake as the Rv stopped.

Kate:"C'mon were home."She detto in my ear.I just wanted to cry.I flew out of the Rv with Garth and the rest following me,I ran right into my mother...
continue reading...
4
No Place Like Home: Chapter 44 - No Rest for the Weary
posted by EightySix
Through the forest, voices could be heard, laughter and discussion as Eight the Beta and lilla the Omega made their way across the distance between Eight's small, personal tana, den to the clearing behind the treeline where the Omegas spent most of their days.
The ground was cold and hard this day, and moisture from the night before still covered it, sticking well to last winter's fallen pine needles, leaves and twigs. As they padded along an audible crunch could be heard with each paw step they took, but it was no concern to them, they had each other to be infatuated with currently and that was...
continue reading...
2
No Place Like Home: Chapter 42 - A Wonderful New giorno
posted by EightySix
The evening tread on, the moon pacing the lower parts of the sky on its way down.
The pack members were fewer and fewer on the howling rock as the hours passed. One o two would leave at first for whatever reasons, some alone, some in small groups, and those lucky few who left with that special someone, but as the night went on and on, the Lupi all packed in until only two o three remained, and even then, they had trailed off just before the sun rose.

It was a late night for the entire pack, even Stern and his crew got their play, despite having to run the standard perimeter checks earlier...
continue reading...
Chapter 2 unknown I meet the packs!
posted by buddydevos
As I wake up I find myself still in pain but it's now easier to walk. I start to follow the trails and railroad track till Iget to a valley with a struggling caribo at the end of a stampede" perfect " I say to myself as I run as fast as I can jump onto it's back and bite down on it's neck. A few secondi of struggling and it went limp so I started to eat. "who are you!" I jump now seeing 3 Lupi starting at me! I choke a little bit trying to comprehend what is goin on. Before I could respawn to the first domanda another big lupo come around says "your on our turf and te ruined my hunt WTF...
continue reading...
No Place Like Home: Chapter 21 - Changing Seasons
posted by EightySix
Eight and Deogee trekked on, their paws treading up the ground behind their steps. They paced along the treeline, where the growth of tall erba and wheat was stopped da regular daytime shade making way for the forest to begin. This was the edge of the once golden field that lay in front of the tana, den rock. The giorno cooled some, but the sun came out now to hang dimly in the sky. It was after mid-day, but not quite late afternoon. Most of the jobs around the clan had been done, leaving the feel of a lazy giorno all around.
Eight moved on with the old wolf, away from the den, away from the pack. They...
continue reading... 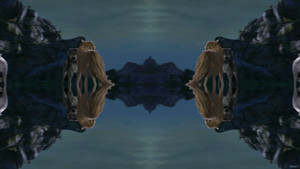 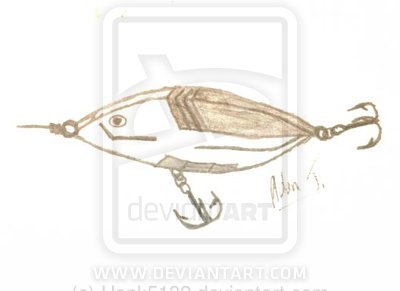 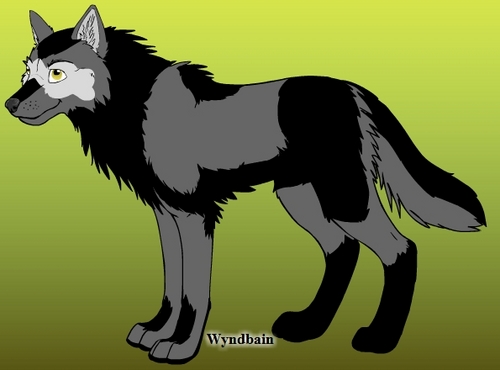 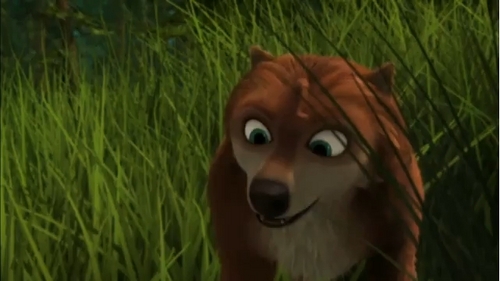 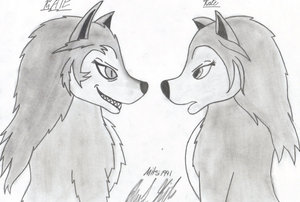 
"Your monster??" Eve asked. "Wait a secondo Kate your not planning on letting
that thing free are you!!!" "MOM what choice do I have, theres no way I can stop those
guys on my own and lets face it she the strongest one here and da far the only one who
can stop those hunters ounce and for all!!" Winston walks up to Kate and puts his paw
on her shoulder. "Wait Kate, let us come with you, we all can help you!" "You don't
have to do this on your own!" Kate stares at her Dad and smiles. "Thanks Dad.....but
there is no way I'm letting your guys risk your lives." "This is...
continue reading... 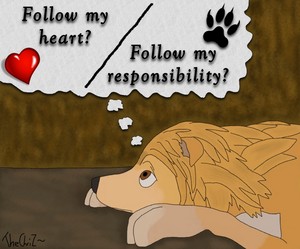 Humphrey was beginning to get tired. This battle had done più than wear him out, but it was continuing to go on nevertheless. As he looked at the valley around him, all he saw was death and carnage. The Lupi were slowly being picked off da the human reinforcements that were no easier to see now than they were before. He knew that something had to be done about this. He just didn't know what.

As he was looking around, his eyes fixed on Kenya, his sister, one of the only kin he had left. She was fighting gallantly and bravely, successfully holding her own...
continue reading...