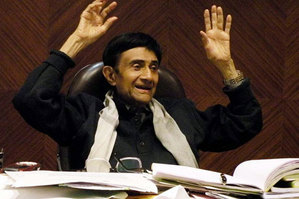 The 50s was the era of black and white classics, and the ruling stars included Dilip Kumar, the thespian, Raj Kapoor, the serio comedian and Dev Anand, the eternal romantic. Each had his own distinct style and fan following. I was an ardent admirer of Dev Anand from my teens.

I clearly remember watching and loving him in Funtoosh, Baarish, Kala Pani and Amore Marriage. He had the best looks and smile of his era and his puff was legion.

There was no better romantic actor than him. With his unique style and fluidity,...
continue reading...
Aishwarya Rai To Perform and actor Rajesh Khanna to receive award at iffa 2009
posted by manoharv2001 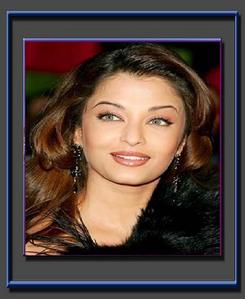 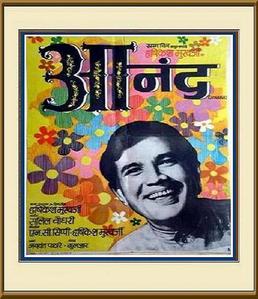 
Frank Capra's immortal observation: tragedy is not when the actor cries; tragedy is when the audience cries, perfectly fits Anand. It is a film that keeps its protagonists dry-eyed but makes the stoniest blink with emotion.

In 1970, the anno of Anand, another film about a bravely dying protagonist Amore Story (Ryan O'Neal, Ali McGraw), stormed the world. Perhaps it was just cosmically ordained that at that time the world would be in the mood for a collective, cathartic cry.

Heroes for our times


Emblematic of our collective longings, each superstar of Bollywood is a window to the hopes and angst of his times…

....The 1970s held no such confusion. Not just the country but the entire world had retreated into a hippie-induced haze. Rajesh Khanna may not have been a part of “Hare Rama lepre Krishna”, but with his crinkling eyes and dancing hands, his body language communicated intoxication and the nation got high Canto “Jai Jai Shiv Shankar”. The sub-text of his drawl in “Amar Prem”, ‘Pushpa, I hate tears' was denial. Something that the society outside was mirroring. His trono of romance was usurped when a tall, lanky young man decided enough was enough and he was no longer going to tolerate the injustice meted out to him da the discriminating world he encountered......

Rajesh Khanna - The Super stella, star of Indian Cinema was honoured with the Lifetime Achievement Award at the Videocon IIFA at The Venetian Macao-Resort-Hotel during June 11 to 13, 2009 in Macau.

Akshay Kumar has made a secret pledge to himself. As soon as the first copy of his retro-homage to the 1970s, Action Replayy, is complete, the first person who will watch the film will be his father-in-law Rajesh Khanna.

Arrangements have already been made for the special screening sometime successivo week. Akshay has clearly told his director-friend Vipul Shah that no one gets to see Action Replayy before Rajesh Khanna.

Ever since Akshay Kumar could remember, he has been the hugest fan of Rajesh Khanna. And now the...
continue reading...

The Deputy Minister of Information & Broadcasting Jagathrakshakan, director K Balachandar and a host of other technicians and actors were present at the venue during the inaugural ceremony.