15
Of Vampires, Love, and Souls-- Why did Spike decide to get his back?
posted by Cinders

Spike in "School Hard" when he was badass and not a pansy
Let me ask a (common) question: Why did Spike decide to run off and get his soul?

I know the automatic Spuffy answer to this-- Because he was in Amore with Buffy. I've heard this. And AFTER he gets his soul and becomes all un-crazified, I do not doubt this claim.

HOWEVER-- I have plenty of issues with the claim that Spike was in love with Buffy beforehand.

Let's go back and take a look at how Spike acts when it comes to girls and relationships throughout the show. Obviously the main relationship we see him is with Drusilla. It's clear, especially when Angelus comes into the picture, that Spike is completely dependent on his relationship with her. I'm not saying he can't live without her, just that he needs her più than he wants her. She may be crazy, and he may look after her to an extent, but he likes looking after her, he likes her needing him back. In a word, he's clingy.

When he is a human, he is very emotional too, as evidenced da the poem for Cecily. Spuffy fan will say this is proof that he loved Buffy-- he was sensitive o open-hearted o whatever-- but first of all, it just shows he was a pushover, and secondo of all William is as different from his vampire counterpart as Liam is from his.

I don't deny that he needed Drusilla, and he was dependent on her, o even that he loved her, in the only way a vampire can love-- a sadistic, twisted Amore as evidenced all throughout season two.

So let's fast inoltrare, avanti a few years to season four. Now I'm only going to say this once: A mechanical chip manufactured da the military is not the equivalent of a soul. Just because te cannot hurt someone doesn't mean te lose the will to.

Spike gets his soul for Amore of Buffy... Huh?
Spike lusting after Buffy made perfect sense. It added great humor and even some angst at times. Spike wanting to need her, o have her need him, just like he was with Drusilla. He was obsessed with her, but he didn't love her. Most of his actions relating to her were selfish ones. So then Seeing Red comes along and he realizes he's a terrible vampire person and needs to get his soul.

Do te see my connection here? Spike is already recitazione like he has a soul. Which is a glaring gaffe on Joss Whedon's part if te ask me. But he doesn't. He just couldn't hurt Buffy for a while and somehow in that timespan (two years) out of the 120 odd years that he had lived managed to "fall in love" with her.

I think Spike was obsessed with Buffy. I do not think he loved her.

So Spike makes the ludicrous decision to go out and get his soul. Two years with a ruddy chip in his head and he's gone all soft, not just with Buffy but in general. Two years and he did a complete 180 on who he had been for the past 120 years. Do te understand why I consider this a gaffe yet?

I adore Joss Whedon, and am a loyal fan of Buffy, Angel and Firefly, but... But I just couldn't abide da this relationship he decided to toss in there. Because the motives were weak. I felt as if Spike's obsession with Buffy was just the vehicle in which to get Spike to a place where he would want a soul.

"Sarcastic" Spike in Season 4
Let me get something straight: I Amore Spike. Personally, I'm not a "love-struck" Spike fan. I much prefer "evil" Spike, "crazy" Spike, "sarcastic" Spike o "Fighting with Angel" Spike (Cavemen Vs Astronauts has become a divisive topic among Friends of mine). However, Spike obsessed with Buffy, I could buy. It made sense. He couldn't hurt her, what else did he have to do with his time? But Spike deciding to run off and get his soul because he was in Amore with Buffy made me go "Huh?" Where did that come from?

It just didn't make sense. No matter how much Angel loves Buffy when he's with-soul, when he's Angelus none of that matters. If te put a chip in Angelus's head would he loose his taste for Scoobie violence? o in Drusilla's head? o Darla?

te see? Substitute any other vampire and it just doesn't work. And if there's one thing Spike isn't, it's a pushover. Two measley years wouldn't be enough for him to realize-- without his soul-- the error of his ways because of his Amore for Buffy.

But that's just my humble opinion. Sorry, I needed to rant.
zuntiz, lovedeath26 and 13 others like this
x-missmckena-x good article!
tisha Well said, Cinders! *applauds* I always wanted to make this argument, but could never put it so eloquently into words. I love Spike's character, but I had a huge problem with his "love" for Buffy while he was still a souless, evil demon. AFTER he gets his soul is a different story. But then, I don't think he should've wanted to get that soul in the first place.
Kitzo Well said indeed. While personally, I don't agree whole-heartedly with this, it is a good argument and nicely put.
adwbuffy your absolutly right he should have get over Buffy and move on. But not get a soul just Angel that is so wrong
mcewen_girl you put up a good argument and i somewhat agree that he might not have really loved her in the begining before the soul i do believe he did after he got i mean come on the serie finale was excellant proof the old Spike would have left and let the whole world crumble into pieces and the only reason he didnt is because he loved buffy and cared about the rest of her family. So i have to diagree! Srry
Cinders I never argued that he didn't love her after he got his soul, I just didn't understand his motives to go get a soul in the first place.
purpletouch i guess bein w/ druscilla does really raise the question who in their ryt mind wud wana be w/ a crazy b.. lyk her. and so we jump ryt away into the conclusion that there's sumthing wrong w/ that person. in this case spike. but wat u see as bein clingy i see as being devoted. true spike is not william and he's in almost every way diff. from william but not when it comes to being devoted to the one they care for. and why druscilla? she's obviously the only one he had came across to so far who cud keep up with him until buffy came into the picture. and let's not get into love is blind bs. love isn't blind it sees but doesn't mind and abt. the whole attempted rape and him ff. buffy around like a pup convincing her that she has a thing for him too like he does lookin like he's obsess abt her. i'd be more surprise if spike didn't do any of that. spike is a former bad ass and a chip isn't enough to take the bad ass completely out of him. so do u seriously expect him to jus sit around and take no for an answer. and u might ask if a chip isn't enough to make him have a change of heart completely why be sorta a diff person and fall for buffy? all i can say is when love hits u it jus hits u. that's why they call it falling in love you fall from who u are. 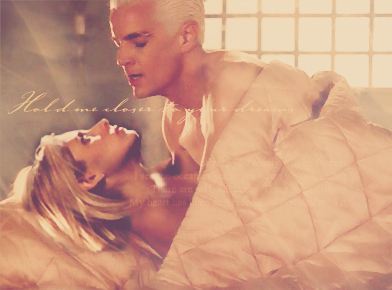 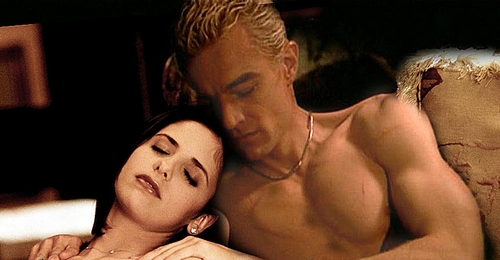 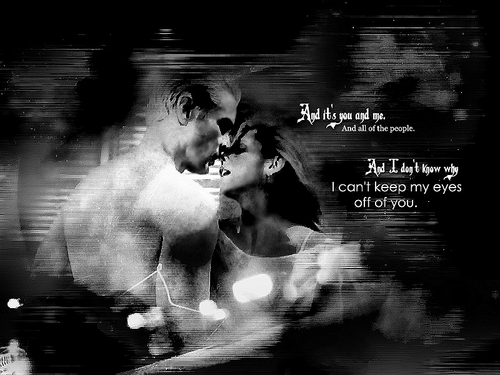 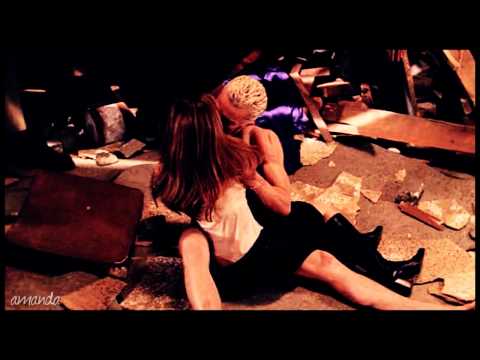 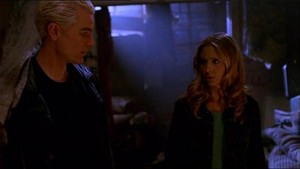 Buffy and Spike
added by RoseLovesJack 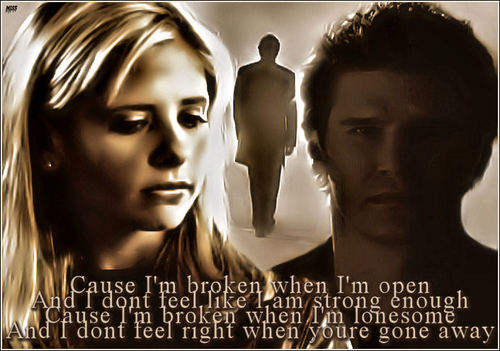 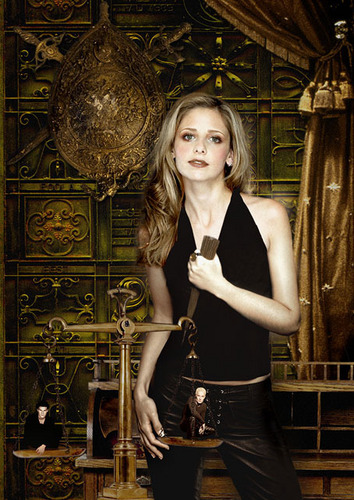 2
Buffy & her Vampiri#From Dracula to Buffy... and all creatures of the night in between.
added by Angie22
Source: Arthelius 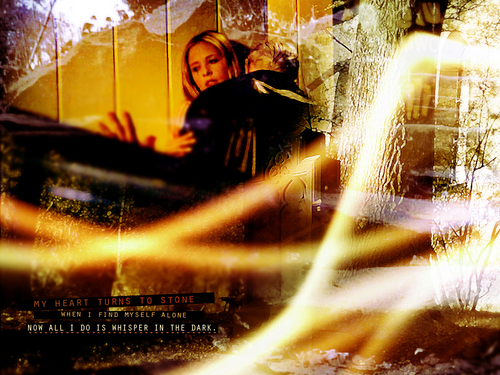 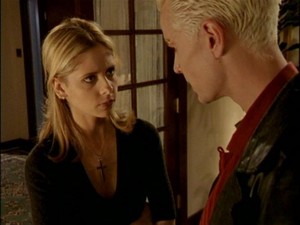 Spike and Buffy
added by RoseLovesJack 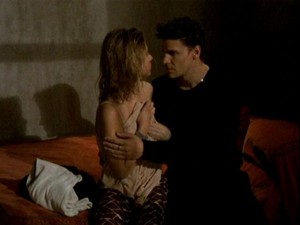 Buffy and Angel
added by RoseLovesJack 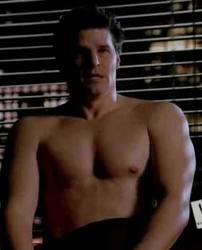 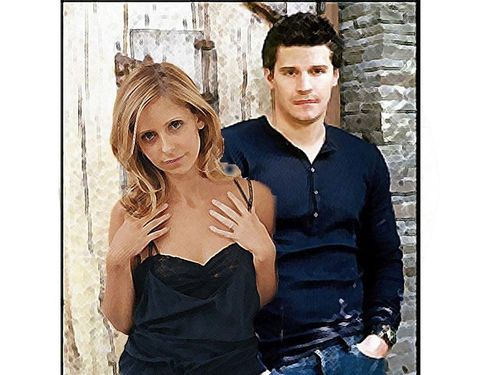 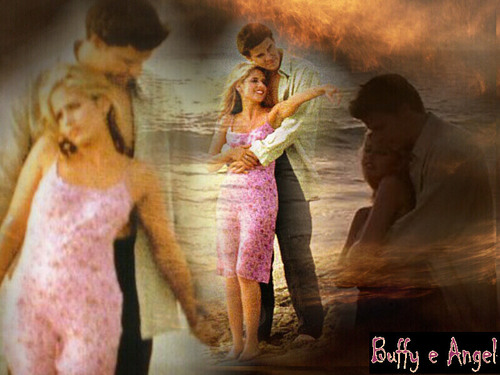 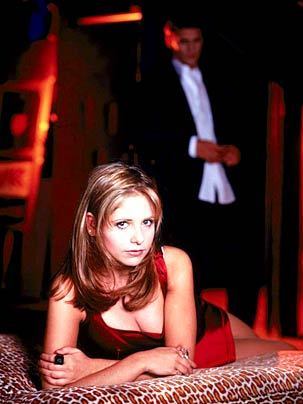 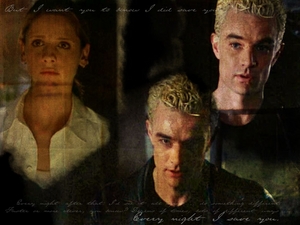 Every Night I Tried To Save You, Spike & Buffy "AfterLife"
Elated with having Buffy back from the dead.Her Friends never wonder if she may have been in a better place. Only Spike knows the truth and as Buffy struggles to readjust to life. She begins a relationship with Spike that torments her as much as it brings her fleeting comfort. Yet even as Buffy fears that the magic that brought her back has somehow changed her.Buffy ask Tara to check the spell that brought Buffy back. Tara did and got the results back and she detto there is nothing wrong you. Buffy explains why can Spike can hurt me and things that he did to me. She wants to make all stop. 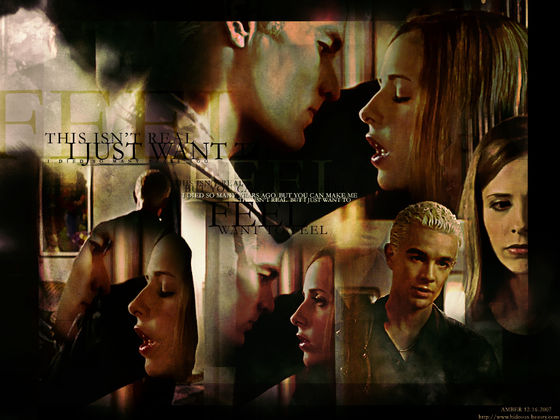 Why Won't You Just Go Away Buffy & Spike "Gone" 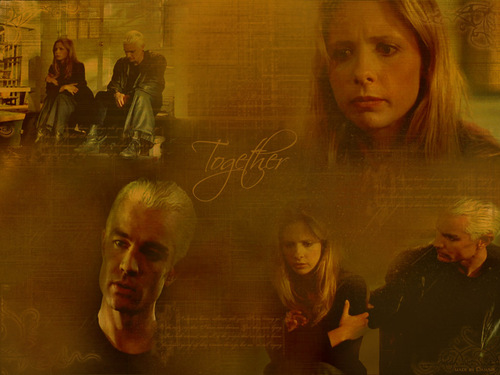 2
end of fool for Amore
added by amazondebs
Source: nightbutterfly.ic.cz 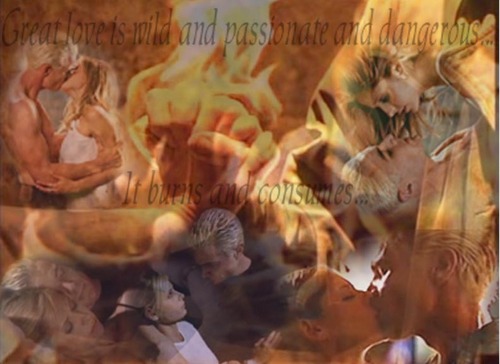 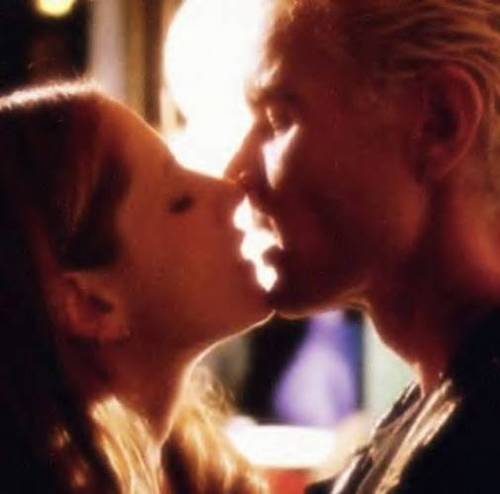