8
Booth's Phone call 3
posted by amymeymy
“You know, you‘re extremely distracting.” she said. Booth wasn’t sure how to react. He knew that it wasn’t a compliment, but he pressed on, wondering if she thought about him as much as he thought about her. “Bones, was that a compliment I heard?” he wondered aloud. She stared at him, looking confused. “I don’t see how.” she answered, but then she realized that maybe it wasn‘t normal, maybe she though about him too much. But they did spend a lot of time together, so maybe that‘s what happened, she had never spent much time with anyone as much as with Booth. She stopped thinking about him, though it was difficult. She tried to think about they’re case so far. They knew it was John, he had just gone to prison for it. She wondered if they needed her people on this and why. How where they supposed to find out where he had gone. Wasn’t that più of Sweets’ department? She wondered if he was meeting them too.
When they got to the Jefforsonian it was still very early, so nobody noticed Booth and Brennan, wearing near to nothing, run inside. The team was waiting for them and didn’t look surprised da they’re choice of clothes. Angela was in her pyjamas too, and Hodgins in a tracksuit. Brennan wondered once again if Sweets was meeting them again. Cam wasn’t there yet, but she knew that she was coming because she had called Booth saying so. Angela grabbed Brennan’s arm and they both went to change, which left Booth conversing with Hodgins. He sighed as he listened to Hodgins’ theory about the conspiracy possibilities in the case. He looked after Brennan as if in need of her assistance, but he caught Angela’s eyes instead. She laughed at him and strutted of. Sometimes, he wondered if she knew.

Angela was talking to Brennan as they both got dressed in her own office. “Sweetie, I don’t like these cases. And this time it’s different, he’s out and he knows who put him away. He’s going to come after us.” Brennan studied her face. She didn’t feel scared, but it was probably because she knew how to take care of herself… and she had Booth with her every ora of the day… She struggled to find words of comfort. Her mind skipped to Booth. ‘Was that normal?’ Brennan thought. ‘But if it was anything important, Angela would of found out, wouldn‘t she?’ She wondered if it bothered having him in her thoughts, especially as she was getting dressed, but she wasn’t sure it did.
“Well, at least he’s not monitoring your phone calls.” Brennan tried, but she wasn’t sure it made Angela feel any better. Sometimes she hated not understanding people, and people not understanding her, except for Booth of course.
“He’s been listening in on your phone calls? Did he listen to us?” Angela detto as she looked even più worried. “No, not ours, mine and Booth’s” Brennan reassured her. For a few moments, Angela’s interest changed course. “Booth called te straight after he found out?” she said, obviously impressed. Brennan was pleased that she looked better. “Well, yeah, he called me at four and then at half five. He is my partner.” Angela stared. “John’s been out since four?” John was the serial killer. “No, he escaped around half five.” Brennan didn’t understand why Angela jumped to that conclusion. “What was Booth calling te at four for?” she asked. “Oh, I guess to see if I was alright.” Angela smiled. “You have to admitt, the way that he cares about kind of hot” she grinned. Brennan tilted her head to the side. “It was actually really annoying, he’s lucky I’m used to getting no sleep” but she couldn’t help smiling to herself. Angela grinned as she saw this, though she pretended not to notice.
They heard a knock and saw Booth standing in the doorway with his eyes covered da his hand. He stood there in the doorway and started to speak, but Angela interrupted “Booth, we’re dressed” she laughed. She smirked as she knew that was più to impress Brennan than anything else, though she didn’t seem to be so. “Don’t be silly, Booth, I’ve seen te naked loads of times.” Angela couldn’t help but butt in. “What?!” she demanded. Booth blushed and turned to Angela "She just walked in on me in the bath, nothing big" he tried to reassure her.
"And te stood up" Brennan reminded him. Angela's mouth fell open, though Booth tried to ignore her, coughed, put his serious face on again and said: “ Come on, Sweets is missing.”
lovelife93, hfair1 and 6 others like this
twilightrox555 Great as usual! Keep going!
g3u16 keep on writing...
hfair1 haha, i couldnt help but laugh at the paragraph! great job!
9
Booth's Phone call 2
posted by amymeymy
Booth spent the whole drive to Brennan's apartment wondering what had happened, though it wasn't a long one. He tried to stay optimistic, but he wasn't. What had happened? Why hadn't she answered? Was there another explanation that didn't have to do with her being in danger?
On the way there he skipped various traffic-lights and when he got to Brennan's apartment’s building he didn't even bother to park. But before he got to the bottom of the building's stairs, he breathed as he found Brennan running down them. She practically fell into his arms. Even dato the circumstances, he couldn't...
continue reading...
11
Booth's Phone call 1
posted by amymeymy
My first fanfic so rate high to let me know if I should do more... XD

“Booth, what is it?” as she waited for an answer, Booth was silent. “Um, nothing, just looking in on you, te know, tough case and all…” Brennan, at her own home, used the light on her phone to look at her watch. “Booth, it’s four in the morning. I’m going back to sleep now.” He’s been recitazione really strange lately, she thought. “Um… yeah, ok Bones… see te at work.” He hung up.
Booth was lying across the sofa, fully dressed, watching tv, because he wasn’t able to sleep. He had thought that acting...
continue reading... 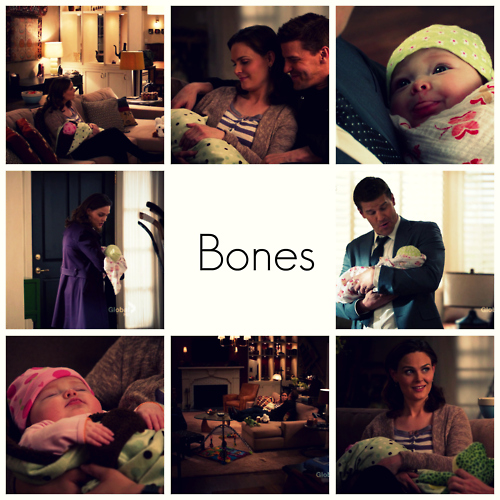 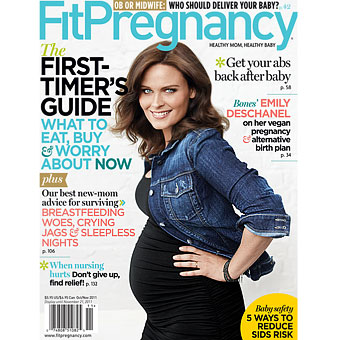 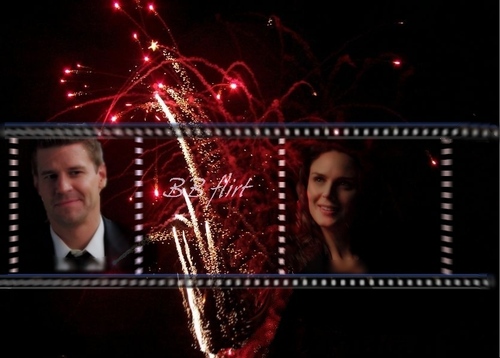 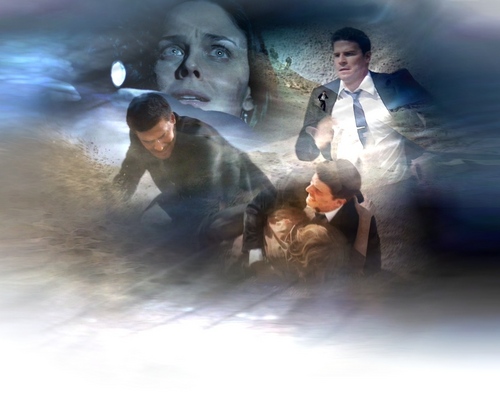 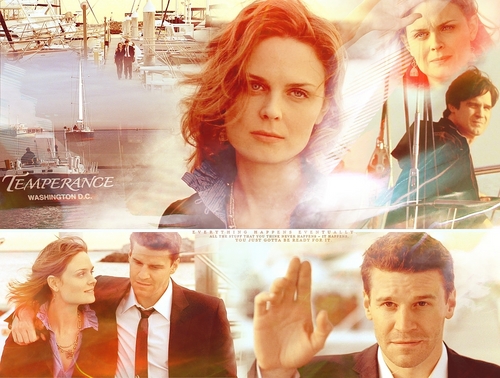 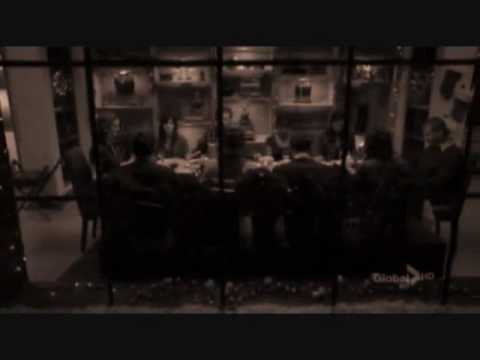 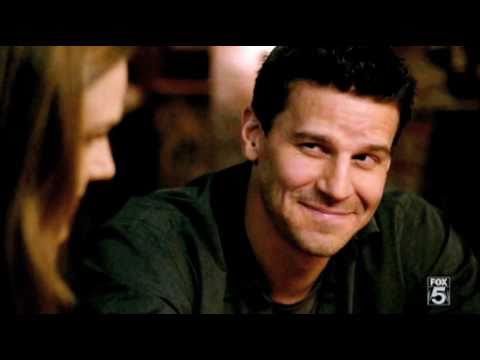 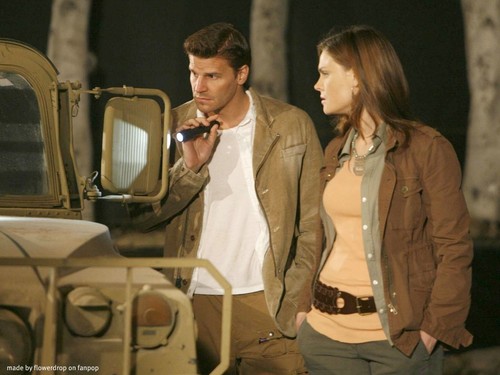 5
Bones wallpaper
added by flowerdrop
Source: made da me - flowerdrop 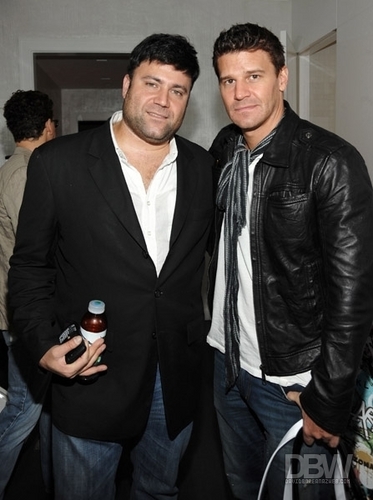