più di un anno fa brileyforever77 said…
Start signing up for what you would like to do!

più di un anno fa HaleyDewit said…
I don't really get the first round. Are you going to ask 45 questions or are we supposed to make 45 questions?
And how many icons, wallpapers, yadayadayada can we make?
Oscar nomination, can this be anything? LIke a poster?
How long can this fan fiction be?

più di un anno fa brileyforever77 said…
For the first round, I'm going to ask you 45 questions. You have to try your best to get them right...It's to test how much you know the Spuffy relationship inside and out. For round 2 you can make 3 icon, wallpapers, banners, fan art. But you can only choose 1 thing and make 3. Oscar nomination is your opinion of the best themes that was given. The most people that agree with you, that will be the winning scene, ect. for that thing. It'll be explained a little more when we get to that round. The fanfic can be as long as you want. Hope I helped.

più di un anno fa HaleyDewit said…
One more question: Is it going to be like, first we do round 1 and then there's a voting for that round. Or are we doing the four rounds right after each other and then do the voting?

più di un anno fa brileyforever77 said…
You do the first round, then you wait a little until the second round, so on. You do not do the rounds right after another.

più di un anno fa brileyforever77 said…
Are you going to be judging or competing?

Will you let me know when each round starts?

ok im in as a COMPETITOR

I need 1 more competitor and 3 more judges to start this contest!

About the fan fic, can it be a crossover, because my brain is starting to develop a storyline.

I'm really excited to start this! I have enough people competing, but not enough people judging. Well, I guess that's ok. I'm sure me and LovingLucy can handle it. Once we get started, if anyone wants to judge ask me and I will add you as a judge. Round 1 will be open a little later today!

più di un anno fa HaleyDewit said…
About that, I asked nevermind555 if she wanted to join and I think she wants to be a judge, but you'll have t o check with her first.

più di un anno fa Nevermind5555 said…
Hey guys!:) yes I would like to be a Judge in this competition ;)

più di un anno fa Nevermind5555 said…
thanks:) will be glad if u could update me with all:) I dont wanna miss anything <3

più di un anno fa brileyforever77 said…
I can definitely update you when this all gets started! :)

più di un anno fa pinkbow67 said…
Wow this sounds really fun but all the competitor spots are taken already so can I judge? :D

Okay, I know it's been a while since this has been updated, but Round 1 will be open either tonight or tomorrow! :D

I will post the questions. You are to answer them, but you will have to message each one of the judges your answers. That way I know nobody is cheating! DO NOT CHEAT!! You can't have any help, meaning, you can't ask anyone for the answers, you cannot rewatch an episode, you can't watch videos on YouTube, you can't look anywhere for the answers! You think with YOUR BRAIN! It's perfectly fine if you don't know some of the answers. Some of the questions are hard and some are very easy. Whoever gets the most correct wins Round 1! You will have 3 days to answer the questions. I'm giving you 3 days just in case you don't see my message right away. After everyone messages the 5 judges their answers, we will discuss who got the most correct. Any questions? Remember HAVE FUN!! :D

1. What is the name of the episode where Buffy & Spike first meet?

2. In "Touched," when Spike says "You're the one, Buffy", what does Buffy say in respond?

3. True or False, Buffy has told Spike she loved him?

4. In "Wrecked," what does Buffy throw at Spike to wake him up?

5. In "Smashed," when Buffy & Spike are fighting, who punches who first?

6. In "Dead Things", how many fantasy dreams does Buffy have about her and Spike?

7. What is the name of the episode where Spike tells Buffy he loves her for the first time?

8. What is the name of the episode where Spike has the dream about him and Buffy kissing?

9. What is the name of the episode where Spike says to Buffy "Hello, cutie."?

11. True or False, Buffy & Spike sleep together in the episode "As You Were"?

12. What color tank top is Buffy wearing when she sleeps downstairs in the basement with Spike in "Chosen"?

13. In what episode does Buffy & Spike say this? Spike: "Come on, that's it, put it on me. Put it all on me. That's my girl." Buffy: You don't have a soul. There is nothing good or clean in you. You are dead inside. You can't feel anything real. I could never be your girl."

14. In "Something Blue", how many times does Buffy & Spike kiss?

16. In what episode does Buffy say this? "I believe in you, Spike."

17. What season do Buffy & Spike first kiss (and they were themselves)?

18. True or False, does Spike ever say " I had a muscle cramp. Buffy was helping."? If he does, what episode and what season?

20. In "Fool For Love", what does Buffy say to Spike before she throws the money on him?

21. In season 7, how many times does Buffy & Spike sleep in the same bed together?

22. Finish Spike's quote: "I've been alive a bit longer than you, and dead a lot longer than that. I've seen things you couldn't imagine, and done things I prefer you didn't. I don't exactly have a reputation of being a thinker. I follow my blood, which doesn't exactly rush in the direction of my brain. So I make a lot of mistakes, a lot of wrong bloody calls...."

24. Finish the quote: "You see...You try to be with them. But you always end up in the dark. With me. What would they think of you, if they found out? If they knew, who you really were. Don't. Stop me..."

25. What episode does Spike say this? "It's only a matter of time before you realize I'm the only one here for you, pet! You've got no one else!"

26. What episode is the following quote from? Buffy: Do you see this? This might actually help me fight my war.
This might be the key to everything. And the reason I'm holding it
is because of you. Because of the strength you gave me last night.
I don't know how you felt about last night but I will not....
Spike: Terrified
Buffy: Of what?
Spike: Last night was... God, I'm such a jerk, I can't do this.
Buffy: Spike...
Spike: It was the best night of my life.
If you poke fun at me you bloody well use that cuz I couldn't bear it.
It may not mean much to you, but I...
Buffy: I just told you it did.
Spike: Yeah... I hear you say it, but... I've lived for soddin' ever, Buffy.
I've done everything, dozens of things with you I can't even spell, but...
I've never... been close. To anyone, least of all you...
Till last night.
All I did was hold you. Watch you sleep.
And it was the best night of my life.
So yeah. I'm... terrified.
Buffy: You don't have to be.
Spike: Were you there with me?
Buffy: I was.

28. What season 5 episode is this from? Buffy: What do you want now? Spike: ...What's wrong? Buffy: I don't wanna talk about it. Spike: Is there something I can do?

29. What season 7 episode does Buffy realize Spike got his soul back?

32. True or False, Buffy & Spike drink together in "Life Serial"?

34. True or False, Buffy has dreams about her and Spike getting married?

35. In what episode of season 5 does Spike ask Buffy, "Are you naked under there?"

36. What episode is this from? Buffy: I'm using you. Spike: Really not complaining here. Buffy: And it's killing me.

37. What episode does Buffy have flashbacks of her and Spike?

38. In season 4, what episode does Buffy & Spike fight outside?

40. What season 6 episode does Spike learn he can hit Buffy?

41. In "Fool For Love", what weapon does Spike bring to go kill Buffy?

42. What is happening when Buffy says this to Spike: "I love you."

44. How many times (that we know of) does Buffy & Spike sleep together?

più di un anno fa brileyforever77 said…
Since 1 person didn't submit their answers, this will be extended for 2 days.

più di un anno fa HaleyDewit said…
Who is it, if I may ask?

Guys I'm so sorry we had guests me and my fam and for last days i had no chance to check ur answers! Gonna do this today & tomorrow:) I received answers from: QueenCordelia, HaleyDewit and Karina Cullen :)

Nevermind5555 commented…
I will send te my points, all I corrected there are some stuff I'm not sure of and cant find so u can verify with urs:) più di un anno fa

più di un anno fa brileyforever77 said…
Sorry, I can't wait anymore.
Round 1 closed. I'm just getting the results together. Round 2 will be opened shortly.

i just send you results of KarinaCullen's answers:) I'm sorry it all took me so long, but that was hard even just checking it lol!:)

Nevermind5555 commented…
yeah girl honestly u did an amazing job, te almost got all domande correct! Its incredible how huge knowledge u have on Spuffy! più di un anno fa
Show 2 more comments…

QueenCordelia commented…
Awh, thank te so much! I honestly didn't think i would win, i found a lot of the domande pretty hard! Its seriously an honor! :D <3 più di un anno fa

più di un anno fa brileyforever77 said…
Here's the rules for round 2:
You can make a banner, icons, fan art, or wallpaper of Spuffy. You will have 5 days to make them. You can make any number of them. Submit them here in the forum. After the 5 days, the judges will rate your work. Any questions? HAVE FUN!!

karlyluvsam commented…
so can do preferito moments ,, o do i have to be più pacific ?? più di un anno fa 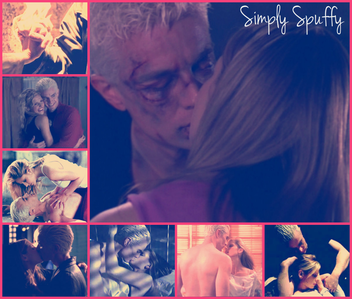 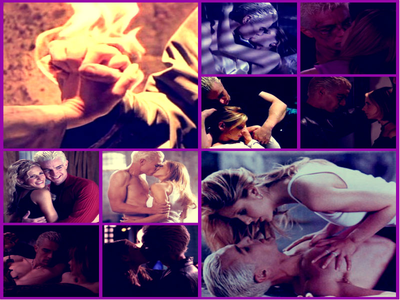 più di un anno fa HaleyDewit said…
How much can we make now? In the description box you say 3 of whatever you choose and now you say any number you want. Which one is it? 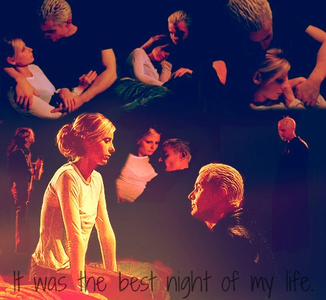 più di un anno fa brileyforever77 said…
@HaleyDewit, sorry about that. I realize now that it would be better to make however many you want. Sorry for any confusion.

buffylov3r44 claims she never said she would compete in this contest.

più di un anno fa brileyforever77 said…
@HaleyDewit, she did at the very beginning. I messaged her, and she said she was going to try to compete. 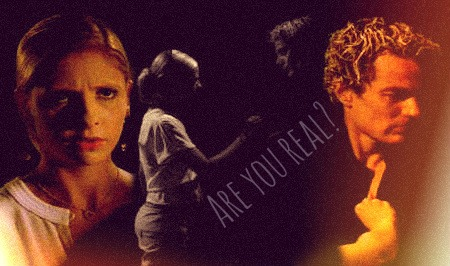