Her father
added by elifsila 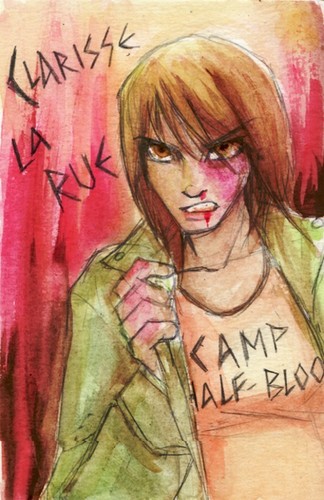 an angry clarisse
added by elifsila 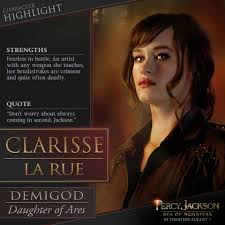 best person in the movie
added by Sonny112
Source: good 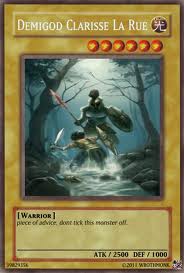 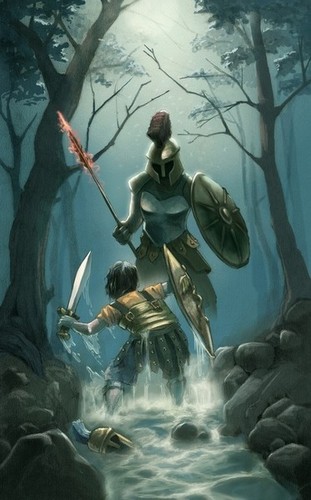 Clarisse
added by elifsila
Clarisse La Rue
posted by elifsila
Personality
She is hot-tempered, arrogant, Ribelle - The Brave and strong like most of her siblings. She is also known as a bully that dunks new campers' heads in toilets. In The Battle of the Labyrinth she shows strong feelings for Chris Rodriguez and shows her kind and caring side, who becomes her boyfriend. Clarisse is very proud and defensive of her cabin. She is also defensive and very protective of her good friend Silena Beauregard after she gave Clarisse some dating advice. Her anger toward Percy increased after he defeated her father. During The Last Olympian, she is angered at the camp for never respecting the Ares Cabin. Her pride even prevented her from allowing her cabina from fighting in the war until Silena's intervention. She is similar to Achilles in that her pride sometimes gets in the way of her good sense.
You Might Also Like...