“In Frozen, a prophecy traps a kingdom in eternal winter, so Anna (voice of Kristen Bell) must team up with Kristoff, a daring mountain man, on the grandest of journeys to find the Snow Queen (voice of Idina Menzel) and put an end to the icy spell. Encountering Everest-like extremes, mystical creatures and magic at every turn, Anna and Kristoff battle the elements in a race to save the kingdom from destruction.”

The Comic Book industry site Bleeding Cool got their hands on an extended synopsis:

“When Anna is cursed da her estranged sister, the cold-hearted Snow Queen, Anna’s only hope of reversing the curse is to survive a perilous but thrilling journey across an icy and unforgiving landscape. Joined da a rugged, thrill-seeking outdoorsman, his one-antlered reindeer and a hapless snowman, Anna must race against time, conquer the elements and battle an army of menacing snowmen if she ever hopes to melt her Frozen heart.”

The original Snow Queen da Hans Christian Andersen is about a little girl who sets out on a journey to find her best friend Kai, after the boy is kidnapped da the evil Snow Queen. However, in the synopsis there’s no mention of the boy anywhere, so one can assume that Disney is just using Andersen’s story as its foundation, but are fleshing out new details and plot twists on their own. Luckily they still have the character of the Snow Queen in this adaptation.

Anderson is still credited as a writer of Frozen, along with writer Shane Morris, who’s known for Scrivere The Dukes of Hazzard TV movie. In addition, Frozen has decided to add a character that’s described as a “one-antlered reindeer and hapless snowman.” Frozen has been a story that’s been swirling around the industry for quite sometime. In 2010 the story was shelved due to script problems. Hopefully this means they’ve finally figured out where they’re going with this one!

Frozen will be directed da Chris Buck, who directed Tarzan, and produced da Peter Del Vecho, of The Princess and the Frog fame. The film, which will be animated, is set to hit the big screens on November 27, 2013.

#7 gelsomino
She wouldnt Amore gelsomino because she wants to leave the palace life. gelsomino also could have any Prince she wanted, but instead chooses an thief, who lives on the streets. Lottie would do anything to be princess, so she wouldnt, get why gelsomino would throw it away. 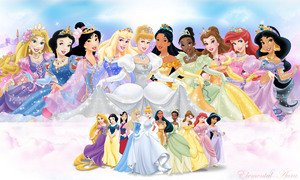 Here is my fifth article! I decided to write two lists about my preferito Canto voices, this lista is the english voices, the successivo one will be with their swedish voices (same goes for their speaking voices which I will do after the Canto voices) because swedish is my first language and I grew up with most of the swedish versions of the princesses (except for Tiana and Rapunzel). For the swedish version I will post links to video so that te can choose a preferito aswell. Image credit goes to Elemental-Aura for the beautiful superiore, in alto image and princesslullaby for the rest of the pictures. 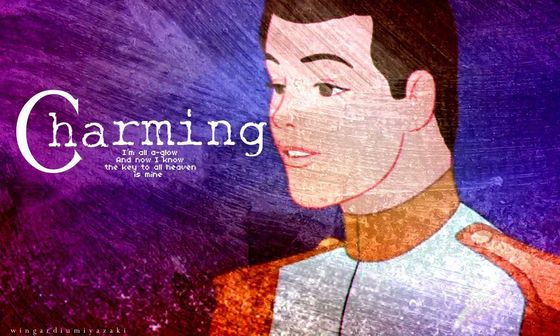 "I wish Charming had più screentime. That eye roll intrigues me. It means underneath that vacant, Ken-doll stare beats the cuore of an intelligent (or at least, easily bored) human being" (phantomrose89) 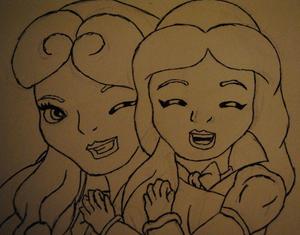 Angelina found herself sleeping soundly much later into the morning than she had planned. Normally she was a morning person so she woke up quite early. However this morning was different. Maybe it was the fact that she was in a different environment o the fact that she could just flat out be a heavy sleeper. But when she finally did flutter her eyes open, the girl was quite surprised to see a small brown bunny just wiggling its nose and staring at her. Angelina paused for a minute, just looking at the creature wide-eyed. Maybe she was still dreaming. Maybe this rabbit wasn't even...
continue reading...
21
Guide to Disney Princess on fanpop
posted by disney_prince
Main Spot:
link 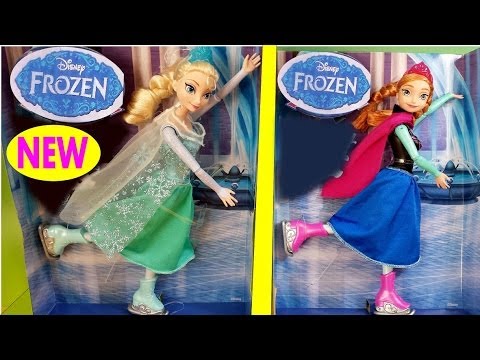 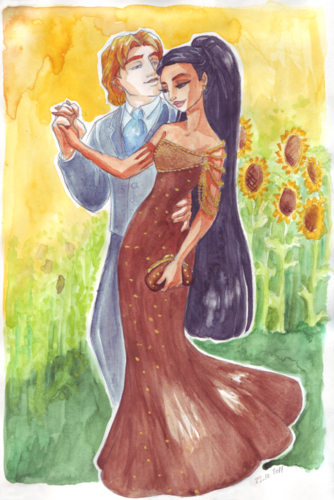 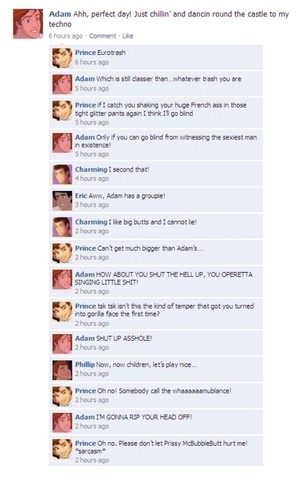 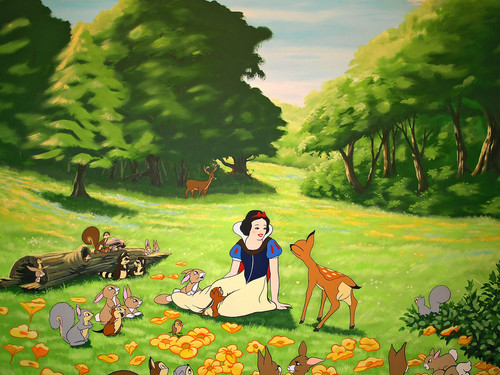 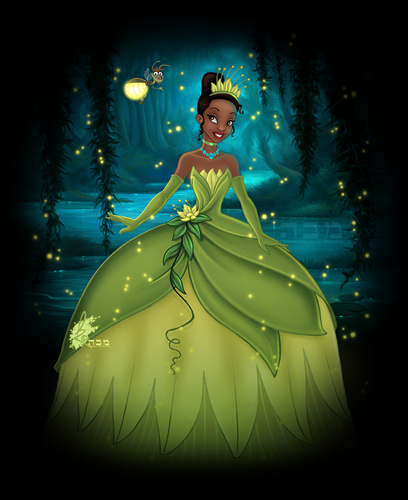 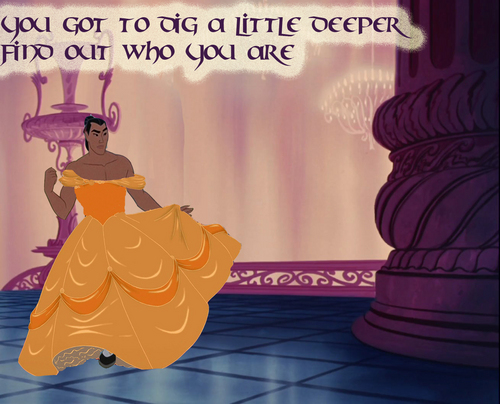 9
Shang on Cenerentola background
added by BelleAnastasia
Source: me :) 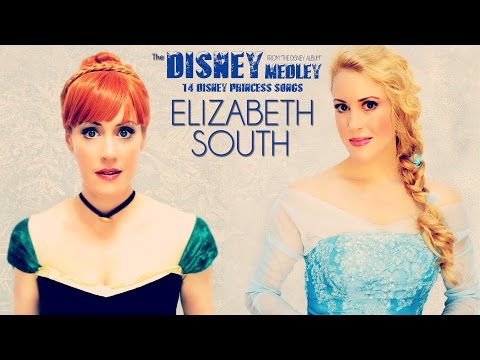 11: Beauty and The Beast

This movie, I simply found boring. It reminds me of most Film where a girl looks inside of the man and he saves her. The end. To me, it was a very cliche modern fairy tale, one I'd probably make up as a child to tell an adult. I feel like Beauty and The Beast scores better with a younger audience than an older one, since it teaches good moral values that maybe little one's don't know but we do.
Music: I found the Musica poorly written and rushed. Even though I do like the chorus in the song Belle a lot,...
continue reading...
3
The Power Of Friendship (Chapter 11)
posted by mhs1025
Pocahontas was still distressed from the precedente events in the day. John suggested she go outside for some fresh air. She accepted and he gladly went along with her. The atmosphere was nice. Pocahontas looked at her bump. It was TINY for it to be in a 5 mese range. John chuckled. "It'll get bigger with time." he said.

Meeko came dashing towards Pocahontas and examined the bump. Pocahontas laughed. "It still needs time to grow, Meeko." she detto sweetly. "Have te thought of any names?" John asked. "I've thought about Steps High." Pocahontas answered. "I like that." John replied. "What names...
continue reading...
9
sweetie-94's preferito DP Hair
posted by sweetie-94
It's been a while since I last made this list, it's changed since then and for the first time I'll include Anna and Elsa in this article, I've noticed that this lista is very similar to my prettiest DP lista with only a few exceptions, anyway enjoy this article 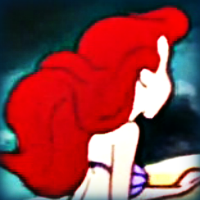 The only DP Hair that I don't like at all, the only time I like her hair is when she's on land, the color is awful and the hair is too thick for my taste 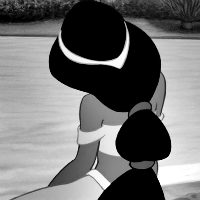 The only reason gelsomino is higher than Ariel is because her hair is black which is my preferito haircolor, but other than that I have pretty much the same...
continue reading...
1
★ icona of the month! March 2014 Winner! ★
posted by Emmalou13 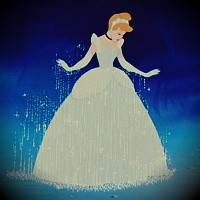 1st Place: juliemontoya - "Cinderella"
Hey!! Welcome to the first official icona of the mese article!!!(Yes, Yes, I know VERY late! I was busy xD) Anyway soooo... the winner of The very first icona of The Month... is... *Drumroll*
juliemontoya with her icona "Cinderella"
Congratulations!!

Here is an interview with juliemontoya:

A: I joined 3 years ago, in may 2011. But last anno I was really busy and didn't have time to come to fanpop. I came back at the beginning of the year.

A: I joined because...
continue reading...
5
Getting to know me (fanlovver)
posted by fanlovver
About time!

My name is Anna and I live in Norway (believe it o not).
I was born on 4th of July, 1999. I live with my family of four; My father, mother and my big sister.

I have blue eyes, medium dark blonde hair and light skin. I think the DP i resemble the most is Cinderella, but I don't have as tiny feet as her! It could also be Anna, we share the same name, freckles, clumsiness, awkwardness and eyes.

I am outgoing in general, but lately I've been what other people calls an introvert. I'm pretty creative, at least that's what I've heard.