2
The Vampire Cat of Nabéshima
posted by Knowitall123 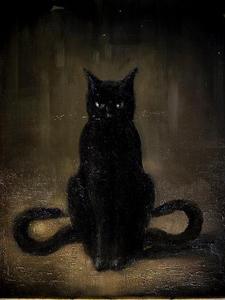 There is a tradition in the Nabéshima family (of the Hizen daimyo) that, many years ago, the Prince of Hizen was Vita da strega and cursed da a cat that had been kept da one of his retainers. This prince had in his house a lady of rare beauty, called O Toyo: amongst all his ladies she was the favourite, and there was none who could rival her charms and accomplishments. One giorno the Prince went out into the garden with O Toyo, and remained enjoying the fragrance of the fiori until sunset, when they returned to the palace, never noticing that they were being followed da a large cat. Having parted...
continue reading...
4
The Enemy's Child (sneak peek)
posted by moodystuff449
"A WARNING" It detto it was written in Aundre's blood. It was signed, "VINDEMIATRIX."

I sharply took in a breath, I could read it. This means, it was written in Rishima. We weren't alone. 'Could that really mean--' my thoughts were interrupted. "Hey big sister." someone detto behind me. I whipped around, "Who are you?" I stood up and took a step closer , as if to threaten her.

"Vindemiatrix," I bowed mockingly my hair swung down and almost scraped the sand, "call me, Vindemiatrix." She stared at me astonished, I could tell that she recognized the name even though she didn't know me. "Capella,...
continue reading...
1
Sisterhood of the Seasons: Winter Maiden
posted by PrincessAyeka12
Winter Maiden

She walks in the winter
in the mountains at night
she cries Frozen tears
that haven't been blessed yet.

She could kill te instantly
with her Frozen breath
she is the Winter maiden
the daughter of death.

She has hair as white as snow
with silver eyes
staring at the ocean
as winter dies.

She's never seen in spring
because she can't see in the light
in the spring her hair melts
and her eyes shatter in fright.
5
Demon Lord: Chapter 6: Ghost of Demon Lord's Past
posted by Sidd15
Multiple demons, including Zaren and Airlo, standing around the tavolo with the map in complete silence. Zaren raises one of the monster pieces into the air and they give off a grunt. Then when he slams it down on the last piece of Middle America, leaving only North America as the last continent and all the demons in the room erupt in roars of victory.

"Now I'v been told that this is going to be the toughest take over. But is that going to put us down?" Zaren asks after silencing them.

"Zaren! Zaren! Zaren Zaren!" they all roar as he leaves to go to his chamber.

Airlo makes...
continue reading...
6
Demon Lord: Chapter 3: Going Global
posted by Sidd15
Inside the big temple on demon island, Airlo and Zaren sit around looking at map and moving stone creatures over certain countries, such as all of China, Japan, Africa, and Australia.

"I'm telling you, we should take out whats close da so it doesn't pose a threat while we're away." Airlo detto moving a creature piece in the middle of the United States.

Zaren shakes his head and takes the piece away "I know it makes più strategy sense but heres how I think of it. Two out of four humans become demons when they die so killing of a lot of people means più soldiers for us."

"Yes but the ones that...
continue reading...
5
Demon Lord: Chapter 2: Just another giorno
posted by Sidd15
Walking down a strada, via in Sand Diego near the spiaggia is a black-haired and red-eyed kid who seems to be walking aimlessly. What Zaren was actually doing was thinking about the events of the past three days. Two days fa he had showed up seemingly out of nowhere when president Barack O-something was giving a speech and had dato away his plans for world domination then soon after that followed the assassination of the president in front of millions, maybe more, panicking people. Then there was yesterday when they had sent such a small group of people after him after they found his island.

It happened when I was fourteen--two years ago. It was my freshman year, but it felt like I had been here forever. I was waiting at the bus stop after having a terrible day. I wasn't exactly having what you'd call highschool nirvana.
I had spilled strawberries on my new white jeans, and Korina made sure to point that out to anyone and everyone who would listen. So pretty much everyone.
Korina Douglas. The Wicked Witch of the West. Darth Vader. The White Witch. Ebenezer Scrooge. Rumplestiltskin. Lord Voldemort. Adolf Hitler. te know, the bad guy.
Korina used to be my friend. I'm the only...
continue reading...
8
My superiore, in alto 10 preferito fantasy Creatures
posted by breebree446
I was inspired da teddybear64's lista of magical creaures, so I decided to make one of my own.

I Amore magic and magical creatures because everything is always so different. Magic is amazing because it shows how differently the world thinks. Some believe in faries, others believe in dragons. I believe in all of it, I want it to be real.

I made this lista to mostra my preferito creatures. I like Scrivere about fantasy, so these are mostly creatures I use.

Magic is love! I Amore using my imagination to create new worlds. The feeling is amazing!

Feel free to use any of the pictures:)
I found them on Google! 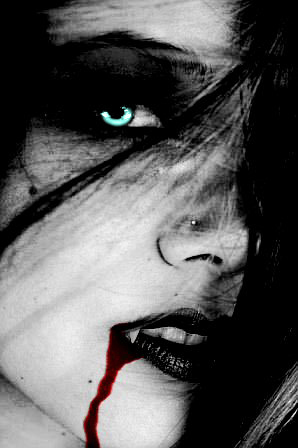 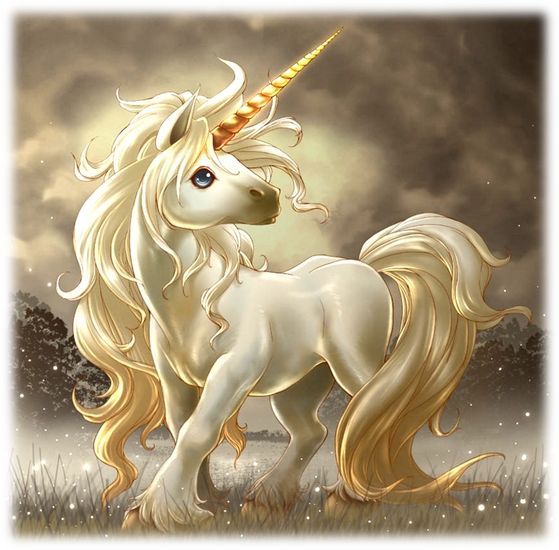 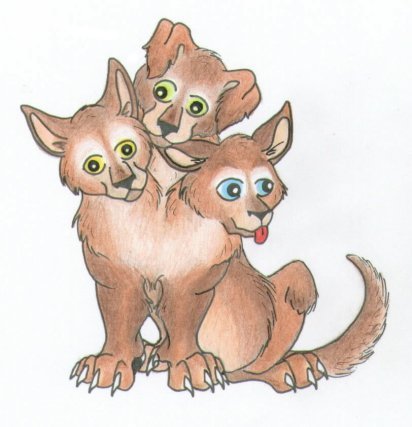 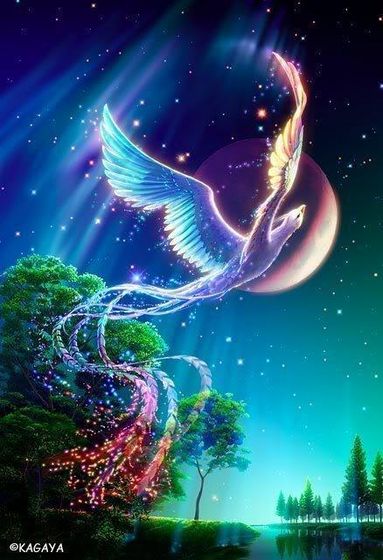 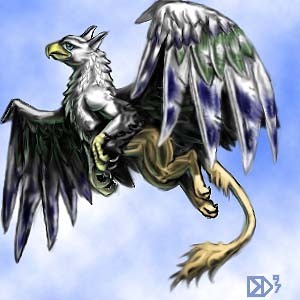 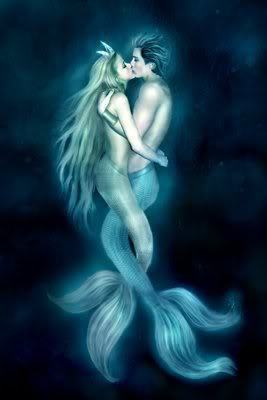 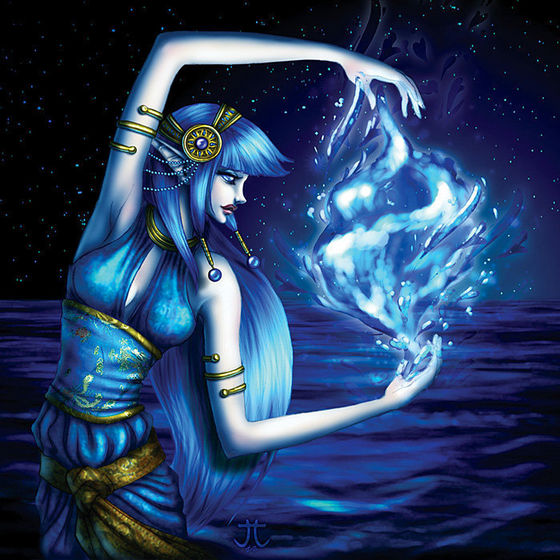 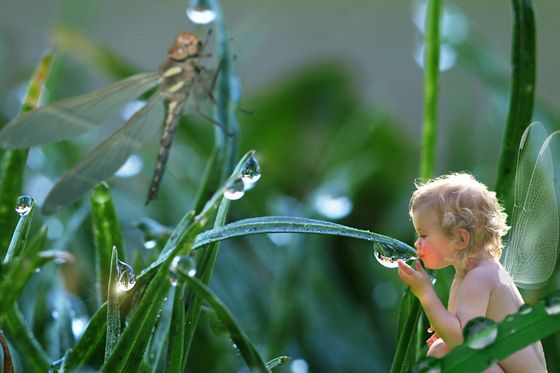 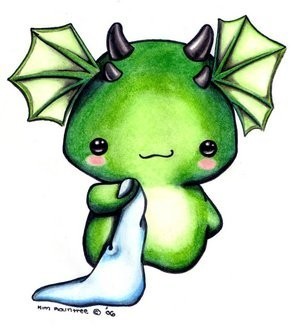 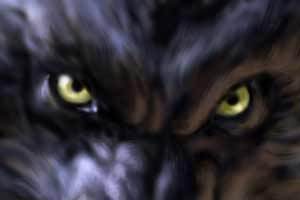 In the south is a river
the breeze is warm and at it's best
silver waterfalls shimmer in the sunlight
pixies, dwarfs and nymphs come out to cause mischief
before their beloved spring ends

Deep in the woods
within the fiore beds
lies a beautiful faery
with golden hair...
continue reading...
You Might Also Like...

One giorno in Summer
a girl walks by
she is a princess da day
she is a maiden da night.

Her hair is red
red as the fuoco of Autumn leaves
gold in the sunbeams.

She is a beautiful maiden
her cuore is as good as gold
she is a fair witch
whose magic never gets old.

She is an Come d’incanto season
her soul is golden red
just like the autumn leaves
that fall onto the fiore beds.

She dances in fire
For her fiery nature cannot be burned
she maybe a good person but does have a short temper.

She is a serious person
who will not be teased
if te put pressure on her
the fiery inferno temper will be unleashed.

She wears...
continue reading...
1
A Tale of Shadows: Part 2
posted by vegeta007
The crying girl’s aura disappeared but her crying didn’t stop
“Mom, Dad, Hizuki, everyone”The girl detto in between her sobs, “Wh....why did they have to take te ?”she asked going into a deeper crying while the boy not too far from let out a loud cry while he was still unconscious. This did not go unnoticed da the girl as she stopped sobbing for a secondo to look around, “He....hello ?” she called out and heard her own echo, “I..is anyone there ?” she called again but only heard her echo
“I heard something this way!”A voice also not too far from her was heard. As she heard...
continue reading...
3
Alice Human Sacrifice
posted by ilovesonic14
In some place was a little dream. Who dreamt it unknown. Such a little dream it was. The little dream thought," I don't want to vanish like this, how can i make people?" The little dream thought, and thought, and finally came up with an idea."I could let people stray into me, and create their own world."

First Alice courageously sword in one hand entered in Wonderland. She cut down many things nd killed many people, on her way to make out her bright red colour. Alice was deep in the forest. locked in as a sinner.In addition to the way the forest was made... her life was a real mystery. The...
continue reading...
21
My superiore, in alto 15 fantasy Creatures .
posted by teddybear64
15.Grim Reaper 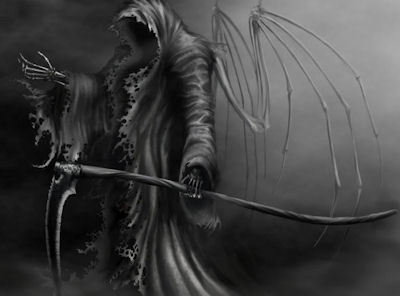 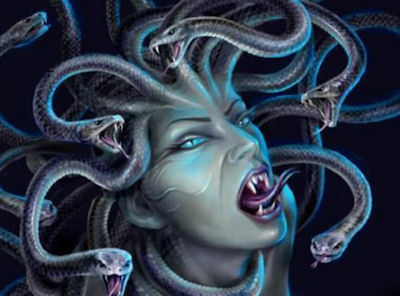 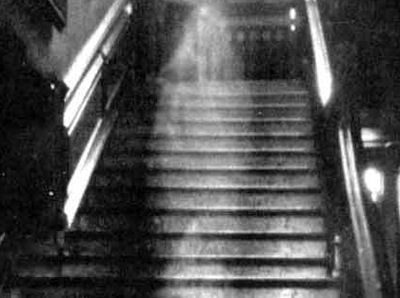 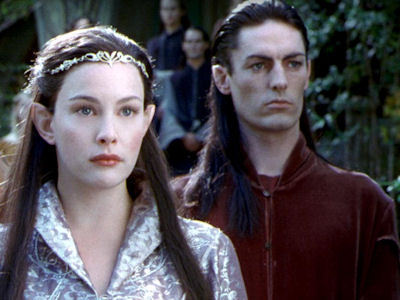 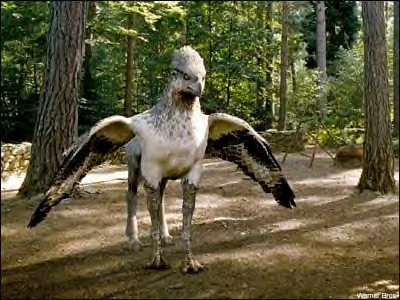 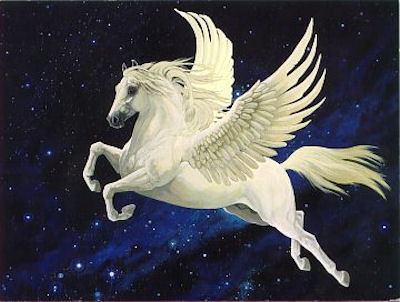 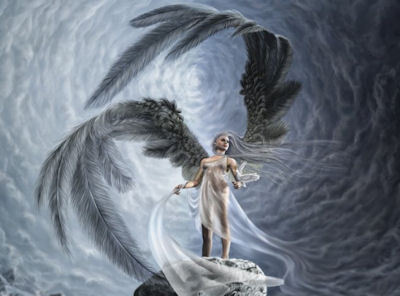 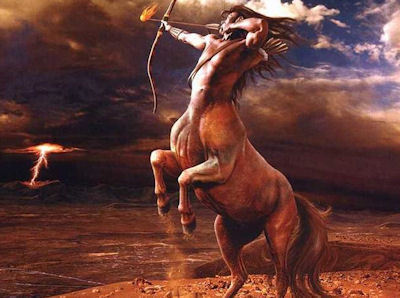 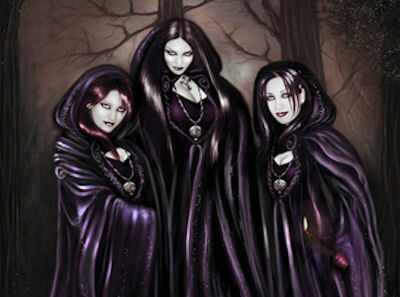 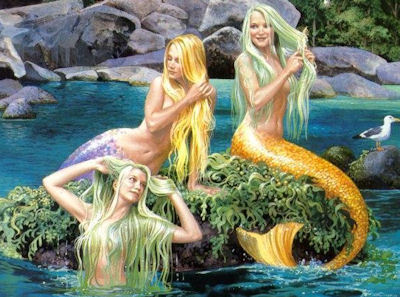 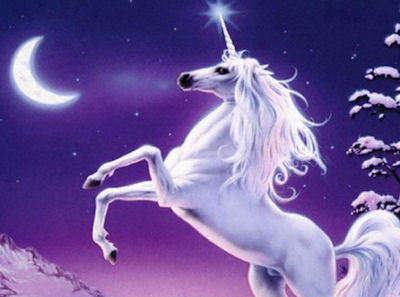 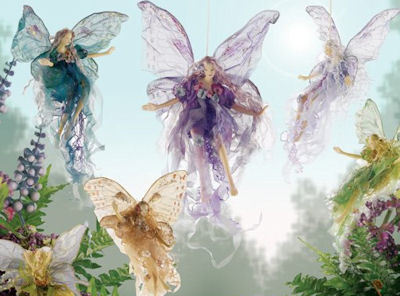 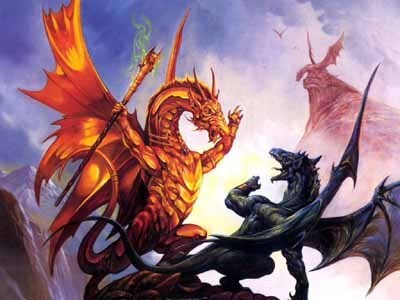 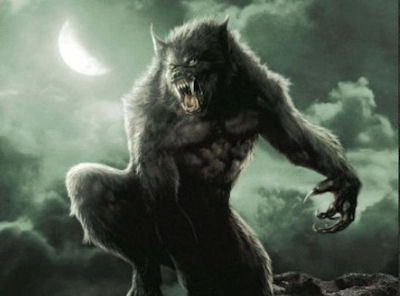 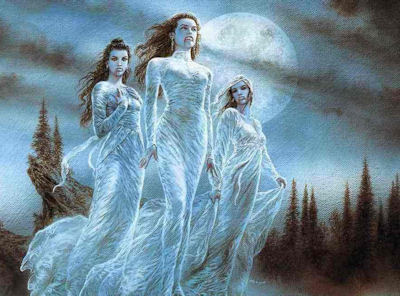 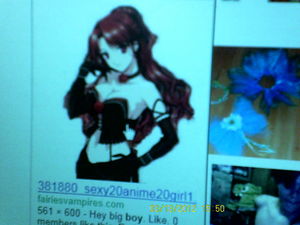 Kiyami
IM carnaden i look pretty normal but there is a world of darkness i'm a part of and don't want to be near it anymore while my best friend proseffini it on the light side we're totally different people but yet i feel like we have so much in common."Carnaden" proseffini detto who came up beside me.i turned my head to her."Hey prossefini"i detto trying not to sound stupid wich seems to happen alot."Are te still up for tonight"proseffini asked."Well if i detto no i would be stupid heh"i soude still sounding stupid.Proseffini nodded walked away.I sighed in relief i made no further fool of my self.Meanwhile...
continue reading...
1
Sisterhood of the Seasons: Summer Maiden
posted by PrincessAyeka12
I wrote this about ten years ago. This was written last and I struggled with inspiration. I originally based it on the negative effects caused da the sun resulting in hospitalised sunstroke. That took a horrific direction. Since then I have edited it a little. It's not perfect but it's better than it was. I don't have the energy to rewrite the whole thing. So I'm sorry if it's bad compared to others, which I enjoyed writing. I tried.

fresh air breezes are blown away

of the hottest sun

laughs down at everyone...
continue reading...
1
The Adventures of Abrahamith and Dayymian. Part 1
posted by Dayymian
Prologue

The cold wind swept past with a mighty roar. A robust warrior stands alone at the summit of the icy mountains of Gihndala. He holds a great axe, stained with the blood of many foes. Some of them fools, others honorable opponents. Yet it is this warrior who stands tall today, the chilling gusts seem to take no effect as he stands proudly on the mountain. His body muscular and full of scars that tell the tales of many furious battles. Yes, this is a hero even the gods would be proud of. But this story is not about this man. No, this story is about a different kind of hero.

"Hey...
continue reading...
2
The giorno in the life of a student wizard part 1
posted by mockingjayguy
As he stepped threw the portal he was surprised, it wasn't some magical land as he was told. It was a forest, quite a beautiful one but never the less a forest. He and three other kids in his anno had travelled threw a portal from the realm of earth and this was the first thing they saw, miles and miles of evergreen trees. Only moments before that ahead his long Lost mother revealed to him and the world that magic exists, and that he Dexter is a wizard and is friend Abby is a fairy, his friend Lucas is a genie, and his other friend roxy is a elf. As the rest of there group stepped out of the...
continue reading...
2
The story of the selkie
posted by Dreamyunicorn
Hi, this is my first articolo ever ! and please call me unknown i Amore fantasy i believe in magic and i'm 14 years old , i'v read a lot of fantasy guides that has a lot of fantasy creatures story's from all different kind of fair folks but this one charms me the most ! ;) okay so the selkie is a water spirit, she's so beautiful, now the selkie's can take off there skin! , and once upon a time there was three selkie Friends they were all beautiful females , one giorno the three Friends went outside of the sea toke off there skin and started to dance naked ! they almost do that every night o weekend...
continue reading...
More Cards
1234567891011