The hot Cioccolato warmed her as it slid down her throat, making her groan with pleasure. “Thanks,” she murmured over the steamy cup.

Grissom gave her a fleeting smile as he sat beside her. “Catherine is coming as soon as she wraps up her case.” He took a sip of his own beverage, wincing a little at its sweetness.

“Yeah, well, at least it happened here and not out in the desert with that decomp,” Sara said, gesturing around the little truckstop. While small and not up to her standards of cleanliness, it offered a welcome shelter from the desert’s cold.

After the Denali had puttered along to the crime scene, Grissom had mumbled something about getting the engine looked at when they got back to Vegas. On the way back, as if it had been insulted da his words, the vehicle had simply quit on them.

After popping open the hood, neither scientist could discern what had caused the vehicle to stop. Both were thankful, however, for the little all-night commensale, diner that was less than half a mile in the distance.

Grissom stared at her while she sipped her chocolate, marveling at the way her hair shined in the diner’s smoky light. Everything else seemed to dim around her face, making her seem ethereal. The image was broken as a drop of liquid ran down her chin and she quickly wiped at it with the back of her hand, making him grin.

Sara saw him smiling at her and gave a full-fledged grin back. This was nice. It had been a long time since they had simply enjoyed each other’s company. The ease with which they shared the bench was strange; she couldn’t remember a time when they’d been so comfortable with each other. She had missed it.

She looked down into the half-full cup, swishing it around a bit. “Hot Cioccolato is my all-time seventh preferito guilty pleasure,” she finally revealed, taking another long sip.

He raised his eyebrows, intrigued. “Really? te have a superiore, in alto ten lista of guilty pleasures?”

He gave a surprised laugh. “I would have never thought that te would be into rating things like that.”

She shrugged. “It’s mathematical. When te rate the positive and negative aspects, weigh them against each other, and place them into order, te can create your own equations with just about anything.”

He stared at her for a full minute. “You are a strange woman, Sara Sidle.”

She finished the last of her cup, nonplussed. “This coming from a man who races cockroaches and keeps a Big Mouth Billy basso in his office.”

They shared a wry smile, then turned back to their beverages. After a few moments of companionable silence, he asked, “So what are the other nine items on your lista of guilty pleasures?”

She shook her head. “Oh, we’re not even going there.”

He grinned at her. “Too risque?”

She shook her head. “Too personal.”

He swallowed, feeling the sting of that one. “What if I revealed one for each one te told me?”

She gaped at him. “Are te serious?”

He simply pursed his lips at her.

Ready for any opportunity that Gil Grissom would give on revealing personal information, Sara acquiesed. “Sure. But since I’ve already detto one, te have to go first.”

He gave an exaggerated sigh as he thought for a moment. “Crossword puzzles.”

She rolled her eyes. “Everybody knows that! Besides, it’s not that much of a guilty pleasure.”

He stared at her. “TV themed crossword puzzles?”

Her jaw dropped. “You can’t be serious! But they’re so easy and so--so lame!”

She continued to protest-- “Lame-o! Total lameness!”--until he threw his hands up and demanded, “All right, all right, your turn!”

She drew her tongue into her jaw, still smiling. Thinking for a few moments, she ducked her head and said, “I paint my toenails.”

“What?” Grissom gave loud objections just as she had to his admission. “Sara Sidle paints her toenails? The don’t mess with me feminist is into don’t mess up my nails femininity?”

She smacked him lightly on his arm. “Oh, get over it. I am a woman, te know.”

“I noticed,” he replied huskily, staring at her.

“I listen to Leo Sayer.”

She couldn’t believe this one. “Oh my God! te make me feel like dancing,” she mocked, giving a shimmy he wouldn’t forget for months.

“I play with play dough.”

He had somehow guessed this one. “Bet te eat it, too,” he joked.

Somehow, it had become a contest on who had the weirdest revelations.

“I go to wine vinyards!”

“I sing Bonnie Tyler on the way to crime scenes!”

He smiled, recalling how nice her voice sounded the few times he’d overheard.

She could certainly see that--Grissom and his solitude, casting a reel with his forarms taught, his eyes twinkling behind a pair of shades.

No surprise there. He could see her going in every giorno off, cleaning out cages and walking dogs. The image of Sara scratching the head of a ragged little mutt cucciolo warmed his heart.

“I play the saxophone!”

“Really?” She smiled. “Think I could hear te play sometime?”

He looked down into his empty cup, suddenly shy. “Sure, if te want.”

The image of Grissom with his lips pressed against a saxophone, his hands molding over the shiny instrument, his face contorted into a reflection of his soul made her feel very warm. He turned and met her eyes.

“One left,” He detto roughly, clearing his throat.

She swallowed, not wanting to voice the last on her list. He didn’t appear eager to share his last confession, either, but then, it was her turn.

She looked at her watch. “I wonder when Cath is going to get here?”

He appeared to be amused. “What, don’t want to share your number one guilty pleasure?”

She shook her head at him. “Number ten, Griss. At least, that’s what it’s been for the past year.”

She couldn’t get over how persistent he was being. “Forget it.”

She shook her head, giving a nervous laugh. “Fantasizing,” she finally mumbled.

His eyes bore into hers. “About what?”

She shook her head morosely. This was getting out of hand. Everything had been going so well!

“I only ask,” he murmured, “because that happens to be my number one.”

Her jaw dropped at his boldness. “About what?”

They stared at each other for an eternity before da some cosmic internal connection they both exhaled, “You.”

He beamed at her, suddenly feeling free and light and good. She glowed back at him, and gave a little gasp when he took her hand and kissed it.

She blushed furiously as he continued to hold her hand. "Maybe I should rearrange my superiore, in alto ten list."
zlummy and disneyfan1 like this
DemiJones Nice, finally Grissom and Sara get some time alone to play twenty questions.
1
Night Sky
posted by edajsmyth
da Danym on Fanfiction.net

“Where the hell are they?” Sara was pacing in front of the house while Grissom leaned against the car, trying to appear calm to balance Sara’s bad mood. “They should have been here hours ago.”

They had arrived at the crime scene about thirty minuti ago. A call had come in that there was a B&E at this address, but they were alone, no cops. They couldn’t do their work without the police clearing the crime scene first, so they were restricted to waiting.

“Sara…” When she threw him a look that could have cut straight through him, he kept any further...
continue reading... 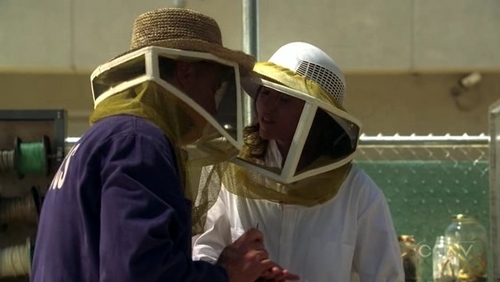 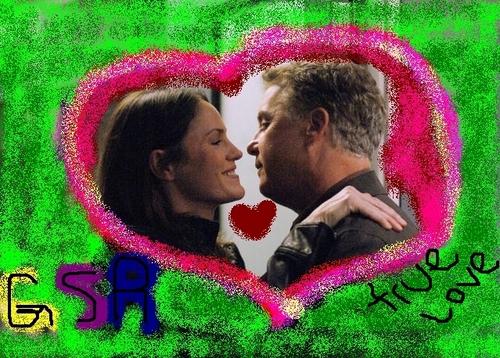 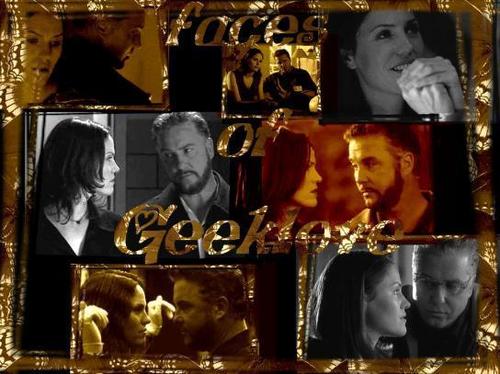 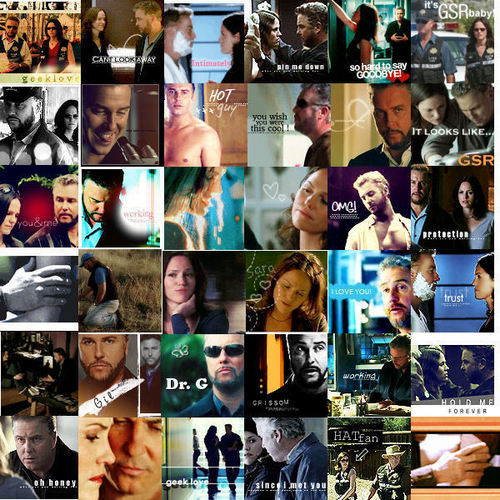 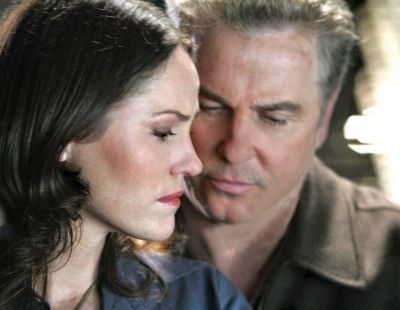