più di un anno fa rkcapger048 said…
Buffalo is boring. The only good thing about it is we live right near Niagara Falls and we take field trips there every couple years. Our winters are from late October to early April. *sighs* it isn't so bad, but we had an October blizzard in '06 and it got so bad we had to leave. Were still recovering from the damage (mostly trees destroyed)

più di un anno fa souflizzle317 said…
^ nope, not too many cafes where I live, but I love to write :)

rkcapger048, you live in Buffalo? So far you're the closest one on this forum to where I live in Vermont :)

più di un anno fa RavenclawPride said…
No, no I haven't. I don't like writing stories...

più di un anno fa harrypotterbest said…
oh... i like writing, but i'm not very good at it :) like you saw on my fanfic :)

più di un anno fa rkcapger048 said…
Whoo! Lucky me! But I've never been to New England. We were going to go to Boston in March, but then something happened and we couldn't. :(

più di un anno fa LoveDraco123 said…
Best, you write awesome. :O You have creative ideas. I like your writing. :)

I love to write, too. I once wrote this story on this Facebook application sorta thing, and people told me it was good... That was how I actually got into writing. I've never written in a cafe, though- where I live, girls don't go to cafes alone. It's dangerous for us. Most men here aren't very civilized.

J K wrote all of Potter in a cafe...
and in book 7, The G3 (golden trio) get chased by Death Eaters in a cafe. plus, she always orders coffee, and Ron says 'God, that stuff's revolting. let's go, i don't want to drink this.' ... strange.

You have been blocked from using the name change feature for two weeks because a prior attempt was rejected by our system. D: now I can't participate in change your middle name to your favourite HP character month :((

più di un anno fa harrypotterbest said…
A critic is someone who never actually goes to the battle, yet who afterwards comes out shooting the wounded

più di un anno fa harrypotterbest said…
It took me fifteen years to discover that I had no talent for writing, but I couldn't give it up because by that time I was too famous.

più di un anno fa harrypotterbest said…
A writer is congenitally unable to tell the truth and that is why we call what he writes fiction.


It took me fifteen years to discover that I had no talent for writing, but I couldn't give it up because by that time I was too famous.


If at first you don't succeed, try again. Then quit. There's no use being a damn fool about it.


The pen is mightier than the sword, and considerably easier to write with.

più di un anno fa potterrox said…
Is that on facebook? It would be splendiferous :)

lemon- Moose video! I really liked the second step up, mostly for the dancing and moose. the plot was so so... :/

I don't really write in cafes because the only one where i live is starbucks and its pretty much the center of my neighborhoods social scene. impossible to concentrate! I love to write though, just not fanfics. is it okay if I post it?


Doing nothing is very hard to do...you never know when you're finished.


Politics is perhaps the only profession for which no preparation is thought necessary.

okay, random quotes are over

più di un anno fa lucius_malloy said…
It took me fifteen years to discover that I had no talent for writing, but I couldn't give it up because by that time I was too famous.
-- SMeyer?

best - stick your quotes there lol 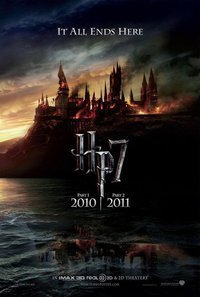 più di un anno fa lucius_malloy said…
O_o weird split place :D I thought it was when they get caught by the snatchers? and anyway, it's like 2/3 1/3 now.

più di un anno fa boolander25 said…
They're spitting it there? I guess that's a cool way to end it, but there? I thought they were splitting it when they get captured by the Snatchers.

più di un anno fa harrypotterbest said…
thanks i was wondering if i should make an epilogue/part 3! 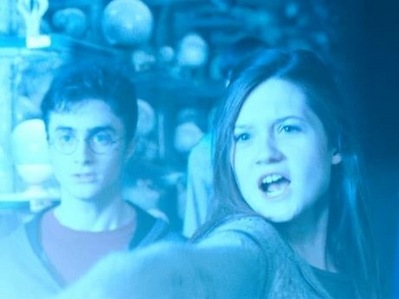 più di un anno fa RavenclawPride said…
^Harry and Ginny at the Battle of the Ministry in OotP. I see all the prophecies...

@harrypotterbest- she lives in Phoenix, Arizona.

più di un anno fa boolander25 said…
I think she might include it in her fanfic.

più di un anno fa boolander25 said…
Do they like have their epic battle or whatever at her house?

smut at the end, but very light lol - posting the first bits again to recap :)


She stood next to Dumbledore at the head of the table in Grimmauld Place. She looked sad Harry thought and while the Professor waited for the table of about 20 to quiet down, he took the time to study her. She was tall, the same height as the old man she was standing next to. She had his high cheek bones and willowy body. She also had his piercing blue eyes, which had the same ability to x-ray the people in the room Harry though wryly, as she looked right at him and smiled in recognition. He did not know her but she knew him and smiled a bit wider showing a prefect mouth full of gleaming teeth. Her gaze flicked over the rest of the room in a way that summand silence. Dumbledore chuckled softly. That same gaze then rested in Sirius and the two exchanged a look. Harry made a metal note to ask Sirius about that look later but for now, switch his attention over to his teacher.
“Everybody” said Dumbledore. His voice was soft but it carried across the same room with ease.
“ I would like you to meet someone very special. Cassandra will be staying with you for the rest of the school holidays and moving to Hogwarts in September to start her sixth year, just like our younger members” he said flashing a smile that and the far end of the table where most of the Weasley’s, Harry and Hermione where sitting.
“So that’s how old she is”, thought Harry, “but who is she.” This last thought was echoed in the whispers of his peers.
“Oh,” said Dumbledore turning from the door he was about to leave through, as though he had forgotten, though as everybody at the table new, Dumbledore rarely forgot anything.
“I will be relying on you three,” he pointed at Harry, Ron and Hermione, “to ensure my niece is well looked after.”


Cassandra cringed. She had asked him not to do that, but her estranged uncle tended to do as he liked. Molly leapt up first as Dumbledore walked out the room.
“Won’t you stay…..” she called after him, but the front door was already swinging to.
“He has business Mrs Weasley, and he tends to…….you know” she offered unhelpfully, feeling the need to excuse her uncle of Molly’s disapproving glare. Molly sighed before pushing a big smile on her face, one that showed true warmth and gestured around the table.
“Who do you know,” she asked and Cassandra was glad of the distraction. She took her time in answering the question, running her hands through her long, straight black hair before answering.
“Well, Sirius and Remus and Tonks.” She flashed a smile to the owner of each name.
“Then there’s Snape and you too of course. ” she added, grinning at Arthur Weasley and Molly. Snape was not present at the table. The table and Cassandra knew he had business with Dumbledore, but no one in the order knew the nature of this business.
“Everybody, this is Cassandra. She sometimes stays here during term time. She’s a member of the order.”
There was a stunned silence.
“How old is she” demanded Ron with his usual subtly.
“Im the same age as you,” said Cassandra, throwing him a winning smile that silenced the boy. Unfortunately for her, Fred took up the attack, “if she’s younger than us, how come she is in the order.” “Cassandra has abilities far beyond her years” said both Molly and Sirius at the same time.
Cassandra rased her eyebrows in surprise at Sirius before sliding in next to him at the dinner table, far away from the younger member glares. Lupin’s poor attempt to change the subject worked and the table settled down. Cassandra ate very little that first night.


“Why did I get this room?” Cassandra asked Sirius. It was not long after dinner. Cassandra had excused herself to pack and the youngest Black had followed her up. He had been mocking her for unpacking the muggle way, “unnatural”, he called it and was now lounged all over her double bed, fiddling with her jeans and black, Hogwarts robes.
“I thought you would like it.” he replied, smiling innocently.
“You know I hate…………grandeur” she said, swatting him with a red bra before putting it away in the cupboard. Cassandra certainly had a reason to complain. The room had been magically enhance to be much taller than the rest of the house. A chandelier glittered with real diamonds and torches hung in blacked brackets on the wall. The walls were the rich green and silver of Slytherin and hung with family portraits of scowling members of the Black family. The space was dominated with a four-poster bed with lavish furnishings and a rich coating of dust. The wooden floor was that same. The room was neat but unkempt.
“My parents room.” said Sirius without a trace of nostalgia. Cassandra stored the suitcases under that bed and sat next to him.
“So why am I in it?”
“So I can do this,” he snapped, grapping her suddenly and pulling her onto the bed. She collapsed in giggles as he pulled he closer to him by her waist and kissed him. She moved into the kiss, running her hands through her former lovers hair and allowing him to lie onto of her. There legs intertwined and the kiss deepened and she felt, rather than heard him moan when a thought popped into her head. Breaking the kiss she stared into his dark eyes as they both panted for air.
“Here, you want to do this here?” she asked, very aware of the fact there were people downstairs. Sirius seem to read her thoughts because he rolled of the bed, misjudging it and ended up sprawled on the floor. While Cassandra killed herself laughing, he jumped up and grinned a wolf like grin before bounding out of her door. She sighed and fell back against the bed, before drifting of to sleep fully clothed.

it's gonna be a 'surprise ending' like meyers, only better

più di un anno fa harrypotterbest said…
love the story moo!
Previous
Something to say? Sign in with one of these options:
Log in to Fanpop! Not yet registered? Create a new Fanpop account!