più di un anno fa LoveforSeverus said…
*sits down and get comfortable*
Well, what happened was:
I don't know if you guys knew, but over the summer I made, like, 10 HP style wands. Hand crafted, painted, picked out colors for the cores, the whole 9 yards. Then I made one that just fit. You know how Harry says that his wand just felt good in his hand? Well that's how this wand felt. It was just ... the one.
Then my dog ate it.
But the best part of this whole thing to me is that I named this dog Draco. Irony... I hate it now.

più di un anno fa SuperSnuffles13 said…
Damn. I have to leave on a new page. 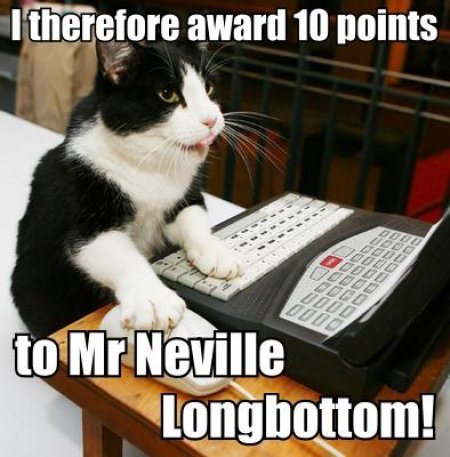 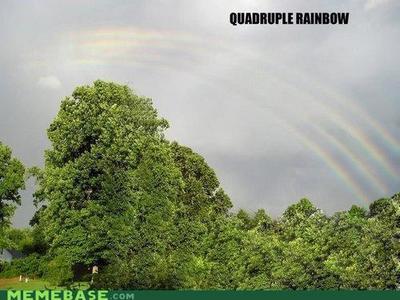 più di un anno fa LoveforSeverus said…
Yeah, I was pissed. Haven't had the heart to replace it... :(
Well Good Night to whoever is leaving.

più di un anno fa boolander25 said…
Ooh that sucks, Sev. Is it bad that I laughed at your story?

Sorry about your wand Severus, but you've got to admit it's kinda funny.

più di un anno fa harrypotterbest said…
GD, why do you think someone hacked my account?

più di un anno fa jetaimekaka said…
actually I like both harry potter and twilight but harry potter story is more interesting and I think sometimes twilight can be boring...

più di un anno fa harrypotterbest said…
Memories
"I don't want you to go, mum!" Eleven year old Neville Longbottom hugged his mother.
"Neville dear, I'm not going anywhere!" Alice smiled and clumsily patted her son's head. A tear slipped and hit the young boy's head. "Oh Neville, I'm so proud of you..."
Neville looked up. "Stay with me," he said quietly.
"I'll always be there for you, son."
His eyes flew open. It was just a dream. His mother wasn't here. She was gone.
Neville, hands sticky because of the chocolate he had eaten - or rather, smeared accross his face - tottered into the room. He looked up curiously at the four people that stood there. They were all dressed in black and masks covered their faces. His father lay on the ground, unmoving. He walked over and nudged his father with his foot. "Daddy,"he said in a very audible whisper. "Up! Guests here," he glanced at the stationary people.
A laugh could be heard from the kitchen. "Neville, what are you -" Alice Longbottom froze as she caught sight of the people standing in the entrance. "No," she whispered. The silence seemed to stretch on for eternity.
It was finally broken by a cruel laugh. Bellatrix Lestrange threw back her hood. "Remember me?" she mocked. "CRUCIO!" the heartless Death Eater yelled.
A scream was torn from Alice's throat.
"STOP!" one year old Neville shouted, crying. The ruthless Death Eater laughed once for and turned her wand to point at the yound boy.
"No!" Alice shouted, throwing herself infront of her son, spreading her arms as though to protect him from further harm. Her screams peirced the air and the horrid Death Eater laughed maniacally. "CRUCIO!" she shouted once again.
"Mommy!" whimpered Neville, in tears behind his mother. "Mommy!" he said louder, and ducking from under his mother's arm, he walked over and kicked Bellatrix.
"Oh, is the little baby sad?" she said in a baby-tone. Neville sniffed and looked up at her, hope in his eyes. Hope that she was determined to crush. "CRUCIO!" she pointed her wand at the child, at the helpless one year old. With both Alice and Frank unconcious, she was free to do as she please. The screams of the child were worse than of the parents.
And, once again, the Death Eater laughed. She flicked her wand and Neville fell to the floor. His screams stopped yet silent tears were running down his face. And then, hope arrived. He could only watch as the door was kicked open, and several Order members ran in, shooting spells left, right, and center. He heard Bellatrix scream, he heard her laugh, he saw the Death Eaters being captured.
"Take that, you bastard!" growled Moody, as Rodulphus Lestrange was slammed into the wall. One of the Death Eaters slipped outside, and Kingsley ran in pursuit, leaving Rodulphus, Bellatrix, Moody, Rabastan, Hestia, and Emmeline. Immediately Hestia engaged Rabastan in battle and the two began dueling feircely.
Bellatrix cackled and shot a killing curse at Emmeline, who ducked and responded with her own stunner.
-
Not done yet, do you like it?

più di un anno fa venvargie said…
Nope!
But if KOF doesn't stop with the movie mistakes I'mma be mad.
They're annoying.
it's a movie, no one is perfect, mistakes happen.
I'm sure he'd be mad and report it or justify it if we posted ones from Twilight movies. -_-

più di un anno fa Gred_and_Forge said…
^ I actually found Twilight movie mistakes pics but not sure if it's right to post it :p

più di un anno fa venvargie said…
Post them!
Give KOF a taste of his own annoyance.

più di un anno fa KateKicksAss said…
And this is in response to a few pages ago, but I don't LIKE sleeping or anything...I just get yelled at if I fall asleep in class :( For some reason my teachers don't seem to appreciate it...weird huh?
Wish I could control it and not sleep :(

più di un anno fa KateKicksAss said…
I was actually pretty surprised by some of the movie fails for both HP and Twilight. I mean, some weren't that obvious, but some were just so out there that you really can't believe no one caught it. Like the one with Jacob and Leah's tatoos.

più di un anno fa Gred_and_Forge said…
Haha thanks. The one where the jeep is dirty one second, then clean the next was kinda off x] But yeah, I wouldn't have noticed the tattoos either. 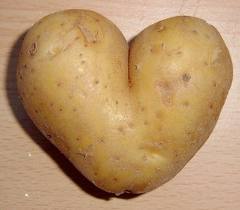 più di un anno fa harrypotterbest said…
Oh, and I pronounce it "po-tay-toe", in case you were wondering :P x

Ven the Potato Queen will explain, since I'm off to bed for real this time. Night guys! *hugs*
Previous
Something to say? Sign in with one of these options:
Log in to Fanpop! Not yet registered? Create a new Fanpop account!