7
Part 4 (random huddy story)
posted by huddy_aimee
House got off the elevator at the 4th floor and made his way to his office, sat down and opened Wilson's lunch as he pulled a fork from the inside of his coat. He smiled greedily.
He took a mouthful of the pasta but as soon as he did that he was interrupted da none other than Dr. Foreman.
"We've got a case," he detto lazily.
"Can't," detto House with his mouth full of food. Foreman glares at him whilst thrusting the dark blue folder at him. House rolls his eyes.
"What part of 'I can't' do te not understand?"
"Why can't you?"
"Because I'm on my lunch break and then I'm on vacation." House said, "Now is your chance to mostra what such a good diagnostic legend te are!"
Foreman looked at him, insulted da what he had said, and departed the office in a huff.
**************************************************
1:30 had come around quite quickly for Cuddy and she sat in her office awaiting the arrival of her head of Oncology. She heard the door open and she tore her gaze frome the files infront of her.
"Hey," he greeted.
"Hi," she replied, "Take a seat."
Wilson sat down infront ofhis boss and smiled, handing over the envelope that contain her ticket and in-depth information on the trip.
"I've booked te a yacht. I pilot will come onboard and take te out of the sound and then he will leave te with two weeks to yourself cruising." he explained, now trying to hide his smirk as he had detto 'two weeks to yourself.
"Thanks Wilson," she dismissed
"No problem, don't forget, it's a depart at 5am tomorrow,"
"I won't forget," she mumbled as he had exited her office. He giggled (like a little girl) to himself, 'Mission accomplished,'


TBC
huddyaimee93, huddy89 and 5 others like this
12
Chapter4 - te Can't Always Get What te Want
posted by Chandlerfan
They were now sitting in the living room, Cuddy still anxiously waiting for whatever House was going to say. Meanwhile, House was sat there, completely frozen.

‘House? What were te going to tell me? House!’ Cuddy repeated over and over again, to no avail, until he just stood up without a single word and headed for the door.

House turned around to find that he was just inches away from Cuddy. Both of them shocked da this sudden closeness, but neither backing away. The sexual tension was too much for House. He had to do più than just stare into her beautiful...
continue reading...
9
Our Loss chapter 8!
posted by TheHiddenCane
I'm proud of this chapter!

For as long as the road didn’t change, House didn’t care… around him, giorno and night could’ve changed a thousand times, but he only cared about the white stripes on the pavement:

Followed them where they bent and silently obeyed where the markings changed: he was blind to the world around him… the only thing he saw were those stripes: 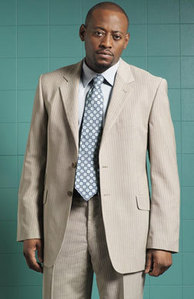 A neurologist, Foreman is a member of Dr. Gregory House's handpicked team of specialists at Princeton-Plainsboro Teaching Hospital's Diagnostic Medicine Department. He was hired da House merely three days prior to the series' pilot episode (as implied in a deleted scene of the pilot).

Foreman is widely regarded as the smartest and most qualified member of the team, having attended Columbia università as an undergraduate before matriculating to Johns Hopkins Medical School. His academic performance was impressive, as he mentioned in the pilot he had a 4.0 GPA through medical school,...
continue reading...
7
Not what we Expected from the Dean (pt 3)
posted by huddy_aimee
AN: I noticed that there weren't many review but there were over 200 hits on this fic...I hope those people who didn't review are enjoying it...the più reviews the faster I update...if anyone has any consigli on how i could make my fic better in anyway please let me know... :) im a bit bored now so i thought i might indulge te in this chappie...

REVIEWS ARE MY DRUGS AND IM ADDICTED !!!! FEED MY ADDICTION !!!!


*About a week later*
Greg and Lisa had navigated...
continue reading...
4
The World in Two Different visualizzazioni 5
posted by HugeEgoSorry
House walked and stood beside Hugh a few weeks later. Both of them were silently staring at the actor’s body.
House: I saw your result, looks like you’ll be out for good…
Hugh turned to look at him.
Hugh: Thank you…
House nodded and they glanced back at the body.
Hugh: How about you?
House: <shook his head> I don’t know…
Hugh looked at him as he made his way to the chair in front of the bed. He raised his arms and let it stay behind his neck while looking at his friend’s body.
Hugh: And te can live with that?
House: Live? I am not alive…
Hugh: And you’re okay with that?
House:...
continue reading...
5
Boast on House
posted by dillyydallyy
“Regular radical, me radical o me out of my mind radical?"

I’m magically mightier, più Godly than God himself
Whose holy, hectic world is foolish and phony
Because I bear, the strange solutions
To all mystifying modern, medical mysteries.
Talented to, treat distressing diseases
With the superb support, of some serious vicodin
Each pill pulsing, pure sweetness similar to candy.
I devote my days, deliberately torturing my team
Warranting my worries, of wistful workers.
As my mediocre, giorno draws out
I flee foxily, from the Medical Mistress
Deeply disguised, in the darkness of the day
Slyly sleeping,...
continue reading...
6
Quite few things:chapter 6: Patients
posted by huddyislove
Chapter 6: Patients

Hey! Here’s the chapter 6 for you! Hope te find it interesting!! :DDDD
It’s a little bit longer, and I know te guys like longer chapters so I decided to fulfill one of your wishes. As for the successivo chapie, I hope to be able to finish it until Wednesday.
xoxo

*********************************************************************
I woke up with a sharp pain in my hand. It wasn’t after two secondi I realized someone hit me, and it was House. How surprising. I am not really sure how many hours I’ve slept but it felt like I’ve been asleep for ten minutes. The divano in my...
continue reading...
10
Season 5 speculation and hopes!(super spoilery)
posted by amberRocks
Season 4 ended up really bad for me te know with amber dying and stuff...
But now season 5 is starting to getting really interesting!
Wameron is a possibility and I am really excited because this is the ship that I Amore as much as I Amore Hameron!(And te know how much I Amore Hameron)
So Huddy is also,not only a possibility in this case.Huddy happening and so I am asking te a thing!
Is it so wrong for me to have wameron?I deserve it!
Wilber died,Hameron is not a posssibility and I don't like the other ships!(except Wilteen!But thats another discussion!A lusty one!)
So heres the facts!
Cameron is...
continue reading...
12
Chapter2 - te Can't Always Get What te Want
posted by Chandlerfan
There he was, sitting with his feet propped up on his scrivania, reception and an unknown smile on his face. He was suddenly awoken from his thoughts about his mystery woman with a nervous cough. He was admittedly a little angry someone had broken his trail of thought, when he opened his eyes and saw his new team standing with Foreman in an awkward manner. They usually did that when House was in another world, and truth be told, House was slightly amused da their bewildered expressions. But this time, it was different. Not a word was spoken when they finally had his attention.

‘You’re...happy,’ detto a...
continue reading...
10
How are te really feeling??
posted by EnjoyHuddy
Well, this isn't a real episode of House, I decided to put only House and Cuddy.
Hope te Enjoy it!^^Maybe they are a little out of charachter so...sorry!!Hope I'll make any mistake

It was a warm and sunny Saturday afternoon,and everyone was gone home...Everyone but some nurses,Lisa Cuddy and House.That's a little strange but he was still there.
He made his way towards Cuddy's office.She was sitting at her scrivania, reception with her hands on the keybord, Scrivere something.

"Cuddles!!"he detto limping towards her desk.
Cuddy loocked up from the keybord to him, a little surprised that he was still at work....
continue reading...
24
Chapter 1: The Bad news (my project :) )
posted by pollyloveshouse
The sudden bang of jameswilson throwing open the door to the doctors lounge brought everyone's attention away from the intense game of poker that had been going on for some time.
"Anusha's sick!" This exclamation from jameswilson caused a bigger reaction than her dramatic entrance. Both oldmovie and Immunity jumped out of their chairs, the combined force of this nearly knocking over the tavolo they had been playing on.
"what's happened?" asked oldmovie.
"we're not sure yet... we need to run some tests."

The atmosphere in the room was suddenly extremely tense. This was exactly what none of them...
continue reading... 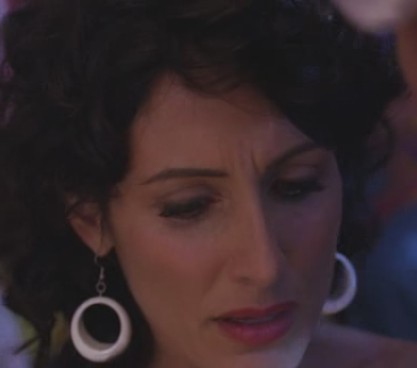 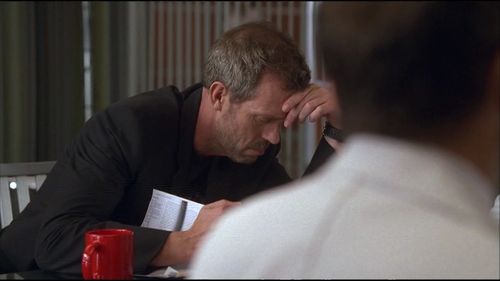 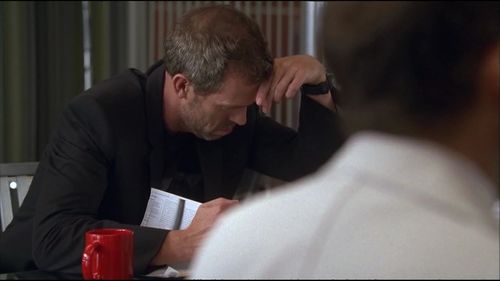