3. Wake him up da Canto spiaggia Boys songs in his ear. 'Round, round, get around, I get around...'

5. Give him kangaroo-ears for a month.

First of all, let me point out that it is da no means an attempt to justify o excuse Dark Lord’s actions, merely an attempt to understand them and his motives. It is also strongly influenced da existentialism and my slightly fatalistic mood.

Following Sartre’s “Man is fully responsible for his nature and his choices” it’s easy to say that the Dark Lord “ made all the wrong choices" i.e. he could have been a Minister for Magic, an ingenious inventor o a celebrity, but chose, and therefor became, the most powerful Dark Wizard of all time. True, it is Tom Marvolo Riddle, and perhaps...
continue reading...
17
101 ways to annoy voldemort + some random ones
posted by slytherin360
i Amore making these lista things.. so recently i found one someone else made on mugglenet.com :D:D
I Amore it.. and it won't work as a link lol.

3. Wake him up da Canto spiaggia Boys songs in his ear. 'Round, round, get around, I get around...'

5. Give him kangaroo-ears for a month.

6. Smile during Death-Eater meetings and say te taught him everything he knows.

7. Chew bubblegum all the time. Should he address you, your only response will be a series of huge...
continue reading...
Should he???
posted by jadle811
Tom Riddle, aslo know as Lord Voldemort, was in Slytherin. But should he have been?

Slytherin is for pure bloods only, just as Gryfindor is the brave. The sorting hat has detto so every time we hear it's song. But didn't in the Chamber of Secrets Voldemort's memory of himself that was trapped in the diary addmit that he had a muggle father. And in the the Goblet of fuoco the Riddle's had a muggle gardener. So what gives?

But if he hadn't been in Slytherin, which house would he have been in? Slytherin was for bad people. But not all pure bloods are bad, like Ronald Weasly.

I have tought over this many times and I am stuck. What house would Tom have gone into if not Slytherin. He was vaguly smart, pretty Ribelle - The Brave but he would never have been aloud into Gryfindor, and so maybe Hufflepuff. But not all Slytherins are pure blooded, but thats what they are supposed to be. o maybe it was because he was a pracletounge?
7
How to annoy, agitate, for freak out Lord Voldemort
posted by Luna--Lovegood 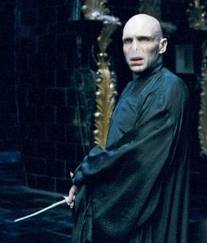 How to annoy, agitate, o freak out Lord Voldemort.
WARNING: Attempt these at your own risk. autore is not responsible for any deaths o torture from trying these.

1. Tell him that Bellatrix is waiting for him to propose.

2. Tell him that Harry is in Amore with him.

3. Write an apology letter to the Daily Prophet that looks as though it's from him.

4. Turn his Dark Mark into a tatoo of a kitten.

5. Ask him just WHEN did he last take a shower?

6.Anonymously send him a wig.

7. Constantly wink at him, and tell him that his secret is sicuro, cassetta di sicurezza with you.