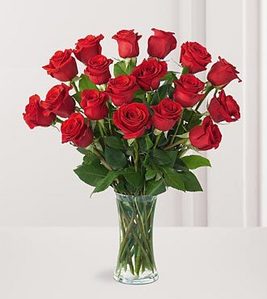 Roses that Diane found on her desk
After Driving around for hours Michael finally came back home. When he arrived he looked at the the clock to see that it was almost midnight. Michael sighed then walked into the cucina to get himself something to drink. Once in the cucina michael walked over to the fridge and grabbed himself a bottled water. Just then Diane walked into the kitchen. "Michael.....im sorry about what happened eariler......" Diane said. Michael just nodded as if he heard her. "Michael can we please just talk...i hate it when te dont talk to me." Diane said. "There's nothing to talk about right now Diane."Michael detto flatly as he began to walk out of the kitchen, towards the staircase. "What do te mean theres nothing to talk about?...i come in here to apologize for recitazione like a total witch to te and this is what i get?" Diane detto angerily. Michael detto nothing and contiued to walk up the stairs. "Michael when are te going to forgive me?" Diane detto as she began to cry. "When are te going to learn to trust me?" Michael shot back. Diane detto nothing and michael disappeared into his bedroom.

A couple days go da since Michael and Diane's arguement, neither of them have talked. Michael then begins to feel really lonely and wants him and Diane to talk again. So one giorno michael decides to leave diane a surpirse on her scrivania, reception at work......

Diane woke up as she always did to get ready for work. When she got up she noticed that michael was already gone. "Thats strange,he usually doesnt go to work this early." Diane thought to herself. Just thinking maybe he went early because he had to do something Diane brushed it off and contiuted to get ready as usual. After getting ready she woke the girls up and made them breakfast and told them to wait for Beth. Then she grabbed her things and headed out the door to work.

Once at work Diane walked up to her office and unlocked the door. She was then taken da surprise, there are her scrivania, reception was a vase full of a dozen rose . Diane walked over to see that there was an envelope with her name on it . Diane opened the envelope to see that there was a card inside, diane opened the card and it read:
im sorry i hurt te the other night,i know te where only apologizing. I was just a little upset and i felt that te didnt trust me because of everything thats gone on in the past. But i think its time that we just put those things behind us. No one else can make me as happy as te do. Diane i Amore te più words could say, no matter how much we may fight, te are the only woman i will ever love.
Amore te forever and ever,
Michael


part 6 is coming soon! Sorry this part was so short, i promise part 6 will be longer :) 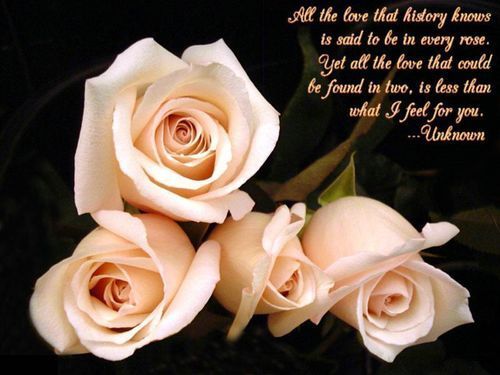 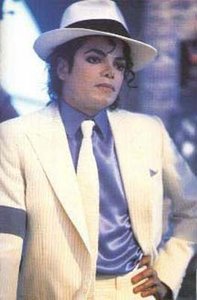 Diane then did as told and made her way slowly but surely onset. Once she got there she once again got nothing but mean looks from everyone, all except michael. Diane ignored the dirty looks and went on about her business. Diane was just about finsihed fixing the camera when she felt a light tape on her shoulder. "Hey....can we talk?" the voice asked. Diane turned around to see michael. She couldnt believe after all thats happened that he actually wanted to talk to her. "Um..yea sure...just let me finish with this camera im almost done." Diane said. "Okay well when your done meet me in the...
continue reading...
3
Dangerous Era Fantasy: Standing da te part 8
posted by foreveraMJJFan

Mr. Zimmerman
Michael grabbed his sweater and he and so did evan. They began walking along michael's trail which went around over half of his property. "So mike...uh how long have te lived here?" Evan asked trying to make small talk. "Um let see i moved here in 88 and it is now 1993 so ive lived here about 5 years." Michael answered. "Cool, do te know how many rides te have on the property?" Evan asked. " Um....hold on let me think." Michael began to lista off the rides in his head. " I would say about maybe 10 o a little more.", "Cool...do te like ever ride them da yourself?" Evan asked. Michael gave...
continue reading...
7
Dangerous Era Fantasy: Standing da te part 4
posted by foreveraMJJFan
"Please dont hurt me." Ali said. "Well te should have thought about it when te asked those domande in the video." Michael detto as he walked away from the computer. "Oh come on big bro te know there would be girls out there that where going to post stuff like that anyway, calm down i mean come on do te really think i would try and find te a data on youtube?" Ali detto as she followed michael into the kitchen. Michael gave Ali as serious look as he stood in front of the fridge. "Ok im sorry i shouldnt hae asked those questions...but did te know that Youtube was made to be a dating site..bet...
continue reading...
3
michael jackson- planet earth poem <3
posted by jazzyjaz31

Planet Earth, my home, my place
A capricious anomaly in the sea of space
Planet Earth are te just
Floating by, a nube, nuvola of dust
A minor globe, about to bust
A piece of metal bound to rust
A speck of matter in a mindless void
A lonely spacship, a large asteroid
Cold as a rock without a hue
Held together with a bit of glue
Something tells me this isn't true
You are my swweetheart soft and blue
Do te care, have te a part
In the deepest emotions of my own heart
Tender with breezes caressing and whole
Alive with music, haunting my soul.
In my veins I've felt the mystery
Of corridors of time, libri of hisotry
Life...
continue reading...
12
magical friendship part 2 plz comment♫
posted by koolkat-1104

So after a few 10 secs Michael detto te know when me and my brothers would go to the studio there would be a playground across the strada, via and i would see tons of children playing and having alot of fun.Every time we would go to the studio. i would cry wishing i could be over there.All i wanted was a childhood. no one ever under stood me.People just judge te da your looks and your personality. it really hurts me a lot to see how people treat each other so cruely.i wish people wouldn't judge me so much its really unfair.Aww im so sorry Michael. i wish i could of been there to help you.Thanks...
continue reading...
1
MJ Tomb -- Defaced with Hidden Messages
posted by michael58
TMZ has learned Michael Jackson's tomb has been defaced da a stealth band of vandals -- who have marked the walls of MJ's mausoleum with hidden messages ... and it's all in permanent ink.


Security at Forest Lawn in Glendale, CA is on the lookout for "fans" who have been Scrivere messages in hard-to-spot places outside the main window of the building in which MJ is entombed.

The Scrivere is mostly hidden underneath ledges -- o in spots covered da bushes -- and contains messages like, "Miss you" and "Keep the dream alive."

Reps at Forest Lawn are pretty ticked off -- telling TMZ, "Activity such as this, is a prime example why we are evaluating the level of access to the various entrances of the Great Mausoleum."

Forest Lawn also tells us that anyone caught vandalizing the cemetery will be banned for life.

3
mj vs jb
added by rashmi6g

Welcome to the world on Michael Jackson
added by pariisjaxnfan 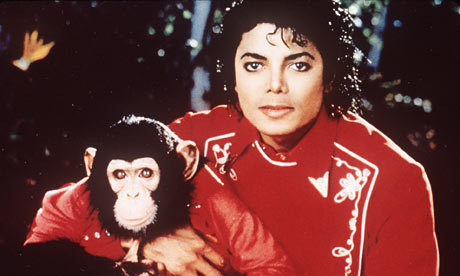 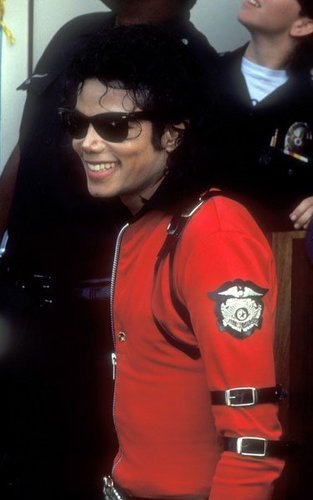 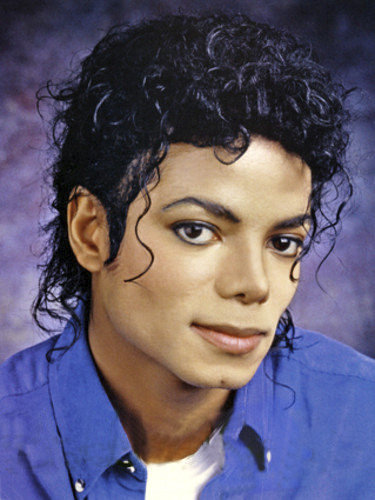 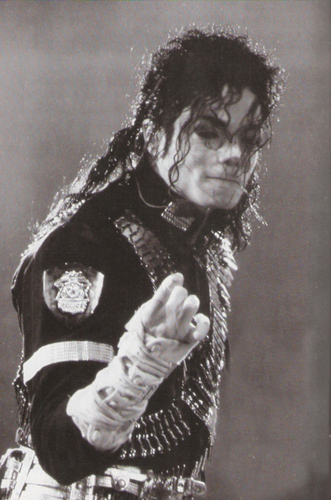 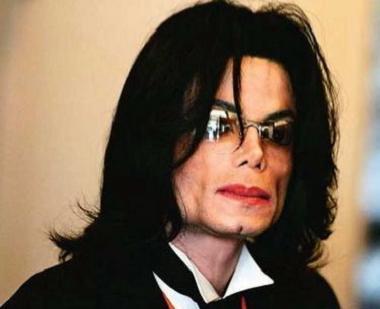 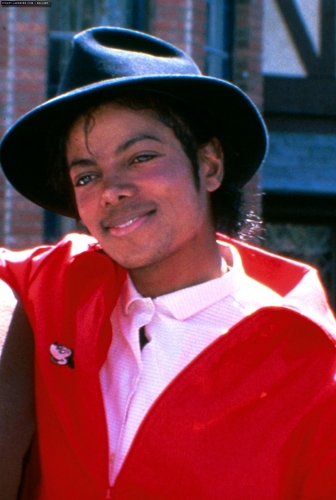