3
J5 era Amore Story (part 16)
posted by Eternalmike
Michael went off to meet his brothers but instead found Joseph. "Hey Joseph, I was going to meet my brothers" Michael said."Oh really? Then why I saw te with that girl?" Joseph asked." Um because she wanted to ask me questions" Michael lied."About what?" Joseph asked."The band and our music" Michael lied again.Joseph looked Michael in the eye to see if his son was telling the truth. Few moments later, Joseph finally detto " We gotta rehearse, c'mon!" Joseph walked quickly with Michael following behind.Michael is relieved.
Michael greeted his brothers and production people." Ok so the mostra is tonight. We got to make sure everything is ok. First we'll check the sound" Suzanne said.
The production people checked the sound with the boys's mikes and the amplifiers. The boys were asked to sing in the mikes to make sure it sounded great.There were some minor problems but they were taken care of. Then the people checked the instruments. The instruments sounded good. Now Suzanne asked the boys to perform the songs they were going to sing tonight.
After they did, Suzanne detto " Ok boys that was great! But Michael, te messed up a bit on that high note.Try that note again". So Michael tried it again and it sounded great. Suzanne asked them to perform just the song with Michael's high note. They did and the high note was great." Great job boys, you're gonna knock them dead tonight!' Suzanne said. Rehearsal ended and the boys anticipated for tonight.
The mostra was sold out as usual and screaming fan awaited for the Jackson 5's appearance. " Oh here we go with the ear bleeding screams!" Marlon said. " Yeah" Michael sighed. Joseph announced that it was time to perform. The boys went to a side of the stage. They were about to hear their cue. " Here are the Jackson 5!" Screaming fan screamed excitedly. The Jackson 5 went out to the center of the stage and began to perform. The instruments were on point as well as the vocals. The fan were Canto along ,some were holding up signs, and the rest were screaming. After each song, there was screaming and standing ovations.
After the Jackson 5 ended their first show, the fan screamed and vigorously clapped. The boys bowed and headed backstage. Some fan went backstage with their passes. The boys greeted fans. When there few fans, Michael saw Mariah. " ciao Mariah!" Michael detto hugging her. "Hey Michael, that was a great show!" Mariah detto releasing the hug."I'm so glad to see te here" Michael detto baciare her cheek."I am too" Mariah said." Well I got another mostra the giorno after tomorrow in Ohio" Michael sighed." I wanna come!" Mariah said. " Oh that would be so great!" Michael beamed.Michael heard Joseph call his name. "Oh I gotta go bye!" Michael kissed Mariah." Bye!" Mariah said.
MJcutiepie2002, The1listener and 1 other like this
5
J5 era Amore Story (part 14)
posted by Eternalmike 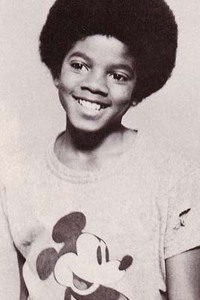 Michael <3
2 years later: The boys are really famous. Now the family lives in California and now they have a mansion named Hayvenhurst.It turns out that chicago wasn't the last time Michael actually saw Mariah...
It was a free giorno for the boys until tomorrow they start a tour."Wow, this is our last giorno until the tour" Jermaine said."Yeah,I'm gonna miss my family" Michael detto sad that he has to go on tour tomorrow."Aww don't worry, te got us" Jackie detto hoping to lighten Michael's mood."Yeah" Michael agreed feeling better.Michael decided to take a walk outside.
Michael was walking looking at the houses...
continue reading...
3
J5 era Amore Story (part 13)
posted by Eternalmike
It was monday after school and Motown rehearsal and Michael was looking for Mariah.Michael finally found her sitting on a bench."Hey Mariah!" Michael said.Mariah looked at him and said"Oh hey". "Whatcha doing?" Michael asked."Oh nothing, was just waiting for you" Mariah detto baciare Michael on the cheek."Oh, that was sweet of you!" Michael detto baciare her on the cheek also."I know, I want to ask te something" Mariah said."What is it girl?" Michael said."Do you, like I don't know, Amore me?" Mariah asked."Mariah, I definitely Amore you.I want to be able to Amore te forever and ever my dear!...
continue reading...
5
J5 era Amore Story (part 12)
posted by Eternalmike
Today was school but no rehearsal for the boys o Motown.The boys went to school."Yes, no rehearsal!" Marlon said."Just school" Michael said."No Motown!" Jermaine said."No girlfriend" Michael detto sad he doesn't get to see Mariah."It'll be alright Mike!" Jackie said."You could see her monday through thursday!" Tito said."Yeah" Michael detto smiling.They got in their schools.The boys had learned english, history, science, and mathematics.They had Musica and physical education.After school, the boys headed home."Hey, we don't have to worry about getting home in time for rehearsal!" Jermaine said."Yeah..."...
continue reading... 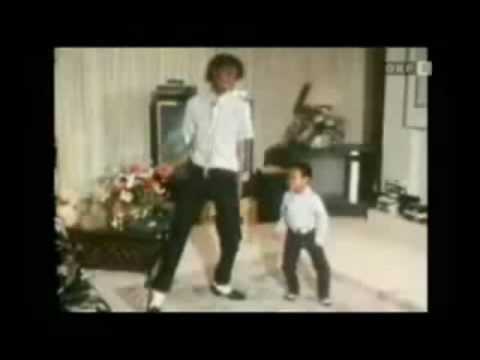 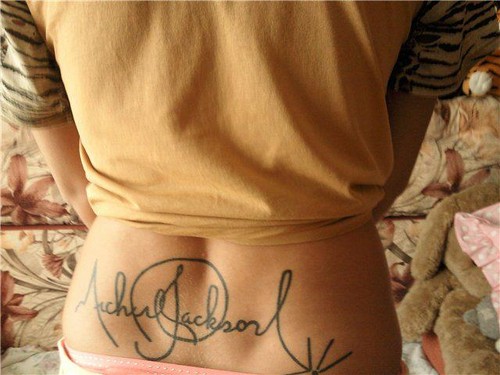 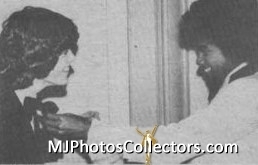 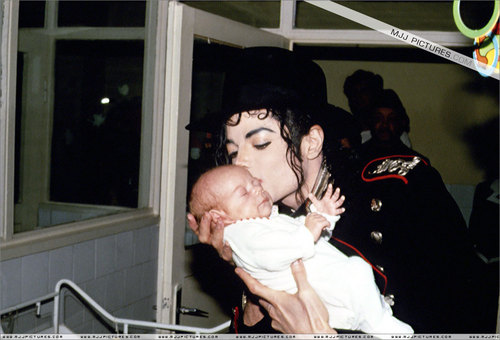 Various > Michael visits Bucharest
added by Beatit
2
J5 era Amore Story (part 10)
posted by Eternalmike
Tomorrow morning the boys got up for school."Ugh, waking up early, again!" Marlon complained."C'mon Marlon, lighten up!" Michael said."You're being positive because of your girlfriend!" Marlon said."And going to school" Michael added."The female teachers?" Jermaine said."Yeah and my friends!"Michael said.They went to the cucina to eat."So how'd everybody sleep?" Katherine asked."Good!" Everybody detto but Michael was louder than everyone."Wow Michael, te must've had a really good night sleep!" Katherine said."It's because of his girlfriend!" Marlon teased."Hey!" Michael said."Thinking about...
continue reading...
4
J5 era Amore Story (part 7)
posted by Eternalmike
Michael didn't respond, he looked down feeling embrassed."Answer me, do te like this girl?" Joesph demanded.A moment later Michael quietly said"Yes". "Michael, we're going to talk più about this! Come on, let's go!" Joesph detto grabbing Michael's hand and walking out the park.The four boys looked at Mariah and Mariah looked at them.Mariah heard the answer Michael gave."Michael likes me?" Mariah said."Oh yeah!" The four boys said.The four boys saw her blush."You like our brother back?" The four boys asked."Yeah, he's sweet and adorable! I have a crush on him" Mariah replied shyly."Ok" The...
continue reading...
2
unconditional love....a story of fatherhood, chp 2
posted by bigmanguy

Hi guys; sorry this chapter is shorter than normal. I never really realized how hard it is to write about a newborn baby because they don't really do much. The successivo chapter will probably be just a short because the baby will only be a-year-old; but I promise after that the chapters will be much longer! It took me a long time to write this chapter because today I came out to the majority of my family members as transsexual and most of them are confused because I'm still attracted to men; instead of women. Needless to say I've had to do a lot of explaining lately! I hope all of...
continue reading...
3
Devil Thy Name Is Woman Part Six
posted by laceylady
The walk home seemed endless for Michael. He kept replaying what happened over and over again in his mind. He couldn't shake off the guilt that weighed so heavily on him. He began to feel a little dizzy as the sick feeling in his stomach worsened. Then his vision became blurry and he started swaying. Michael knew something was wrong so he decided to stop and rest. He found a patch of erba on the side of the road and laid down.

A few minuti rest was all he needed but he ended up falling asleep. About 20 minuti later, a silver Volvo pulled over on the side of the road where Michael lay sleeping....
continue reading...
3
Bad Era Fantasy: Amore is a fight, life is a secondo chance part 8
posted by foreveraMJJFan 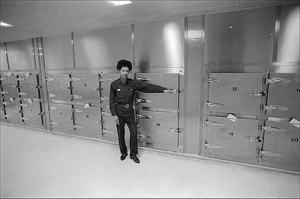 Soon after Michael's death, the news outlets had been notified. Almost every channel had "Superstar Michael Jackson Shot and Killed." , "Michael Jackson dead at 36" and "Michael Jackson Murdered da Jeleous Fan" scrolled across the bottom of the screen. Alicia still sat in the waiting room too weak to even move. She couldnt believe that her best friend was dead. Alicia's eyes filled with tears as she stood there staring at the tv in the waiting room. Just then a nurse came in. "Ma'm dont te want to go home?" , "No...im waiting for my Friends wife....she's taking me home." Alicia sniffled,...
continue reading...
4
Devil Thy Name is Woman Part Two
posted by laceylady
He worked at the local bookstore 2 blocks from his house. A simple job, not very exciting, but it put Cibo on the tavolo an paid the bills and that's all that mattered to Michael. As he entered the store he was greeted da a co worker named Erica. Erica was a high school student who worked part time at the store. She was fairly tall with blond hair and dark blue eyes. She was very friendly and personable, always had a smile on her face. Though they weren't terribly close, Michael and Erica enjoyed each other's company and often talked during their break. 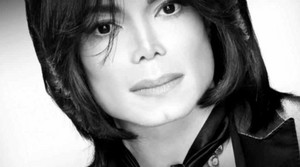 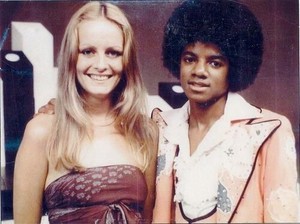 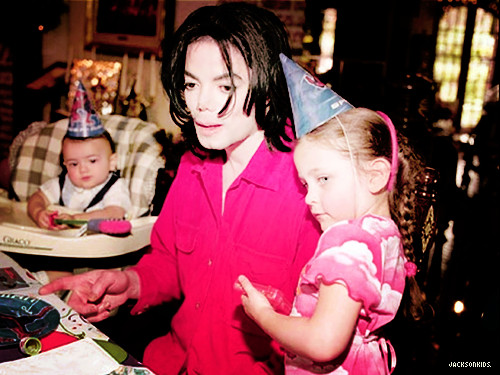 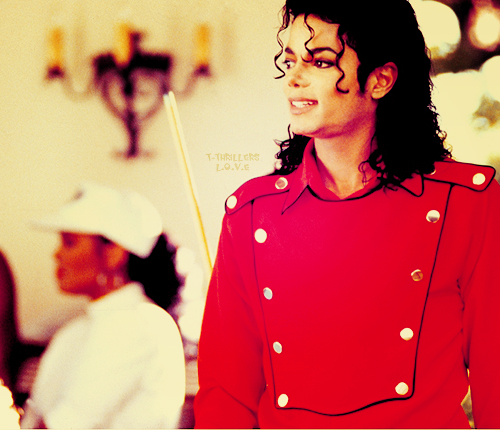 2
Natale won't be Perfect without te here ♥.
added by NikkiLovesMJ 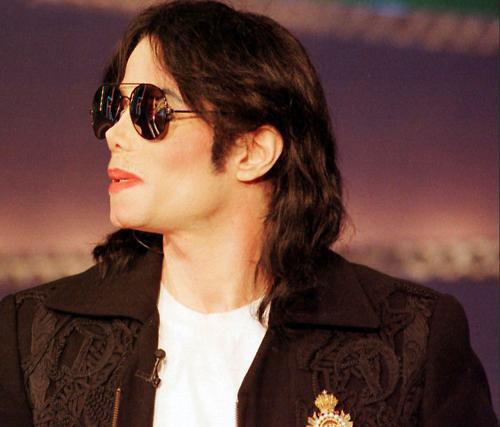 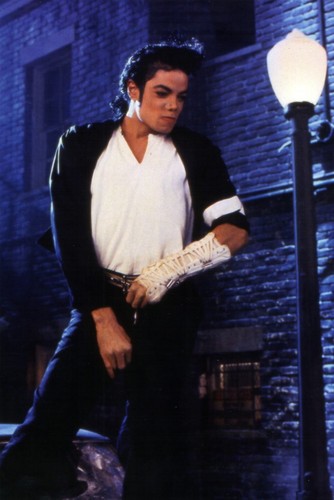