Railway Pony: *Driving freight train across a bridge going over the train tracks at the station.*
Metal Gloss: *Drives freight train under bridge*
Pony: *In the station, buying a ticket. As soon as he gets the ticket, he runs across the platform, and boards his train.*
Hawkeye: *Preparing train for departure*
Stylo: *Looking at orders on paper*
Hawkeye: *Blows horn twice*
Signal Pony: *Turns signal green*
Hawkeye: *Drives train out of the station.*

Black Tuesday and Stargazer from Triq267

Hawkeye, and Stylo were getting ready to drive their first train for the day.

Hawkeye: *Climbing into the train with Stylo* Good thing Orion's still arrested for what he did a few days ago.
Stylo: I wonder if he'll still try to get fired on purpose when he gets back.
Hawkeye: Maybe. Who the fuck knows what's going on inside that stallion's head.
Stylo: I don't think I want to know.
Audience: *Laughing*

With that, the signal turned green, and the two stallions left the train yard in their freight train.

Stylo: What are we bringing to Denver today?
Hawkeye: Nineteen freezers with frutta inside of them.
Stylo: Freezers are too small to be on a train.
Hawkeye: Not that freezer. The freezer, as in refrigerated boxcar.
Audience: *Quietly laughing*
Stylo: Take a joke Hawkeye.
Hawkeye: That was a joke?
Audience: *Laughing* 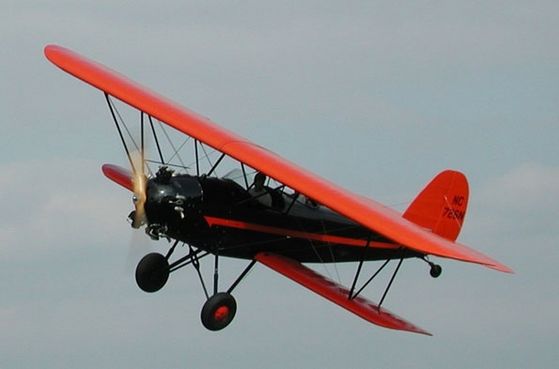 
Around that time, a red biplano was flying towards them, slowly losing altitude. The engine broke down, and the pilot couldn't get it to start.

Hawkeye: Watch out of that airplane.
Stylo: I am, and it's not an airplane, it's a biplane.
Hawkeye: Whatever.
Audience: *Laughing*
Stylo: It's heading towards the tracks in front of us! *Applies the brakes*

The pilot did land on the tracks. Even though the wheels were on the other track, successivo to the one that Hawkeye, and Stylo were using for their train, one of the wings were still blocking their path.

Stylo: *Stops the train two inches away from the wing*

Inside the biplane, was Stargazer, and Black Tuesday.

Black Tuesday: Are te all right Stargazer?
Stargazer: *Gets out of the cockpit* Yes, but the domanda is, is the plane okay?
Stylo: *Gets out with Hawkeye to talk to the two ponies* ciao te two.
Stargazer: te mind your own business!
Hawkeye: Easy, we just wanted to see if te were okay.
Stylo: Don't act like Gordon, okay?
Audience: *Laughing*
Black Tuesday: Who's Gordon?
Hawkeye: te never heard of him? Good.
Stylo: He was somepony that worked on our railroad, but he killed himself a few years ago.
Hawkeye: te wouldn't want the displeasure of meeting him.
Audience: *Laughing*
Stargazer: I'm sorry te two, it's just this. *Hits the side of the plane* Fucking biplane!!
Stylo: If te ask me, it looks very nice.
Stargazer: I don't care, this is the 20th time this thing quit on me. No matter what I do, the engine just stops, like that.
Stylo: Mind if I take it off your hooves?
Stargazer: *Laughing* te must be out of your mind if te want to have a plane like this.
Audience: *Laughing*
Stylo: I don't know about you, but I think with my salary on this railroad, I might be able to do something with this plane to make it più reliable.
Black Tuesday: I think he's serious Star.
Stargazer: I know, I know.
Stylo: Tell te what, give me the address of where te have this plane, and I'll come over there after 7 tonight to buy the plane. How much do te want?
Stargazer: For this piece of crap, I'll make it a thousand. te really don't know what you're doing.
Stylo: Oh yes I do.
Stargazer: *Shakes his head as he pushes the plane off the tracks with Black Tuesday* Railroad ponies. They're not as smart as other ponies like us. That's why their business has been losing money since 1949.
Audience: *Laughing*

Hawkeye, and Stylo didn't hear what Stargazer detto as they got back into their train, and continued on to Denver.

Triq, I hope te approve of this, as well as the rest of this episode, coming soon. 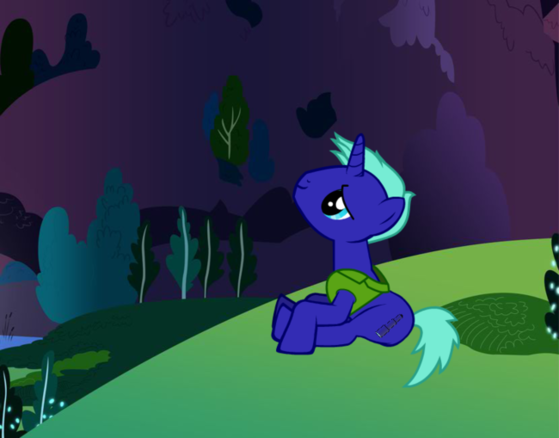 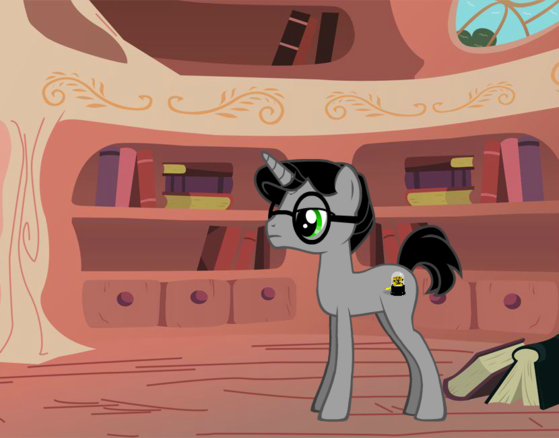 Black Tuesday
triq267 https://www.youtube.com/watch?v=CRJnnrjuDao I enjoyed this. I like how you handled the characters, and look forward to seeing what comes of it.
Seanthehedgehog Thank you, but the link you posted doesn't work. If you're trying to show me a video, it just took me to the homepage.
triq267 oh well. it was just the clip from Call of the Cutie of Scootaloo saying "I'm liking this idea!"
Seanthehedgehog Okay. Links to youtube only seem to work on this website, if you put them in articles, and if you're uploading videos, by copying, and pasting the link.