2
My REAL review on Inkoo Kang's "Review" on the POM Movie
posted by peacebaby7
Okay. I just read the articolo myself out of undying curiosity (click link to read it yourself), and I have to say . . . I'm laughing my tail feathers off. This is what I would say if I had the opportunity to talk to this guy.

Your "review"—if te can call it that—on the upcoming Penguins of Madagascar movie is laughable. This so-called review delves too much into your interpretation of everything about the movie that was wrong, give o take that one statement about almost enjoying that one chase scene. If te wanted to give a proper review, te should've first dato much più information on how the movie could've been improved and WHY the points te mentioned were wrong, rather than just stating WHAT was wrong. te want to talk big words and over-analyzing faults? Try this on, Ms. Inkoo Kang.

te have focused too much on the film's faults, giving only one side to your argument. To provide a solid and sound argument, one must point out why the other side to the argument is wrong. Allow me to demonstrate.

te claim the penguins are "unfunny, unmoving, and uninspired," but te never explained why te think so. I'll have te know many think the penguins are funny at least at times. Whether it's a one-liner ("We killed 'em and ate their livers.") o it's just an action (Come on, the penguins playing at the train controls in the third film was a little funny. Just a little.), there's at least one thing the penguins have done to make someone laugh. Even if they haven't for you, doesn't mean they're necessarily "unfunny." te just have a different sense of humor, I presume.

As far as "unmoving," I admit the penguins haven't had many "moving" moments in the "Madagascar" trilogy. However, as far as the trailers go, te have to admit, Skipper bringing the young hatchling (Private) into his brotherhood was just a little moving. Of course, I wouldn't know this until I watched the movie, especially since te didn't explain why te felt it was unmoving yourself.

"Uninspired"? Do te know not the meaning? Inspired; adjective: aroused, animated, o imbued with the spirit to do something, da o as if da Supernatural o divine influence (dictionary.reference.com). What makes te think the movie is uninspired? I'm thinking it might be inspired to, I don't know, make people laugh. There's probably some better message in the movie as well, since, from what I've seen from DreamWorks, there always is if te think hard enough. I have yet to figure out what it is myself, since I obviously haven't seen it, but I'm sure I can come up with something. My guess is that it'd be along the lines of brotherhood o something, but I don't know yet.

Speaking of, te say the film has a "distinct lack of purpose." Which Film do te think has a purpose? It would have been absolutely fantastic for te to have dato us some examples for why te believe the movie has no purpose (you have a right to uphold your opinion, but te have to support it if te want others to agree with you). Furthermore, what would've dato the movie purpose for you? Your thoughts on that would've been nice. te also mentioned that the movie "caters to an audience that doesn't exist" because of the references not many people would get. How would te know that? My best friend is a fan of a mostra I've never even heard of until he told me he liked it. How do te know no one will understand those references? While many people will not, it still brings a smile to the face of those who would get that reference. Additionally, the movie may still bring a smile to the face of the unknowing "eight-year-olds" because I would imagine it still has funny moments. Even if they don't get a reference, doesn't mean they won't find it funny (I've found references funny without fully understanding them. I know I'm not the only one). I realize I'm ignorant to if these references will be funny o not, but then again, not everyone has the same sense of humor as I.

te detto that there "isn't much to the film's story, yet it's stuffed to the gills with plot." If there's one thing I've noticed about DreamWork's films, it's that it's never just a story. The "Madagascar" trilogy relays the message that home isn't where te are, but who you're with. "Shrek" is a story about acceptance, correlating to the idea that everyone's different, and that's okay, and te have to accept yourself and others to truly be happy. "Kung Fu Panda" sends a message in that to accomplish anything, te have to first believe in yourself ("There is no secret ingredient"). It all starts with you. Even if this movie is an exception to this idea, it would be really awesome if te would've explained why te feel that way.

te mentioned that Dave's character is basically ruined because of his humor. Last time I checked, audiences Amore a villain with a little humorous side. A villain that's too dark wouldn't appeal to younger audiences anyway (ooh, that reminds me of your "point" made earlier. hm . . .).

First and foremost about your thoughts on North Wind, it's a SEAL, not an OTTER. If te don't know the facts before te propose an argument, then you've basically ruined any chance of gaining support because people will believe te have no idea what you're talking about. Second, what makes te think Eva's only purpose is to be sexy? How do te know they're not also relaying the idea that women can be intelligent as well? Not to mention that from what I've seen in the trailers, Kowalski is the only one falling for her. te could've at least explained why it seemed that way to you.

The following paragraph is merely just my opinion of your argument about Classified, and has nothing to do about how te presented it. I must say, I do partially agree with your argument about the pompous Agent Classified, but I think it's pretty awesome that Skipper has someone in his same covert classification to be compared to, causing a humorous clash between the duo. And I believe he wants a little più than just "taking the credit." How do te know he just doesn't want animali to be safe? How do te know he doesn't want some credit because he feels as though he needs the support from his team? Meaning, if he doesn't seem as though he made a success conceived with his help, he won't seem as important, and North Wind will see him as a failure? You'd be surprised what insecurity can drive someone to do. Of course, that is only my opinion, and I would not know until I watched the movie to make my own interpretation.

I have no problem if te like the movie o not. But if you're going to post a review for the whole world to see, DO IT RIGHT.

Now, did te see how I presented my counter-argument? I used examples from the trailers, and even other Film to present my case. I also mentioned your side of the argument to help mostra a contrast between my and your opinion, as to allow my readers to make up their own minds, rather than present one side and BOMBARD them with my opinion, presenting it as if it were solid fact. Your very vague descriptions of your opinions don't exactly tell anyone why they shouldn't watch it. All I see is, "Don't watch it because it's bad." If te would've just explained why it's bad, then te would've done just fine, and I wouldn't have detto a word.

5
Cinema ......
added by skipperahmad
Source: Me and paint 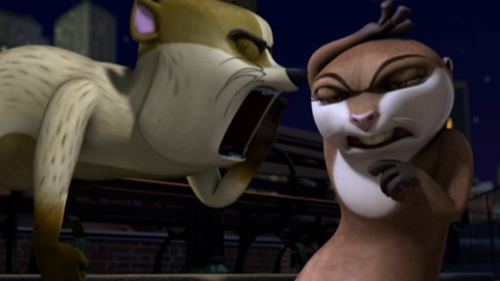 9
King Julien-What the Hell
added by SJ_waddles
Ok, I know it has h-e-double-hockey-stick, but still, I like this alot XD
video
I Pinguini di Madagascar
julien

3
pinguino Thriller
added by Skipperga1
heh heh....ok te dont know me that well and sorry that its so...halloweenie. its kinda far off...anyways i found this and thought it was cool
video
penguins
madagascar
I Pinguini di Madagascar
skipper
episode

7
Someone's watching you!:]
added by Sandrei

1
Penguins of Madagascar - Spot Ice 15' (Italian)
added by 27Kowalski
I've just found this short spot for the POM movie. It's in Italian but there a few new clips in it, so I decided to carica it. X3
video
I Pinguini di Madagascar
skipper
kowalski
rico
private
movie
italian
spot 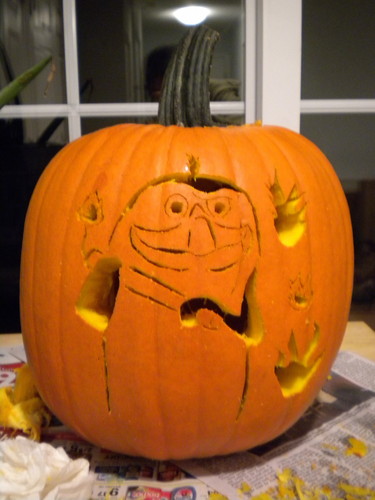 5
Madagascar 3 work in progress (part2)
added by B0XFISH
Source: me

7
Opportunity only knocks once...
added by NoShameHere 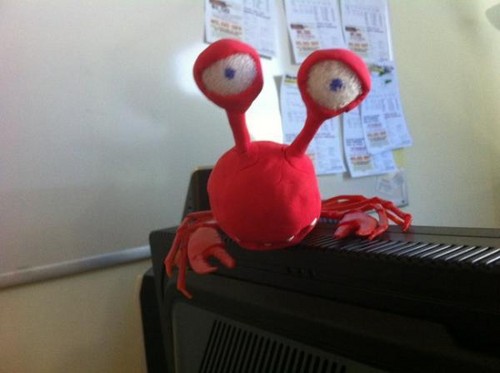