Appearance: She is tall, and has messy light blonde hair (not seen in picture), brown eyes, and sharp facial features.

Personality: She knows her tribes language and English. She is strong, clever, and a quick thinker.

Bio: She is part of a tribe known as, Genndo. A tribe of savage humans. She is the tribe leader's daughter and next to rule. They are a very small tribe. Only about 25 of them. They live on the Kingdom of the Sun. 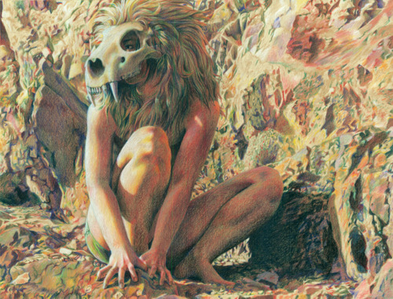 Personality: he smiles a lot, in difficult times he can be bad tempered, usually nice.

Bio: born in a small family of 3, he loved mythical stories about vampires and werewolves, he was the director of this road trip, he blame himself for the accident. 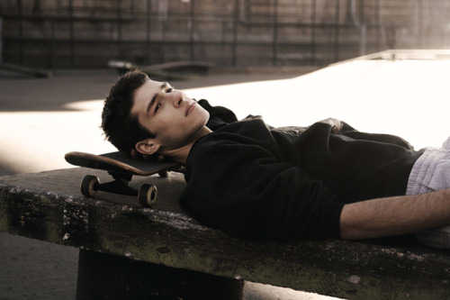 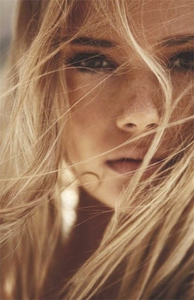 Personality: Valentine is rough and hot-headed. She likes to mess with people and is easily offended.

Bio: Valentine moved out of state for collage to escape her parents. The were overbearing, controlling, and never accepted her for who she really was. When she first heard of the trip she was really excited, and signed up right away. 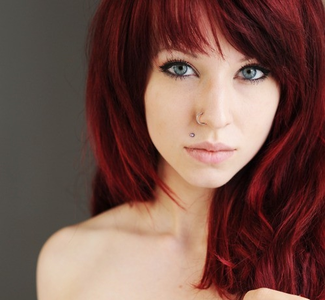 più di un anno fa Angel_Kiss said…
(cuuute.)
Jason woke up, his ears ringing, he was exhausted and dizzy, he looked around, nothing but plants, and bus was no where to be found. Where are they? He wandered around the forest, then found himself gazing at the biggest 'lake' he had ever seen.

più di un anno fa LetsDuel2012 said…
Name:Lucy
Age: 200 (physically 17)
Race: elf
Gender: female
Appearance: *pic*
Personality: isnt like the other elves, shes a bit rebellious but noce and brave
Powers: healing
Skills: sword fighting
Bio: shes always hid from the rest of the elves because she wanted to be different, she died her hair despite her parents orders and tried to run away but she failed
Other(optional):a great painter
~~~~~~
Name: Dakota Ryland
Age: 18
Race: human
Gender: female
Appearance: *snd pic*
Personality: tomboyish,pretty happy go lucky, but can get serious
Powers:none
Skills: drawing,singing,guitar playing,
Bio: wanted to get away from her family because they always compared her to her brother and never really liked anything she did so she reluctantly signed up
Other(optional): 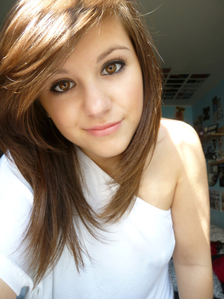 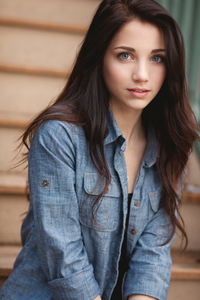 più di un anno fa -LionsMane- said…
Zorra crouched in the bushes, spear in hand. Her dark brown eyes were spotlighted by the sunlight that was casting through the eye holes of Zorra's lion skull mask. A deer was drinking peace fully at the lake, not knowing its imminent death. Suddenly, Zorra pounced out of the bushes. Her spear striking through the deer's neck. She collapsed on its quaking body. Soon, it laid still. Zorra sat up on the deer. Blood stained her hands, legs, and her short lion fur dress. She pulled the spear out of its neck, then her eyes darted over towards the students. She hadn't noticed them till now.

più di un anno fa Angel_Kiss said…
Jason washed his dusty face in the lake, he watched as a few more students wake up, they were amazed and scared at the same time, and some of them even wandered off into the forest, he really want to tell them to stop, no one knew what the place is and what's in it. He got up slowly, the pain in his leag pissed him off, until he saw a trail of blood behind him,"holy."

più di un anno fa -LionsMane- said…
Zorra grabbed the hind leg of the deer and pulled it till it was safely hid in the forest, she then stepped in herself. She slowly crept towards the students, the bushes hiding her. They weren't Gonndo, and not many humans could survive on the islands. Gonnodo were ruthless hunters and warriors, but it is still amazing how they managed to survive 2,000 years on these islands. Once Zorra got close to them she stopped and sat, observing.

Valentine sat up groaning, her rubbed her eyes and looked around. They were not where they were suppose to be. "Where the hell...?" She trailed off. 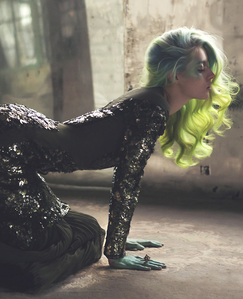 più di un anno fa Angel_Kiss said…
((gonna make a chara later.))
Jason turned his head at the bushes, got up and moved closer to it,"who's there?" he picked up a stick instead of a rock, he was afraid that he might hit a student, then heard Valentine," are you ok?" he looked at her, then dropped the stick,"I have a feeling that we are not in New Mexico anymore..." he stared at the weird plants.

Suddenly, Zorra jumped out of the bushes. She somersaulted and ended upright. She stood strong in front of Jason. Her spear pointed at his neck. "Who are you?" She asked coldly. Her voice was muffled by her mask, but you could still hear her weird accent.

più di un anno fa LetsDuel2012 said…
Dakota got up, she had a scratch on her cheek and her arm hurt "any idea on where we might be?"

più di un anno fa Angel_Kiss said…
He hopped backwards, crashing against the rock, his eyes staring at the spear,"er...I'm Jason..and you are not normal." he was mumbling quietly," the question I should ask you is where am I?" he meet her eyes,amazed but her dark brown eyes," have we went back to the stone age?"he looked around,"it was like something out of Jurassic park.

Gales head was badly bruised, he struggled to get up, every piece of muscle in his body was aching, and all his bones were probably broken.

Name:Gale Howard
Age: 18
Race: Human
Gender: Male
Appearance: pic
Personality: his quiet,especially with girl, he gets stuck, but he can be a badass as well as a smart one.
Powers: None.
Skills:mechanical engineering( building stuff for short.) fast swimmer(loves swimming), running.
Bio: he used to hang out with a bunch of drug deallers until he got caugh and was thrown into prison for a year, his parents thought the road trip was a brilliant idea for him to make friends. 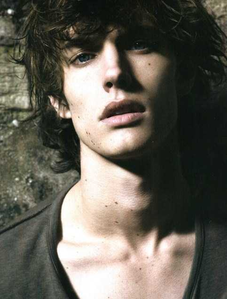 più di un anno fa -LionsMane- said…
Zorra lowered her spear. They were harmless. She reached up with her free hand and pulled off her mask. Her long, blonde hair fell past her shoulders. "This is the Kingdom of the Sun." She said. "Are you from the main land?"

più di un anno fa Angel_Kiss said…
(island of sun, hahaha.)
He nodded slowly, getting back up on his feet, then dusted his pants,"and you are?" he held out his hand for a shake, not knowing if its polite in her culture, or tribe.

She starred at his hand, then awkwardly shook it. She had been taught about humans from off the island, and their strange customs. "Zorra."She said. "Why are you here?

più di un anno fa Directingchicky said…
In the brush not far from them, a woman pulled an arrow from the leather strap at her thigh and knocked it, then aimed it towards them, narrowing her eyes so she could aim carefully. The one she knew was a human who lived here, the other she didn't know, and already didn't like. No outsiders is what her brother taught her.

più di un anno fa Angel_Kiss said…
"dunno, somehow." he shrugged, laughing quietly at her expression when he shook her hand."hopefully they are ok, I'd be haunted by their parents if they don't have their little 'honey,sweetheart and brats' back home in a week time." he chuckled, then gazed back at where the bus was.
Gale looked up at Jason and the weird dressed woman," where are we?" he asked Jason."this is not Chicago, or new Mexico..."he looked pissed
"sorry man, we are no where close to our destination, we are at the kindom of sun."Jason looked back at Zorra,with his eyebrow lifted.

più di un anno fa LetsDuel2012 said…
Lucy was exploring nearby the site, she learned a little about humans a while back but didn't wasn't to engage in conversation

più di un anno fa LetsDuel2012 said…
Dakota stood up "you sure you should go by yourself? We know nothing about this place"

più di un anno fa Angel_Kiss said…
"you can come, but don't blame me if you get bitten." Gale winked, and walked into the forest.

più di un anno fa -LionsMane- said…
"You are not wise to go into the forest. Specially as humans" Zorra said, but then just let them go. She turned back at Jason. "You can't survive here alone. I may bring some of my tribe over." She turned her head in thought at the end, the last sentence was more thinking-out-loud.

più di un anno fa Angel_Kiss said…
Jason nodded slowly, "I'll have to make sure they don't get hurt.."he coughed,"or die..." he looked miserable,"its all my fault, I shouldn't have start the whole road trip thing.." he groaned,staring at his feet.

più di un anno fa Angel_Kiss said…
Gale moved smoothly in the forest, trying not to make any sound, yet,looking back to check if Dakato was alright,"Do you think we will ever get back home?" then bent down and grabbed some weird looking sticks.

più di un anno fa LetsDuel2012 said…
Dakota picked up some sticks "maybe...there has to be a way"