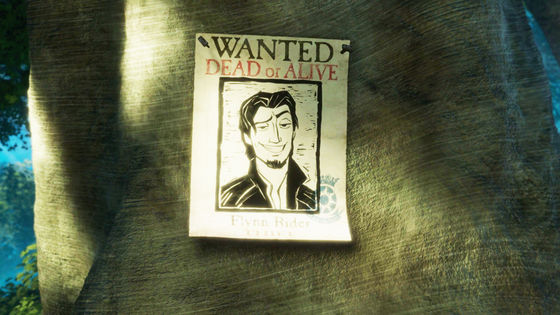 FLYNN:
This is the story of how I died.

Don't worry, this is actually a very fun story and the truth is, it isn't even mine.

Now, once upon a time, a single drop of sunlight fell from the heavens and from this small drop of sun, grew a magic, golden flower. It had the ability to heal the sick and injured.

Oh, te see that old woman over there? te might want to remember her. She's kind of important.

Well, centuries passed, and a hop skip and a barca ride away there grew a kingdom. The kingdom was ruled da a beloved king and queen. 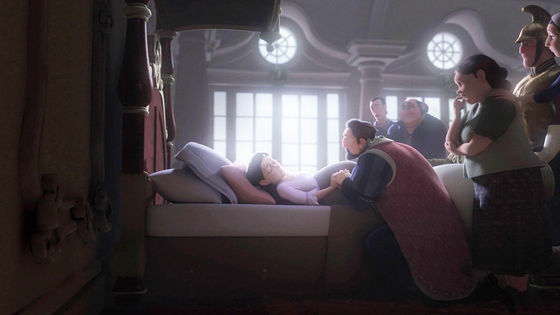 And the Queen, well, she was about to have a baby. She got sick. Really, sick.

She was running out of time, and that's when people usually start to look for a miracle. o in this case, a magic golden flower.

Ah, I told te she'd be important. te see, instead of sharing the sun's gift, this woman, Mothe Gothel, hoarded its healng power and used it to keep herself young for hundreds of years, and all she had to do was to sing a special song. 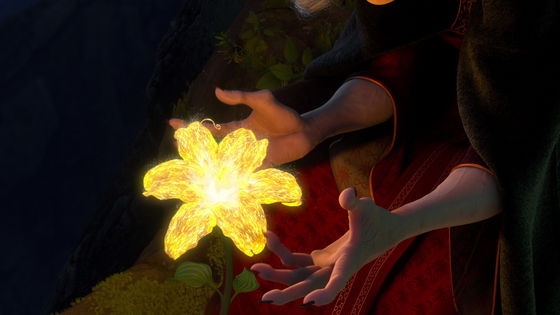 Mother Gothel sings to the flower

FLYNN:
All right, te get the gist. She sings to it, she turns young, creepy right?

FLYNN:
The magic of the golden fiore healed the queen. A healthy baby girl, a princess was born, with beautiful golden hair. I'll give te a hint: that's Rapunzel. 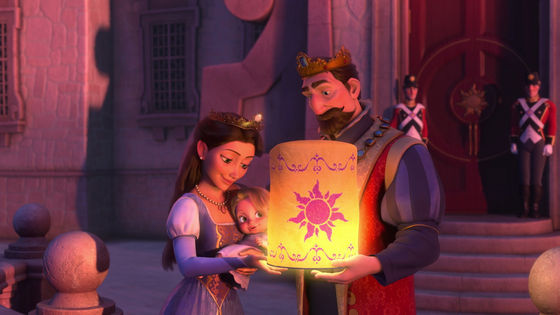 Flying lantern for the newborn princess

To celebrate her birth, the King and Queen launched a flying lantern into the sky. And for that one moment, everything was perfect. And then that moment ended. 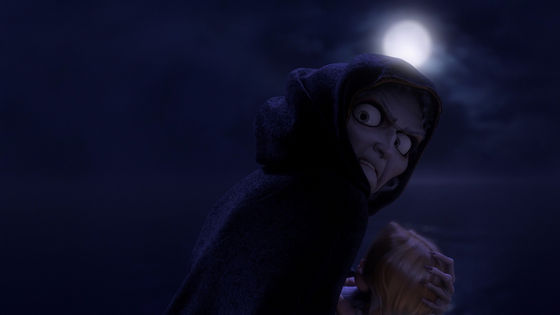 FLYNN:
Gothel broke into the castle, ha rubato, stola the child and just like that - gone.

The kingdom searched and searched, but they could not find the princess. For deep within the forest, in a hidden tower, Gothel raised the child as her own. 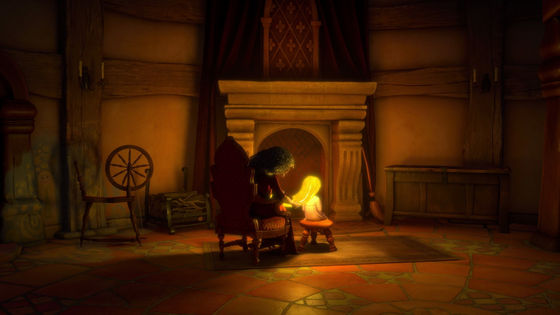 FLYNN:
Gothel had found her new magic flower, but this time she was determined to keep it hidden.

YOUNG RAPUNZEL:
Why can't I go outside?

MOTHER GOTHEL:
The outside world is a dangerous place, filled with horrible, selfish people. te must stay here, where you're safe. Do te understand, flower?

FLYNN:
But the walls of that tower could not hide everything. Each year, on her birthday, the King and Queen released thousands of lanterns into the sky, in hope that one day, their Lost princess would return. 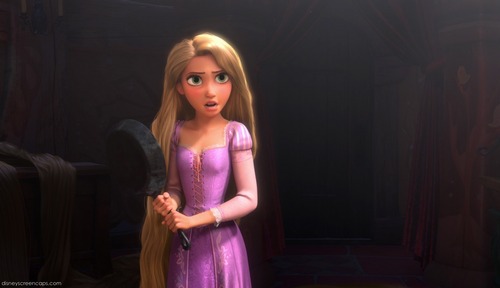 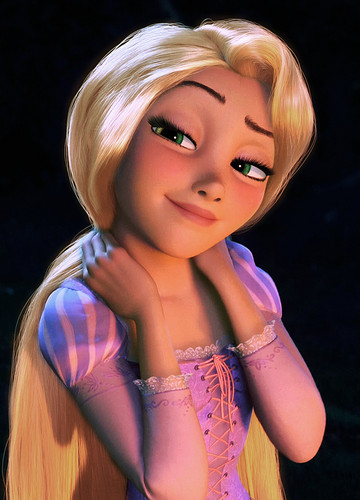 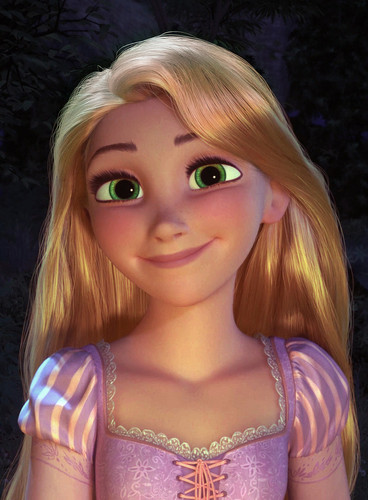 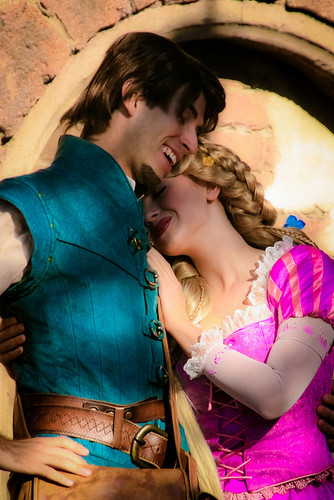 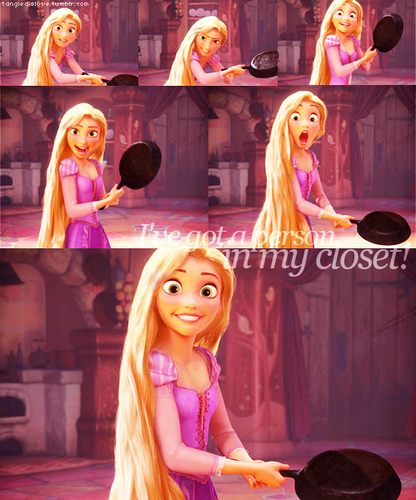 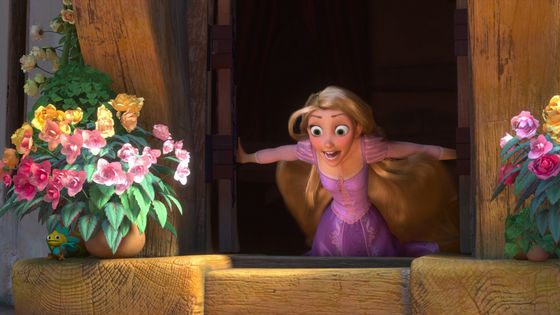 [Pascal hides behind the window]
RAPUNZEL:
Ha! Hmm, well, I guess Pascal's not hiding out here...

[Pascal sniggers. Rapunzel finds him]
RAPUNZEL:
Gotcha! That's twenty-two for me. How about twenty three out of forty five?

[Pascal frowns]
RAPUNZEL:
Okay, well, what do te wanna do?

[Pascal motions to go outside]
RAPUNZEL:
Yeah, I don't think so. I like it in here and so do you. [Pascal sticks out tongue] Oh, come on, Pascal, it's not so bad in there...

STABBINGTON:
Give us the cartella, satchel first.

FLYNN:
Uh? I just–I can’t believe that after all we’ve been through together, te don’t trust me? Ouch.

FLYNN:
Sorry, my hands are full. 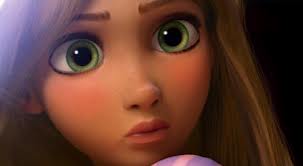 I am a sucker for this movie its one of my favourites of the decade as its got everything in it from romance to comedy to adventure.Here are the reasons why I Amore these two.


#1 There funnyI must say I Amore there humour because Eugene (who started off calling himself Flynn Rider)was a mischievous young man who really had a cuore of oro at the back of it and he had a great sense of humor.Rapuznel on the other hand was very feisty and doesn’t have a great sense of humour like Eugene yet she made me laugh with the frying pan.Funniest quote: Eugene: At lone at last Rapunzel(whacks him across...
continue reading... 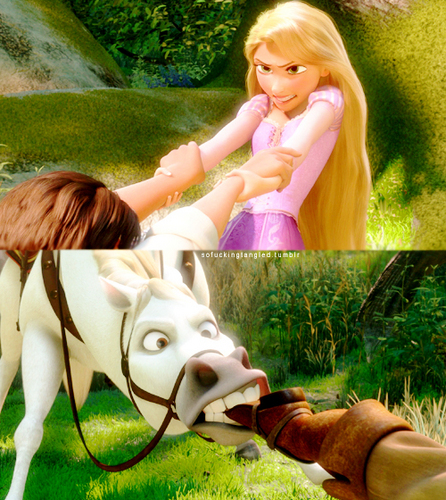 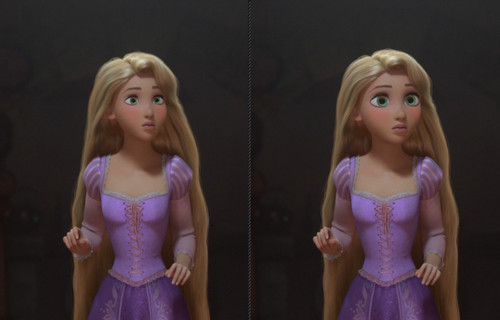 1
Rapunzel with normal eyes
added by Thirdian
2
Fanfiction: Eugene’s POV on his giorno with Rapunzel on the boat.
posted by LisaForde2

Hi guys this is my first fan fiction for my favourite computer animated film Rapunzel - L'intreccio della torre and to celebrate the release for it successivo week I decided to do a fan fiction story on Eugene’s giorno with Rapunzel on the boats while they sing the I see the light song. Enjoy

‘To the boats’ yelled a man as I was too busy staring into Rapunzel’s eyes. As we got on the barca I gave Maximus apples and I told him to eat them up as he well he doesn’t really trust me because im a thief and usually were suppose to be bad but me im not a bad thief im just a riff ratto who wants to be loved and have a family of...
continue reading... 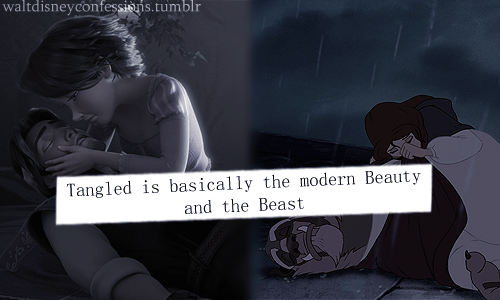 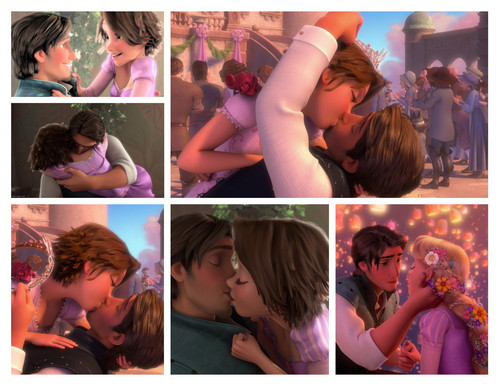