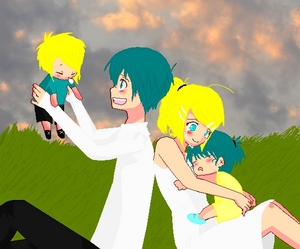 This is based from a day-dream I once had. Read the story while listening to 'Proof of Life' da Kagamine Rin. ([link] but this is Wotamin and Valshe singing)

P.S.: Somethings aren't real. The children, the pairings, and the story isn't real. I only made it.


Mikuo asked Rin to marry her. Rin hesitated at first, because she had Amore another one, a blue-haired man who's in Amore with someone else. Realizing that, Rin detto yes with happy tears. The giorno of their marriage was wonderful. Lots of happiness, tears, colors, laughter, love, and memories. After their honeymoon, they decided to have children. A anno after deciding that, their first child was born. A boy. They named him Ray. Suddenly, another child was born. They just realized that they have twins. The other is a girl they named Mile. Mikuo and Rin loved them so much.

Then one day, the blue-haired man and his lover was married too. But, they weren't blessed with a child. Seeing their friends, Mikuo and Rin, the lonely couple became jealous. Then the blue-haired man gave some latte for Mikuo and Rin's children for repaying them for the wedding gift. raggio, ray and Mile drank it till the last drop, smiling happily. The blue-haired man asked Rin if they may take Mile o Ray, even both. Of course, Mikuo furiously rejected. But, the blue-haired man and his lover already had an evil plan to threaten them to hand over their children. They plot to kill the children with poisoned latte (the ordinary latte that they gave before has some poisonous powder in it, and only the evil couple can cure it) if Mikuo and Rin won't give raggio, ray and Mile to them. If they gave them only one of their children, the other will be killed. If they don't give them both their children, both children will die. Rin cried a lot for she doesn't want to be apart from her children. Mikuo was thinking of a way out of this, but hasn't got a clue.

Finally, Mikuo and Rin, with heavy-heart, decided to give away raggio, ray and Mile. Rather then having raggio, ray and Mile killed, they have to sacrifice their happiness. Hugging their sleeping children for the last time, Mikuo and Rin put up a warm smile for their depart. But before they let go, each of them suddenly felt tears drop. Keep smiling even with tears is their last goodbye to their children...
Clariithalove1 likes this
TDrocksand6teen awww i like that pic
xXTokyoMewmewXx thats sooo sweet! but also sad
angelgirl00019 ikr 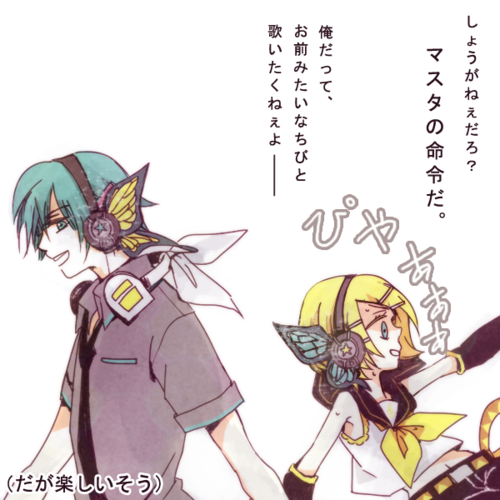 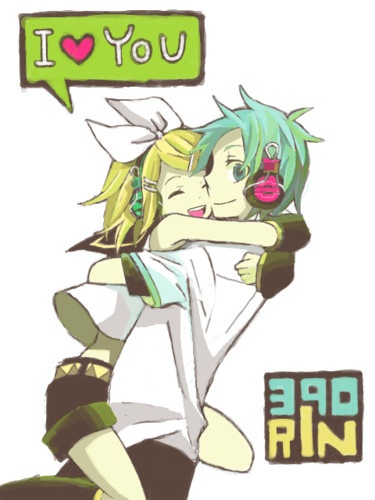 i Amore te
added by 1hate1 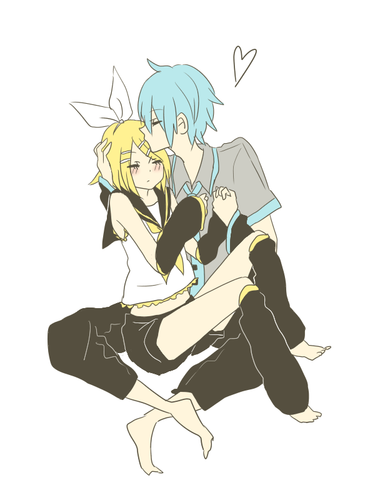 Miku Hatsune - World is Mine - in Game
added by youmeph2
Are te a fan of Miku Hatsune and Amore her stylist? Let's play this dress up game linkto dress up for her follow your own style! And visit linkto play più fun games!
video
miku hatsune
world is mine
dress up games
miku hatsune dress up
games for girls
More Cards
1234567891011