4
Let Me Sign [Lyrics]
posted by tooch
She was standing there da the broken tree
Her hands were all twisted she was pointing at me
I was damned da the light coming out of her eyes
She spoke with a voice that disrupted the sky
She detto walk on over into amaro shade,
I will avvolgere te in my arms and you'll know you've been saved'
Let me sign, let me sign, can't fight the devil so just let me sign.

I was out for a drink in a soho bar
The air was smoked out liked a cheap cigar
She rose out of her sede, sedile like a painted ghost
She was the woman that I wanted the most
As she reached for my arm I gave her my hand
I detto 'Lay me down easy let me understand'
Let me sign, let sign, can't fight the devil so just let me sign.

As I walked through the door she was still in my head
As I entered the room she was laid there in bed
She reached out for me all twisted in black
I was on my way down, never coming back
Let me sign, let me sign, can't fight the devil so just let me sign.
Let me sign, let me sign, can't fight the devil so just let me sign.
RobPattzLover7, rickyamy1991 and 2 others like this
mandapanda I love this song so freaking much. The lyrics are so powerful! I really want a studio version of this version of the song. :')
tooch Yeah me too. The only one you can get now, is the version from the Twilight movie. It only has parts of this in it and is different to these lyrics.
mandapanda Yeah I know. I love this "Live" version too. :) I really want an album from him. Lol one of the best artists because of how soulful he is. There's not too many artists that make me feel the way his music makes me feel. Lol as corny as that sounds :)
tooch Oh no, it's not corny at all. I agree with you 100%. I would [i]love[/i] for Rob to put all the songs on an album and release it. He is such a unique, yet beautiful voice. I know with me, whenever I hear his song come on on my iPod, I just stop and listen. I love hearing him sing. It's beautiful.
mandapanda haha I know right? I love his singing. I don't usually listen to that kind of music, but his is different. Lol I've played his music on my ipod so many times Lol
tooch Yeah me too! It's not a type of music that I really listen to. I only listen to Robert Pattinson and that's it for that type. Yes! I always listen to his songs on my iPod. They are so relaxing :)
mandapanda Haha me too! His cover of "I'll Be Your Lover Too" is amazing! You even get his little giggles in there. haha But I LOVED his interpretation of that song!! I want studio versions of all his songs. "Broken", "To Roam", and "Let Me Sign" (this version) especially. Lol but for now, we only have recordings :(
tooch Well, the ones I have are good quality but yes they are the recordings. Yes! I'll Be Your Lover Too is probably my favourite. Rob is amazing! If he wasn't an actor he would have been a great artist and made heaps and heaps of music. He can still do it now, of course, but still. He would be great in that field!
mandapanda Yeah. The ones I have that are good quality too, but I guess in a way, they're good to. They're acoustic and pure. They aren't polished or edited. But then again, I don't think anything Rob sings would be technically edited. As in, I can still feel "that" when I listen to him. That quality. Lol I'm probably not making sense. haha haha he's too humble to make an album and promote it haha but I honestly hope he does one day. We would all be blessed with his music. I'm just eagerly waiting that day!
tooch Oh, I totally understand what you mean. Everything that Rob sings is from the heart. You can tell. He puts so much passion and emotion into all his songs. But yeah, like you said. Rob isn't like that to go out and promote and go crazy and all that. I would love for him to just release something small and quiet :)
mandapanda haha I know man. Just throw us a little bone haha I was so disappointed when his music wasn't on the Eclipse soundtrack haha he said in an interview during Remember Me, that he was working on getting a song for his next project. Lol :( I was so sad haha Maybe for Breaking Dawn LOL
tooch Yeah I know! I wish he had put a song on there. But he deffs should make one for Breaking Dawn. Or even just use on that he as already sang before. I would just love to here his voice on there, again :)
mandapanda Yeah. He's said he'd written alot during Remember Me filming. I want them sooo bad! Lol i'm so impatient for these types of things. haha
tooch Really?! Nice! And yes of course, I would [i]love[/i] to have them too :D
2
Robert Pattinson's new haircut
posted by keninv 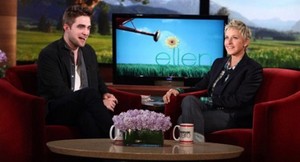 The wild hair that characterized Robert Pattinson and drove fan wild is gone.

The hairdresser really didn't hold back when it came time to cut. The result is a totally different look and a whole new image for Rob. We saw Rob's new look for the first time the other giorno on the Ellen Degeneres, show.

So why did he cut it? Not for himself and not for fashion, but because of the new film that he is filming called, Water for the Elephants, which comes out successivo year.

Not too worry if te are one of the fan that loves Rob's hair. It will be back just as soon as he begins to film Breaking Dawn.
2
Robert,Justin and Nick,not sexy enough?
posted by keninv
This could be a bit of controversial news for some Wambie girls. It turns out that the US Magazine Boston Phoenix has made a lista of the most unsexy guys around and Justin and Nick are on the list!

The Unsexy lista complies the names of 100 of the most unattractive celebs around. Number 100 on the list? Teen idol, Justin Bieber.

Robert Pattinson is also on the list, as number 74. Guess all those rummors about his bad hygiene have really hurt him.

And at position number 20? Poor Nick of the Jonas Brothers. Not only do they say he is unsexy but they also criticize his singing.

What do te think Wambie girls?Do Nick, Justin and Rob deserve to be on this list? Who would te put on the list?

7
What Robert thinks of the Details photoshoot? And his relationship with his dog
posted by Renesmee_XD
Okay I found this in my local newspaper this the articolo da them :
The 23-year-old Londra lad revealed his ‘allergy’ to a woman’s most private parts during a 12-hour foto shoot with a bevy of naked beauties for US magazine Details.


‘I wasn’t exactly prepared. I had no idea what to say to these girls. Thank God I was hungover,’ he squirmed.


R-Patz again shot down rumours that he is dating co-star Kristen Stewart, saying he loves only his pet.


‘The only emotional connection of relevance is with my dog. My relationship with my dog, it’s ridiculous,’ he admitted

It happened on Croisette, but it's an everyday scene for him. He was entering a nightclub on Cote d'Azur and the mass hysteria in front of it reached a peak 15 minuti ago. Pattinson didn't know what to do, smile o worry about the extent of his popularity after the stellar success of the secondo of the Twilight saga movies. What was it that obsessed the mostly teenage girls? The rebellious style of a 23 years old actor? His dangerous radiant masculinity,despite his relatively young age? His Angel face o the deadly combination of them all? Pattinson is aware...
continue reading...
7
Rob's Citazioni Part 7
posted by edwardcarlisle 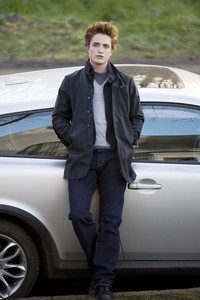 Absolutely gorgeous Edward Cullen
"Edward's described as this perfect man, with an impeccable face and body. Everything about him is just amazing. There's no way I could ever live up to that."

"When I was first cast everybody hated me, universally... That was my welcome to Twilight."

"There was a huge, universal backlash about my being cast as Edward Cullen. Seventy-five thousand Twilight fan signed a petition against me. But, I mean, I expected it."

"He's a vampire, he's a social pariah. He's not a role model. He's a parasite. That's the cool thing about it. I don't think a vampire has any responsibility to anybody."

"If Edward doesn't feel something one-hundret percent, he wouldn't bother trying to pretend to anyone that he does. I guess I'm similar to him in that respect." 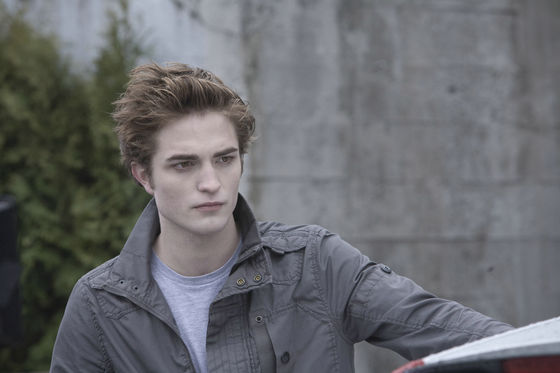 "I'm really afraid of getting hit da cars, like terrified of it. I'm terrified of crossing streets. I'm also very accident-prone...I think people aim for me."

"I went to do my first big movie when I was 17. I was in South Africa for three and half months, and I was da myself."

"I was just taking out my trash and I had, like, 300 cans of Diet Coke. It was just like, 'How did that happen?' I don't even remember buying them. I also like Cinnamon crostini, pane tostato Crunch. My addictions are pretty much the only things I consume."

"I spent a long time trying to figure...
continue reading... 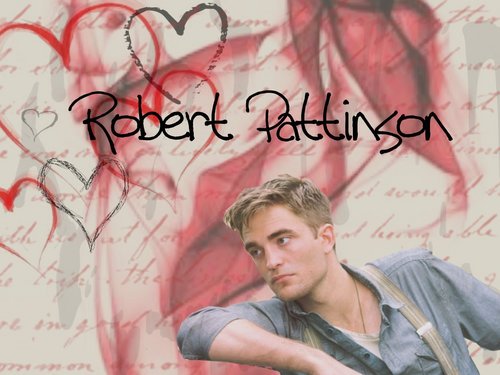 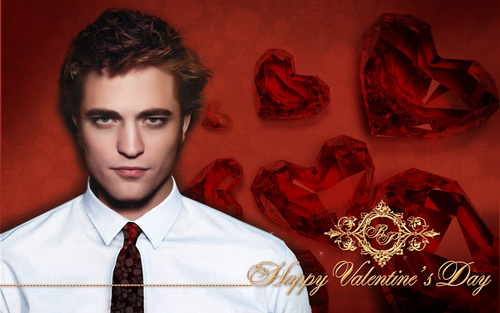 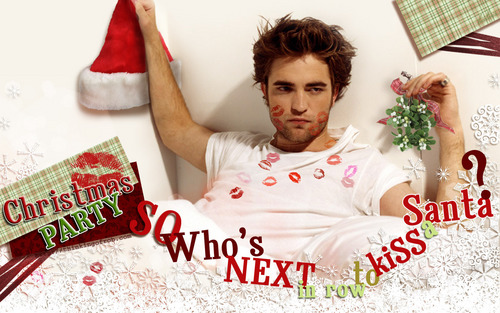 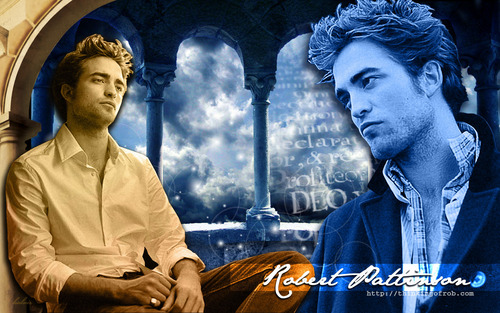 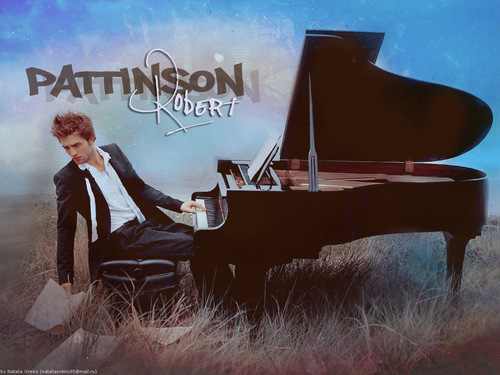 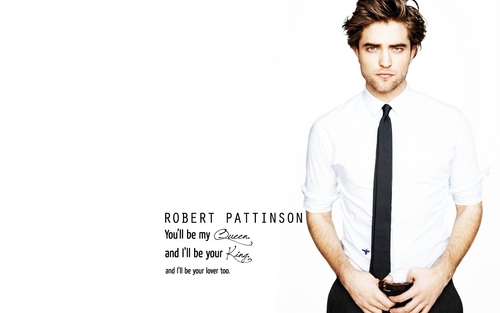 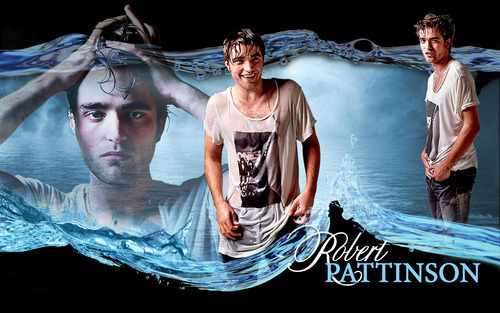 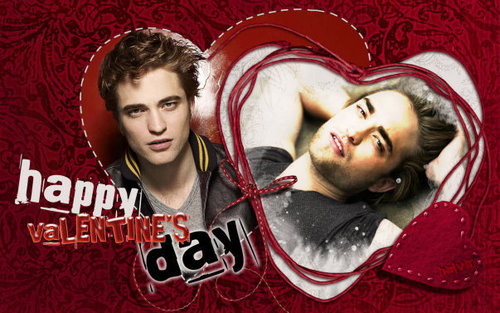 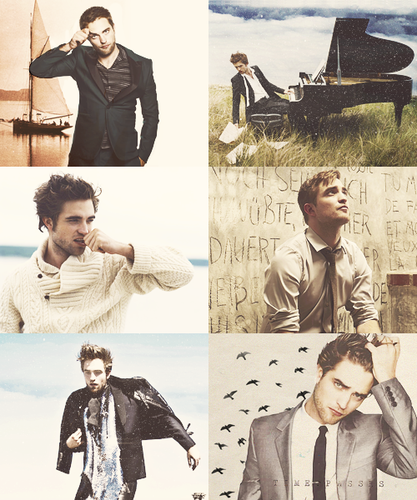 it's been an amazing journey <3
added by xRansomArtx
Source: xRansomArtx 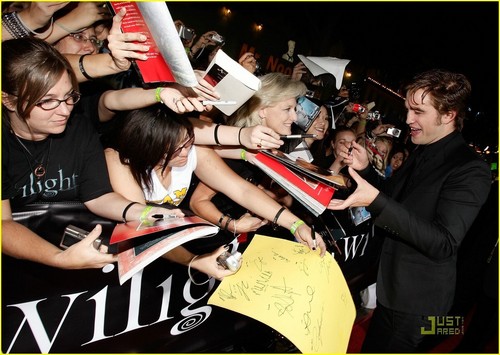 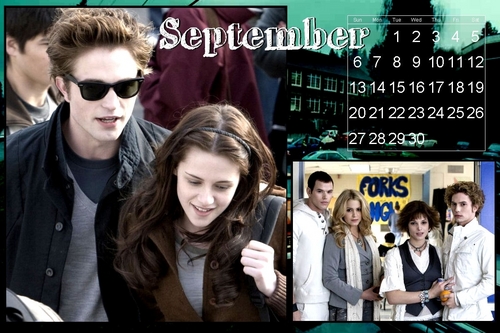 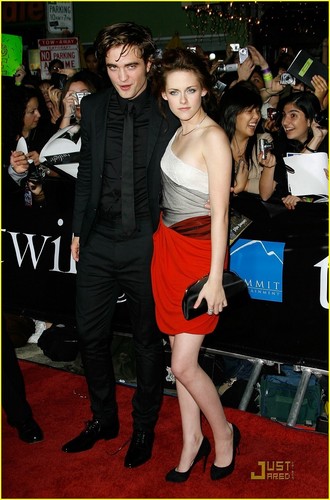