As last year, i'm doing a Bday project for our Lovely Robin Tunney.

It will basically be the same as last year.

te have to take a video of yourself. In it, te tell whatever te want to Robin and of course, wish her a Happy Birthday.

- It's a non verbal video. You're supposed to write to her, whatever te want; what do te think of her, what's your preferito movie.... being as creative as te want.
At some point, te have to write "Happy Birthday".

- The video have to be 15sec maximum (20 if te REALLY can't do otherwise)
so keep your message short, Robin has to be able to read it.

- OR, te can do a photo, dawing, fanArt... (1 to 3) pics depending what te want to say, number of persons on the pictures...) talk with me in that case, like that i can presicely tell te how many pics te can send.

Just don't be all doing only pics, i WANT video more. the final video need to be dynamic.

- If you're interested in being a part of this project, te MUST let ME (@totorsg) know on twitter, tumblr, Robin fan project site o send an email to robintunneyfansproject@gmail.com saying te want to be a part of it.


- Send the video, photos... to robintunneyfansproject@gmail.com with your name, country and twitter name if te have one. (If video is too heavy, te can carica it to a sharing site such as rapidshare o mediafire and send me the link).

- *OPTIONAL*: Send me a 2nd video o record of your voice saying "Happy Birthday" in english o your own language o both. Not sure i'll use it this anno but just in case.

I'm taking into consideration the suggestions to choose the Musica for the video.

Everyone can participate, even the shy one, some used thei dog last anno so.... of just filmed themslf from behind Scrivere the words.

hope you'll be as axcited and motivated as last anno :)

don't hesitate to message me if needed. (twitter, tumblr, the site...)

Robin is our Queen <3 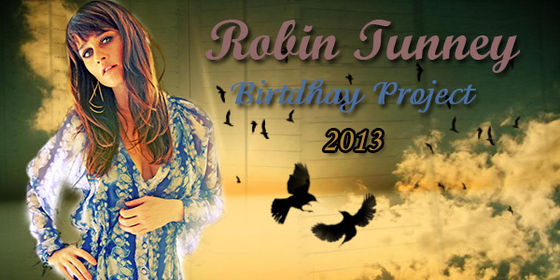