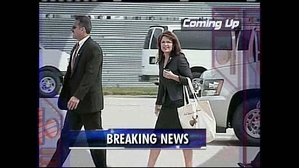 Sarah Palin's New Moose Tote Has Tongues Wagging
Sarah Palin's new tote bag - Real Women Hunt Moose - it was designed da a fan named Deborah Picou. It is definitely sparking a wide range of feelings - both positive and negative from every spectrum and political perspective. It always suprises me to see how much hate and bigotry there is out there for Palin. But as much as there is bigotry and stupidity from some - especially in the media and entertainment industry, there are also her millions of supporters who admire and respect her honesty, devotion to family, commitment, and traditional American values.

Here's the picture of it that is making the rounds on some of the blogs.
If people are interested in finding out più about the tote, they can email realwomenhuntmoose@live.com for information.
More Cards
1234567891011