Nessa
At fifteen hundred years fa the world was not as we know it, the land was divided into four regions, each governed da one of the four natural elements, they remained in perfect harmony and balance, because in each of these regions there was a sacred temple, there dwelt a huge dragon that had the power of the element of that region, and that used to protect all beings that existed there were these noble creatures that made peace endure.

All this wonderful world was ruled da only wise king, Sebastian Reins, but a cold winter night ultimately lead to better and the old king finally died, and so came to the trono his eldest son, Ulrich.

Our world was full of magical creatures living in harmony with humans, but Ulrich did not share the same harmony, letting himself be consumed da a hatred of these mythical creatures, growing from giorno to day, to the point that hatred come that an act of desperation ordered all non-human creatures and all who tried to protect were killed, and so one da one disappeared, many of the magical creatures that populated the land, though a minority have managed to save themselves, many died and with them also four dragons.

The harmony and peace that once there had been, it was fading with the years of the human mind, but those who believe in ancient prophecies say that each of the Draghi guarding very hard an egg of its kind in the depths of their temples, and four guards, each of the four regions, are destined to transport them to the legendary sacred altar to release their powers, and thus restore peace and harmony.

Sunrise began another day, its rays of light illuminated the small valley, the erba became greener as the sun rose higher in the sky, causing flickering small dew drops on fresh grass.

A river crossing from side to side, the water was clean and clear and ran quickly into their margins small yellow fiori blooming to feel the first rays of morning light and a young girl caught them sitting in the grass.
His hair was blond, long and curly, his eyes were blue and very pale skin was white and smooth, the lips and cheeks were rosy, was thin and had freckles on his face, wore a long blue dress to her feet, with long sleeves and a bit wide, a corset and a leather cintura with metal adornments which carried a leather bag.

She watched the stream, as if hoping that something happened, a small pesce jumped peppering her face, closed his eyes and sank back, his arms were stretched along the body and her hands were open letting her feel the fresh erba between her fingers, nothing was heard beyond the constant noise of the creek water.

But such silence did not last long because suddenly a scream, shrill and strident, echoed throughout the valley.

I stood up but I decided to stay seated, I turned and saw my sister Zoya looking at me impatiently and hands on her hips, her long black hair, were tied with a red ribbon and wore a dress very similar to mine, but grey.

I looked one last time for the crystalline stream and ran to meet my sister.

My name is Nessa Goldworthy and I'm fifteen, I was born and I lived in Tinuviel, Region of Water, my entire life, I live alone with my sister since I was six because our parents died in a landslide during a delivery in the mountains, which are in northern Tinuviel.

She looked at me for a while, until she spoke.

The house was small and made ??of stone, with two small windows with wooden shutters, the roof was made of straw but it was a good protection on rainy days, on one side of the house had a door to a small cave where we kept the wood for the winter.

Zoya gently grabbed my hand and pulled me inside, closing the door behind us.

I looked through one of the windows, there was no one around, I closed it and sat at the tavolo in front of my sister. She seemed to be thinking about what to say but would not take long to know it.

She returned to be quiet, seemed nervous, it was then that I began to feel that the matter was not as simple as I thought.

- Don't know if te know but today is a full moon night and the temple seems to be più powerful ... - He spoke calmly and always look me in the eyes.

- I already know what you're gonna say Zoya, and sorry but my answer is no!

She knew what she would say even without have said, since the "Great Liberation" when King Ulrich, ordered the capture and death of all magical beings and those who tried to help them That also prevented the entry in holy temples .

- Please I know this is dangerous but te have the ability to pass the guards and knowest all entries ...

Everything Zoya detto was true, before my parents die taught me to recognize the maps of the temple and I listened attentively to every word spoken without realizing that he would need that information.

The Sancho was a childhood friend of our father and helped us whenever there was trouble.

My sister got up, smiled and hugged me hard when I let go, it looked like I had been touched da sleep because those sleepless hours were mostrare their effect.

- What is it this? - Zoya asked worriedly.

- What about breakfast and lunch?

I approached the small letto in the corner of the house and lay down, Zoya had opened the windows to let light and fresh air in, curled myself into the blankets and let me sleep, but before being caught at deep sleep I could still feel my sister a baciare on the forehead and hear their melodious voice to say.

And so came the deep sleep involto a dense darkness and absolute silence.

It took a few minuti of searching and Zoya housekeeping to have everything needed in the suitcase, went to the door and looked back at her sister.

Leaving deep breath fresh air through her lungs, the erba shone with sunshine, Zoya expected back early because I hated to leave Nessa alone at home, began to walk the narrow path that led to the outside of the valley, its around a dense forest of firs and pines amounted covering a bit of sunshine.

The birds chirped perched in the branches of trees and from time to time there was heard the sound of a woodpecker knocking on a albero tronco trying to feed themselves, the road was deserted, a weak breeze began to blow, Zoya stopped, breeze that seemed to be trying to tell te something, then that was coming out of nowhere a little voice spoke to Zoya.

And as quickly as it appeared, also disappeared, leaving Zoya again surrounded da silence, retook the path as we walked I could see in the distance a small green hill, on superiore, in alto of two wooden crosses rested in the shade of an oak tree.

That collina brought to her mind the worst memory she had, seeing the graves of her parents reminded her of to don't night they were killed right there mercilessly.

- I remember as if it was yesterday, it was raining and thundering, the exact place where I was know, was the same place where I had attended everything that night, I remember seeing my mother and my father yelling at a group of people were being persecuted da the guard, and were approaching suddenly my mother screamed in pain, a man from nowhere pierced her with a sword, my father tried to help her but the man was too strong and eventually suffer the same fate ... - Those thoughts were painful and seemed to disappear - ... a lightning tore the sky illuminating moments for the killer's face, the man looked at me with his brown eyes full of anger and a sudden smile, the hand still holding the sword full of blood ... always told Nessa that our parents had died in a landslide in the mountains to don't make her suffer più ... - She shook her head trying to forget.

She had Lost so much time in thought o noticed he was already at the gates magnificent and beautiful capital city of the water region, Tinuviel.

The city seemed più agitated than usual, the wagons loaded with food, weapons and other various utensils circulated from one side to the other, in front of market stalls, groups of people were shouting and pushing themselves trying to reach the best products, beyond the sea of ​​people that was there, could not see anything except the upper floors of stone houses and their thatched roofs that formed the city, Zoya looked around trying to find a way to take her out of that market.

When looking più closely at the houses surrounding the market managed to find a small alley behind a bank of flowers, ran to him, it was damp and dirty, rats ran from one side to the other through the puddles of dirty water , started running the più she could to avoid getting wet.
FangirlWillRiot and stutimrinal like this
stutimrinal haey a nice story fella. 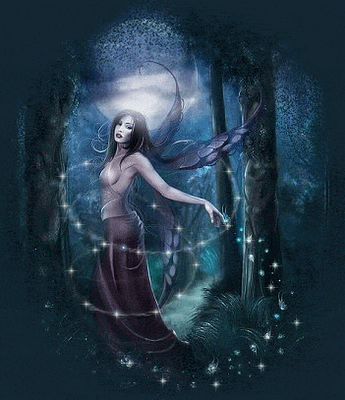