10
Tears of love: Chapter One - An Impossible Amore
posted by Andressa_Weld
Nikki’s POV
-------------
I was in my house alone, when the door campana, bell rang, it was Kristen she’s my bff, since we were in a movie together.
-Hi Kris!
-Hey!
Kris is really shy! She doesn’t speak too much, but she’s also really friendly, she’s always there for her friends!
I Amore talking to her! She’s a good listener!
-Why did te call me, dear? - She sat in my bed
-I wanna talk to you…
-Is about him again, right?
-Well…
-Nikki, forget this fucking boy!! – I have a crush on Kellan, and it isn’t healthy for me because I know he would never Amore me!
-Kristen te fell for Rob and I supported you!
-Because he fell for me too! And now we are dating!
-You can’t be mad at me because I fell for him…
-I’m not mad! But this isn’t healthy!
-I know…
-Nikki, te know he is dating Ashley… They’re in love… - she detto sadly
-Yeah! – I started to cry when the memory came to my mind…

“-Hey girls, guess what! I’m dating Kellan! Isn’t that awesome?
-Yes Ashley - I detto almost crying, I couldn’t believe in my ears, I knew she loves him, but I wasn’t sure about him… - It’s awesome”

I woke up, and Carlisle was in the room.
"Bella" he detto in relief.
"Where..where am I?" I stuttered. I looked and I couldn't reconginse the room.
"Bella.." Carlisle detto questionly. "you're in our house, in the lounge room.
I loked around and saw that I was. "Okay" I caught my reflection in a mirror. I had stitches down my face, and when I turned, I saw that there were long rows of più stitches down my back as well.
"Carlisle, what happened to me?" I asked, unable to make sense of the black lines of stiching.
He hesistated. "Well, when te were in the room, Edward-"
I cut hm off "Edward!...
continue reading...
1
Evening stella, stella, star (Eclipse in Edward's POV) Chapter 8
posted by patrisha727
Ok, here's the successivo chapter of Evening Star! ^_^


As usual, at night, I sticked da Bella's side, watching her sleep in peace. It made me smile when she detto my name over and over again. Sometimes she make full sentences saying, "I Amore you, Edward."
I kissed her forehead, and said, "I never get tired of te saying saying that, I will always Amore te too."
As if she could hear me, she smiled slightly and drifted into deeper sleep.
I rubbed her arm, letting her know that I will never leave her out of my sight again.

It was already the successivo day, and Bella and I were walking from Spanish class...
continue reading...
8
Sunrise Part 40
posted by Bella_Swan3
-Renesmee-

I was now the human equivalent of six months pregnant, and watching a small grey shape moving on a monitor. My child. My little baby.

My mom, Esme, and Jacob were here with me too. Aside from Carlisle, of course.

"There he is. Speaking of which, I presume te and Jacob would like to know the gender?" Carlisle asked. I didn't immediately answer. I was too mesmerized.

Esme sighed contentedly, almost as fascinated as I was.

Alice had...
continue reading...
10
Starstruck Chapter 3, (Renesmee's P.O.V) True Love,x
posted by thecullensftw_x
It was dark outside, and I was in my room, finishing off some homework. My C.D player was on loud as I worked, but that didn’t matter. I was the only one in. It was late, around 10; 45pm, but I wasn’t tired. Mum and Dad had gone up to Grandpa Carlisle and Grandma Esme’s house to talk with everyone about something important. They had suggested I stay home and study. It was a huge surprise when Jacob turned up.
“Whoa Jake, it’s you!”
“Oh my God, really?!” he laughed, and I found myself laughing too.
“What I mean is; why are te here at nearly eleven pm when my parents are out?...
continue reading...
13
Esme Cullen Story part 3
posted by Edward_Bella234
I hope te like this part. Dragging this part on and on is no fun. Vampirization will be the fun part to write!!! :P


When we entered the house, I went straight for my room. My leg was killing me.
“Esme,” my father called my name from the doorway. “Can I talk to te for a moment?”
“Of course father” I replied as I moved my way onto the sofa.
He came and sat across from me in the rocking chair never looking at my face.
“What’s wrong?”...
continue reading...
9
Sunrise Part 15
posted by Bella_Swan3
-Renesmee-

Renee almost touched me, then seemed to think better of it.

"Sit down," Renee whispered again, gesturing towards the porch swing. I sat, she sat.

Lovely. So THAT was what this woman believed.

"She died. I saw her. Dead. Almost eighteen years ago. She was a victim of hit and run," Renee said, sounding panicked, as if she were only trying to convince herself.

I decided to play along, it was convenient. For my family.

"I was born a few months before that. She didn't want te to know," I lied easily.

"And the rest of the Cullens?" Renee whispered,...
continue reading...
9
The story never ends, it’s a happily ever after - Part 16
posted by sasie_katje88
I'm feeling a little better, so here's another articolo :D

I just laid there against his chest when i thougth about something.
“Where were te when Franco got killed” i detto calm still with my head against his chest.
“Well I was at LaPush with Jake and the kids when Alice called me. She detto they were at Isle Esme because te had called her, but she couldn’t stay on the phone long. I was pretty angry so when I was almost at Isle Esme too I called her back to tell her that I was on my way.” He detto still with that angry tone in his voice.
“That was te on the phone” I said....
continue reading...
7
Emmett Story Part 12
posted by just_bella
The orso backed off my body and charged me again. I screamed in fear, and it stoped about 10 feet away from me when it backed up and did it again.

I realized the orso was toying with me, I wished that it would end this already. I was in so much pain, everything hurt and the forest around me was beginning to blur probably from blood loss.

The orso backed up again, hopefully to end my life when I hear another animal coming into the area.

There was a moment of complete silence, which only lasted for a minute. The following sound was something I won't forgett, it was the sound of the orso fighting....
continue reading...
13
Visions Chp. 6
posted by 2bearz
Sorry guys, school, and a bunch of othr pitiful excuses u dont wanna hear so here is the story!

I was sitting around with the Carlisle, Alice, Esme, Peter and carlotta, charlotte in the living room. They had all told me of the Volturi and what they do, and I told them all about me and my special abilities. Oh yea, Edward had rushed Bella back to her house the minuto he heard Peter and Charlotte's thoughts, knowing that they weren't like him and his family. Apparently he had taken her back to her house to her father, where no doubt Charlie had gone berserk.

" Carlisle? If te don't mind I think I should...
continue reading...
4
The Haunting Continues.
posted by DefineDelicate
in the mood to be random again. *sighs*

I wrote a articolo Last week on how Twilight found me, saying that the Cover did in fact haunt me.
but since i finally cave in and read. i realize that the Haunting is not over.

I'm Obsessed it's true, but this is turning scaryyyyy

I'm a Disney fan okay, majorly and well..i was watching "101 Dalma.." te know, anyways, i was watching it to get my mind off of Twilight for once...
and something just jumped up in my face i thought i would share.


one of the Charaters is named Jasper.
the "Call" that the Cani do at night to send a message, is called
TWILIGHT Bark.

yeah...am i going insane? i think so..only i put in "21" with Jim surgess okay..and at the end of the movie he did something completely crazy he detto a line from the Book.


I decided to turn off the TV and go to bed..sad thing is, the only thing i dream about is Edward. 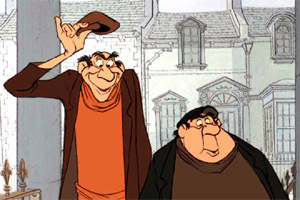 11
Goodbye
posted by Bella_Cullen
Charlie’s POV
As I stood watching my little girl, I felt overwhelmingly angry. I knew it was unfounded,
Bella loved Edward più then I’d ever seen anyone Amore anyone, and it was obvious from the way he looked at her now that he loved her back, possibly even more. No, I was angry because I didn’t want to see her hurt and, and… oh who was I kidding. I was going to miss my little girl. I’d always loved her, it broke my cuore when her mother took her away, but I had to stay and take care of my parents, and da the time they passed away, it was too late. And then...
continue reading... 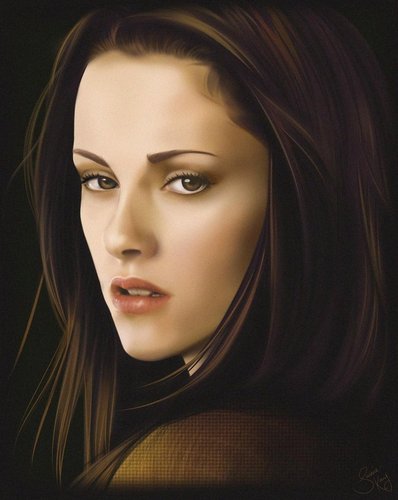 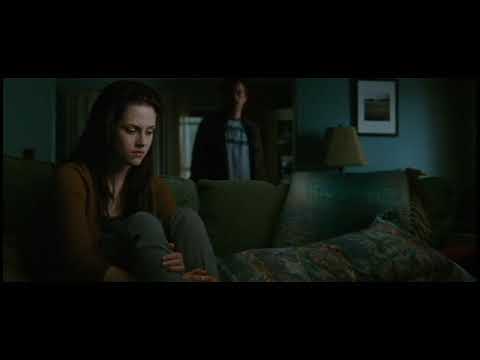 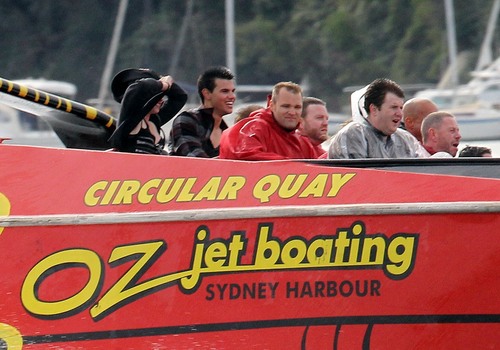 1
Kristen and Taylor in Sydney
added by ania2612
Source: kstewartfans 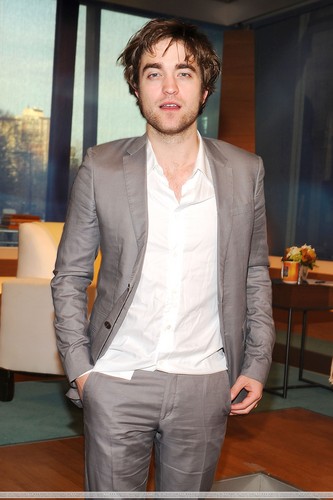 HQ Pictures of Rob on The Early mostra
added by sunrise_90 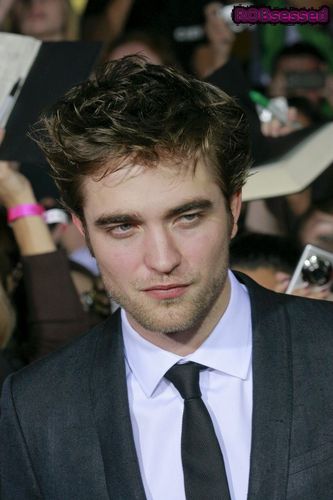 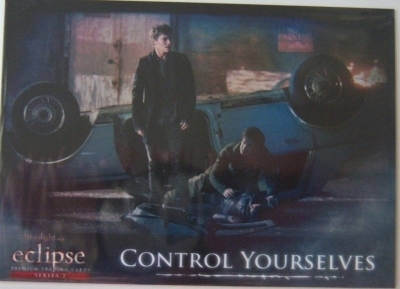 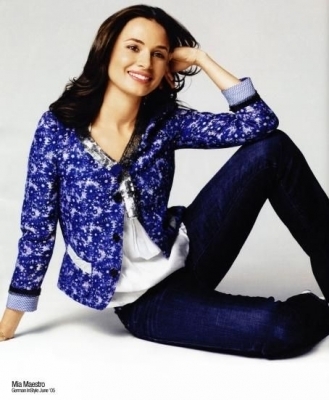 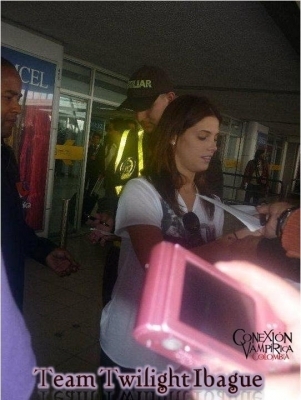