Waverly Sanatorium Part 1
posted by XxKFforeverXx
"Anyone get this odd feeling that were being watched?" Korran slowly followed the group around Waverly Sanatorium. Fang and Terror were in the front followed da Korran, Delta, Aisling, and Infinity. Eclipse and Silverwings were looking around "Ghost hunting" Lyla, Dom, and Gunfire were following slowly, but surely.
"Well this place is one the most haunted places in the world. So your probably being watched, right. this. very. second." Fang said, not turning around. Terror let out a small chuckle and Korran squealed,
"Don't say that! I don't like Ghost!" Delta screamed and turned around to Lyla, Dom, and Gunfire.
"Who the heck just pulled my hair?" Delta glared as the three looked at each other then back at Delta innocently.
"Well?"
"Delta," Dom spoke up. "We haven't touched you.." Delta rolled her eyes,
"Whatever." and turned back around.
"Is anyone else seeing this?" Eclipse pointed to a figure crawling on the ceiling with its head turned around 180 degrees. Korran screamed and the figured disappeared and a human figure took its place, below on the floor.
"Leave. Now." The creature whispered and disappeared. 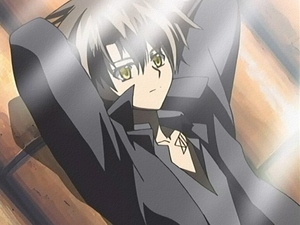 "So you're saying Gordon Tin was dead when te got to his apartment?"
"Actually, he was alive. They were talking when I came in."
"They were talking?"
"It sounded più like arguing. Gordon was yelling when the assassin shot him."
"How did te get in the apartment? Did te have a key? Pick the lock?"
Batgirl stepped in successivo to Robin. "What were they arguing about? Did te hear anything about the Key? The Weapon? Was there any mention of-"
Nightwing cleared his throat. "Why don't we give Mr. Howard a little break. Let him rest."
"Nightwing," Robin contradicted, "he's a witness...
continue reading...
Card Throwing Chapter 2
posted by Skittles98
I woke up in a small room, a large cabinet holding an assortment of hair products, from brushes and combs to ribbons and clips. I was in a long red dress and my hair felt heavy, which was a shock.
“Rypunzel, Rypunzel, let down your hair” someone called
“YO GAMBETTE! LOOK OUT YOUR WINDOW!” a different voice yelled. I looked out my window to see Aqualad and Kid Flash standing there.
“Hey boys! te know what’s up with this craziness?” I asked
“Nope! All I know is that we’re in a fairy tale and Rob, Fang and the girls are gone” Kid Flash replied
“So, we’re here to rescue you”...
continue reading...
Annabelle Info
posted by Lollipop97
Full Name: Annabelle Hawthorne

Identity: She tries her best to keep it secret to everyone but her family.

Personality: Annabelle is a...
continue reading...
Gambette Chapter 12
posted by Skittles98
Gambit entered as if on queue. I glared at him.
“Kurt, get us out of here” Wanda detto frantically
“I can’t take te all” he said
“You take one half, I’ll take the other” Kitty said
“Wunderbar” he nodded
‘Half of you, hold on to me, the other grab onto Shadow Kat’ Kurt thought through Jean’s mental link.
‘Got it’ Wolverine nodded
‘Laurna put up a wall. Iceman, te reinforce it’ Wanda ordered. The metal floor formed into a barrier and Iceman shot a tall bacheca of ice to prevent Magneto from morphing it. Everyone diviso, spalato up and went to one the people. I grabbed Kurt’s...
continue reading...
1
Future Struggle (Part 7) {LAST PART}
posted by GlitterPuff
January 3, 2108

"Mom? Mom?" An explosion came from the sewers, dust and debris shooting up the manhole. Julie gasped. "Oh no..." Gas mask. I need a gas mask. She ran into a house and started looking around. "Shit shit shit, I need a gas mask!" Julie opened closets and drawers; but couldn't find anything. Then she cracked open a chest and found everything te would need for a bomb, so of course there were gas masks. She quickly put one on, grabbed a flashlight, and ran back out, almost tripping a few times. The girl jumped into the hole and turned on the light. She walked as quickly as she could...
continue reading... 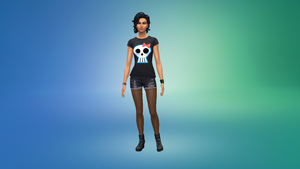 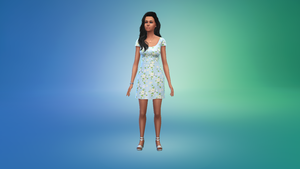 Devin
added by Robin_Love
Source: Me 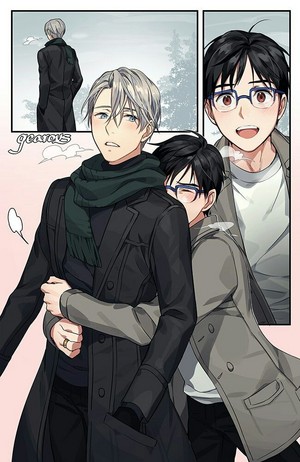 Ciel and Jaime
added by XxKFforeverXx 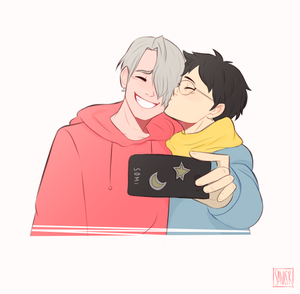 1
Ciel and Jaime
added by XxKFforeverXx 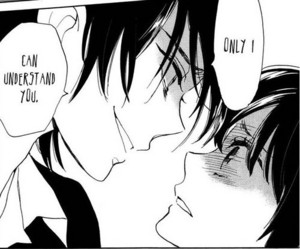 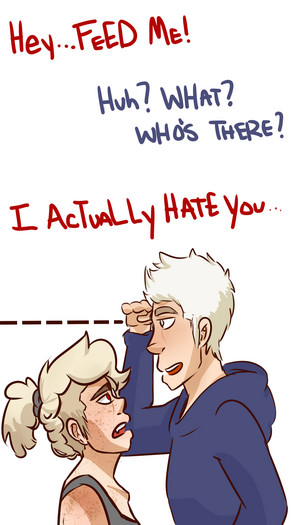 Decade.
added by DiscordYJ
Source: me 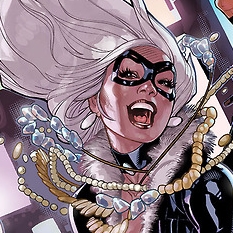 Jewels
added by MafiaYJ
Source: NOT ME 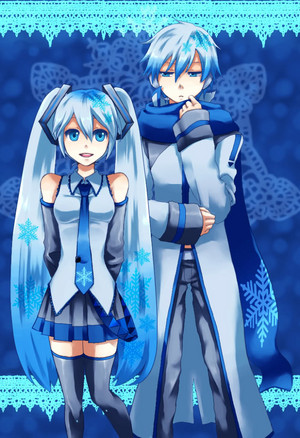 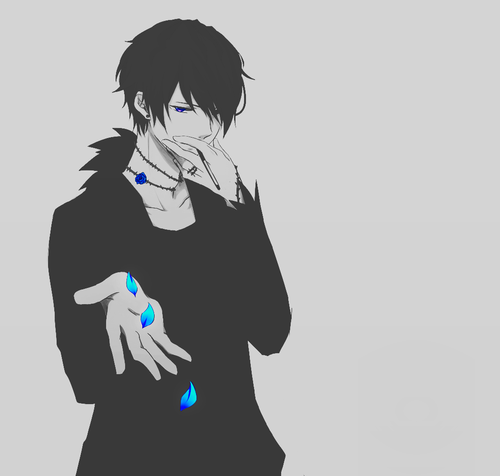 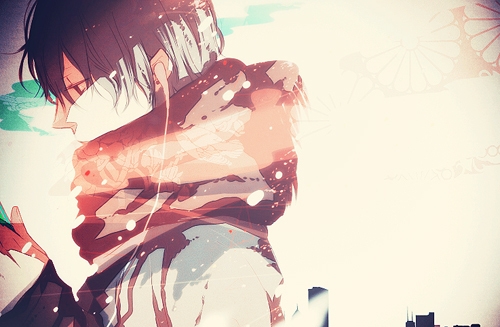 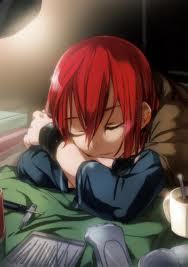 She awoke from her sleep hearing a scream from a room. Quickly, the red head jumped out of letto and went into the living room, seeing Amara curled up in a ball on the couch. Rene walked over to her, sat down, and pet her head.
“Amara sweetie, what’s wrong,” she said, her voice sounding half asleep. The black haired girl answered quietly.
“Daddy… he was gonna…” her voice trailed off, not finishing her sentence; but Rene knew what she was going to say.
“He wouldn’t jump off honey,” the red head detto with kindness...
continue reading...
3
Couldnt sleep.
posted by BloodyMascara_ 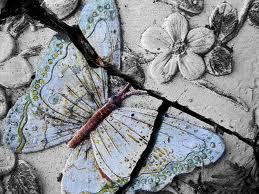 The Broken Butterfly
Dark. Sick. Twsted. Name it whatever. I just had it on my mind.

Let’s go to sleep; Close our eyes,
And dream of broken butterflies
That tore their wings against a thorn.
We know the pain that theyve indured. 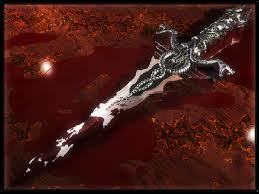 Dream of blood tickling down,
And wake up just before we drown.

The moonlight’s shining off our tears,
As we bleed out our own worst fears. 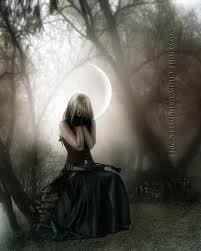 Moolight Shines Off Our Tears.....As We Bleed Out Our Worst Fears.....

So tonight we start to cry,
And sing...
continue reading...
Last Hero Standing Part 3
posted by InfinityYJ
A/N: I AM SO SORRY! I've just been lazy. Sorry if this chapter sucks, I didn't really feel like Scrivere the fight scene, which could be a problem because this whole freakin' fiction is a giant battle. *bangs head on desk* ARGH! Well, tell me what te think.

”Because now te get to die again.”
Fin growled furiously as Blade charged her again with her combat knife. This battle wasn’t getting any better, considering it’d been an ora and no one had made any progress. They’d started with hand-to-hand, Fin dodging her every move. She’d been forced into a defensive, considering how it was...
continue reading...
The Assassination Challenge
posted by SilverWings13
First off, this has absolutely nothing to do with murdering people. That's just what it's called.

The assassination challenge came from a game kids play in school (usually high-school) that is complicated to explain, so I won't try. But, I will explain this version- the "writer's version".

One person starts off as the "assassin". That person chooses a picture and 2-5 OCs. Then she chooses another person to "assassinate"- meaning they send the pic and chosen OCs for their target to write a one-shot on. When the target finishes, they post the one-shot and become the assassin da choosing a pic,...
continue reading...
More Cards
1234567891011