Revenge of the Soviets Chapter 3
posted by 66Dragons
Chapter Three-

Huntress held the girl back from rushing into the building.

“He’s fine!” Huntress said, standing up and brushing herself off.

Revenge walked out of the fuoco and Courage could tell he was extremely ticked off.

“Someone knew we were coming.” Revenge said, helping Courage up. “The bomb had a dagger painted on it.”

“So? Ive seen lots of bombs with daggers painted on them.”

“Did any of them say ‘Mest’?” Revenge asked.

“Revenge in...” Revenge trailed off. “Russian.”

“Down!” Revenge yelled, tackling the girls again as bullets sprayed the alley.

“This is annoying.” Huntress said, pulling something out of her utility cintura and tossing it down the alley. A smoke nube, nuvola erupted and Huntress shrugged at the two teens and leaped up the building.

“Does she always do that?” Courage asked.

“Yeah.” Revenge detto gesturing at the ladder. “After you?”

Courage grabbed the rails and began climbing up.

When the two reached the roof, Huntress was waiting, crouched on the railing looking down into the street.

“Showoff.” Courage spat, getting the idea the girl was merely mostrare off for her boyfriend.

“Shh!” Huntress said, gesturing at the soldiers. “They have a sickle and a stella, star stitched on their uniforms.

“Damn,” Revenge said, looking through his binoculars. “Looks like our friend Stalin is back in business.”

“Stalin, Stalin...” Huntress muttered. “Where have I heard that before?”

“Soviet dictator, came back from the dead?”

“Must have missed the part about the coming back from the dead.” Huntress said.

Suddenly, the door busted down and soldiers rushed onto the roof.

“We are screwed.” Revenge said.

“In the blink of an eye, she had grabbed Revenge’s waist in one arm and Courage’s in the other, then leaped off the building.

“We are gonna die.” Courage detto as they plummeted toward the street.

“Oh ye of little faith.” Huntress said, but did nothing to stop their descent.

“What now?” Robin asked, watching as the Injustice League left with nothing.

“And why are they leaving with nothing?” Aqualad asked.

The four remaining members of the Team waited for a minuto before they noticed that Robin was gone.

“As Wally would say, I hate it when he does that.” Megan said.

“I cant believe te are quoting Wally.” Robin said, dropping down beside the martian. “The Injustice League left in a black SUV, most unlike them.”

“Of course, AL.” Robin said, waving a screen in front of the Team which showed a moving dot. “We going o what?”

Huntress tossed Revenge and Courage onto a lightpost, sliding down the post itself.

After securing a grapple line to the superiore, in alto of the lightpole, Revenge grappled down to the strada, via where Huntress was waiting.

“What were te thinking?!” she exclaimed. “You nearly got us all killed!”

“Hey,” Revenge said, stepping inbetween the two. “She knows what she is doing.”

“Hey, Ive been doing this a lot longer than you, kid.” Huntress said.

“What? ‘I’ve been doing this longer than you’?” Huntress asked.

“No, adding kid to the end of the sentence.”

“What’s so special about that?”

“Hey!” Courage said, interrupting the two. “Let’s concentrate on kicking butt now. And not our own.”

Huntress shrugged her shoulders and turned to Revenge.

“Well those were Soviet soldiers. They fired on us in public. Luckily there wasn’t a crowd about, o we’d have a lot of explaining to do.”

“So where do we look?” Courage asked.

“Well I already destroyed their base in America, but they may have another one.” Revenge replied.

“I know where to find those guys! Follow me!”

Huntress leapt up the building and was standing on the roof da the time Revenge and Courage had their grappling pistole out.

“Just like old times?” Revenge asked as he helped Courage onto the roof.

And with that she was leaping away from building to building.

Courage, who was unused to leaping from building to building, had a hard time keeping up. She eventually managed to get the hang of it and was soon leaping beside Revenge.

“So, what’s your history with Huntress?” Courage asked.

“We used to be enemies.” Revenge said. “She liked to play this game where she would tell me where she was going to rob and I would try to stop her. Most of the time I did.”

“So she is an ex-criminal?” Courage asked.

“Yeah.” Revenge said. “She thought she needed to live up to her mother’s name. I managed to convince her to forge her own destiny with some surprising help from Ven-”

Revenge cut short and Courage gave him an inquiring look.

“Anyway,” Revenge continued. “She moved to Manhattan and has started her own career against crime. I’m surprised she didn’t change her outfit.”

Courage would have detto something else if Revenge hadn’t stopped short, looking over the edge of the building with Huntress.

“There is your secret base.” Huntress said.

“Not so secret.” Courage said, walking up beside Revenge.

Troops walked in and out of a plain gray warehouse. They all wore the same uniforms. Revenge pulled out his binoculars and checked.

“Same symbols on the uniform.” he said.

Huntress let out a low whistle. “That’s an awful lot of soldiers.”

“And that’s not all.” Courage interrupted. “Tanks and jeeps with some heavy equipment.”

Revenge checked through his binoculars and let out a low whistle. “Latest edition.” he said. “This is like Russia all over again.”

“This time, don’t get yourself blown up.” Courage said.

The three teens felt cold metal pressed against their heads.

“You won’t get the chance.” a voice said.

A voice with a heavy russian accent.
KatRox1 what?? i MUST know what happens next!! 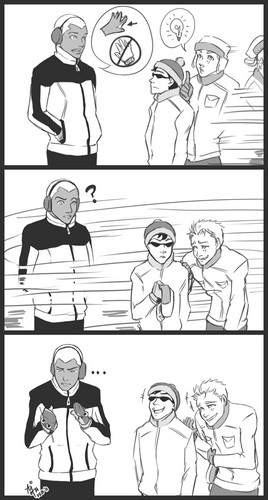 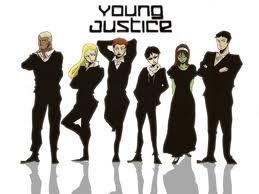 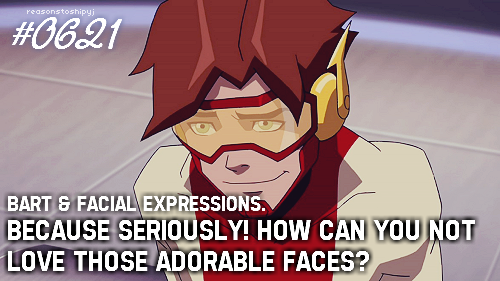 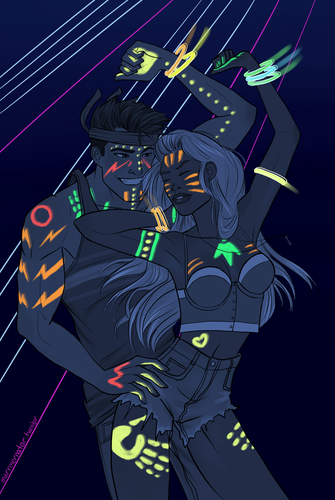 1
Wally and Artemis do an African dance
added by SamNightingale 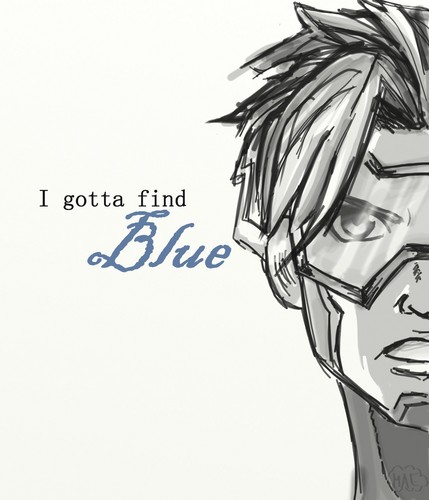 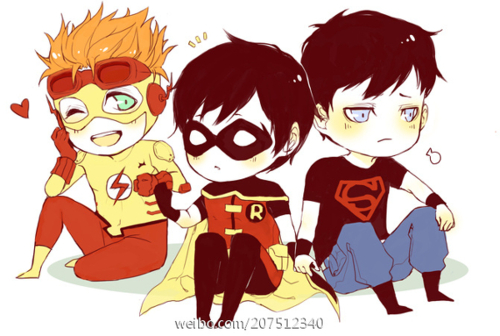 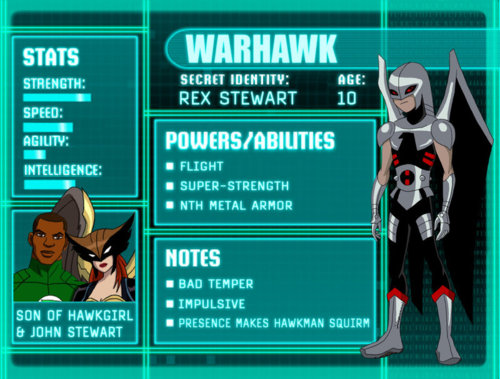 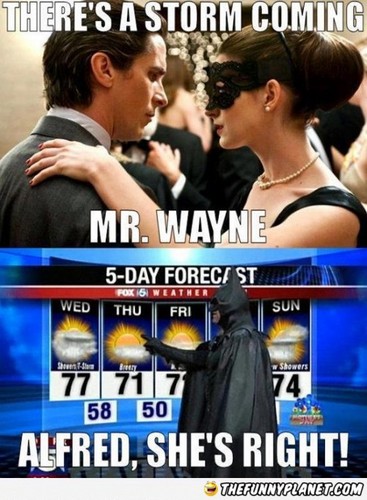 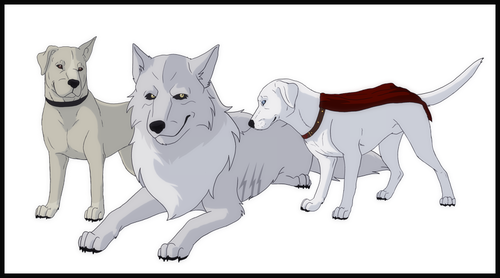 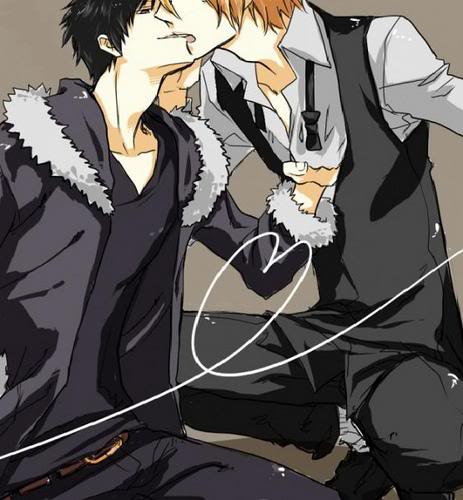 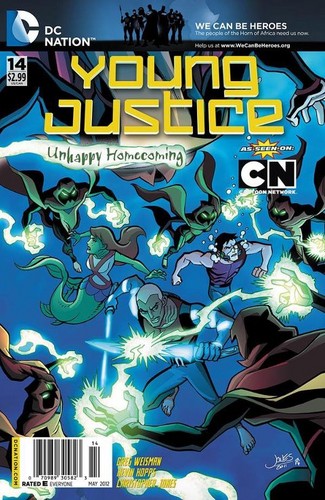 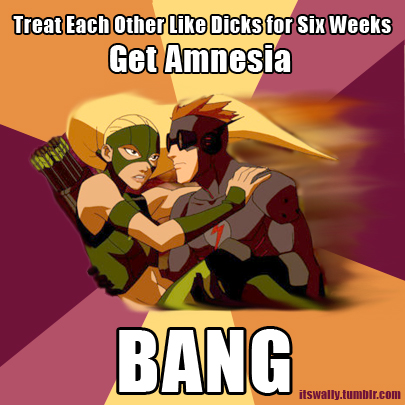 1
Waltermis Humor!!!
added by Robin_Love
2
Don't Fly Away Part 5
posted by Robin_Love
“He's here?!”
“Who's here Dick?” Raven asked, coming to stand da the boy's side.
“Wally.”
Raven tensed at the name and Robin...er, NightWing could feel anger rippling off her body.
“What are te going to do?” he whispered.
They looked at each other and NightWing (who I'm just going to call Dick from here on out) read the cold brutality in her eyes.
“Kill him.”
Raven moved towards the door s Dick's eyes widened.
“What?!” he hissed, grabbing her wrist.
Raven turned to face him, ignoring the knock that sounded at the door.
“You heard me Dick. There is no way that I'm letting that...
continue reading...
More Cards
123456789101112