1
fun facts about zak bagans
posted by hotgirlkjn99
Zachary Alexander “Zak” Bagans (born on April 5, 1977, in Washington, D.C.) is the lead investigator and host of the series. Formerly working as a wedding DJ, he is also an executive producer and editor of the show. Bagans is the founder of the Ghost Adventures Crew (GAC), a worldwide community of paranormal investigators. Its membership consists of about 500 paranormal organizations. He currently resides in Las Vegas, Nevada.

Being a former skeptic himself, Bagans says that his passion for investigating the paranormal resulted from a face-to-face encounter with the spirit of a suicidal woman who haunted his old apartment building in Trenton, Michigan in 2002. Afterward, his life-changing experience caused him to actively pursue capturing video evidence of the afterlife. In the introduction of each episode, Bagans states: 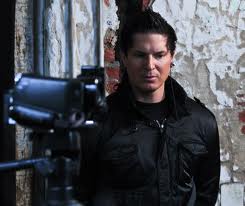 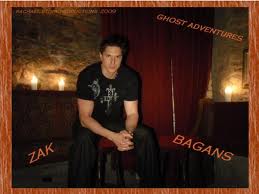 1
I want caramelle Zak Bagans
added by hotgirlkjn99
zak bagans foto
video
cute
zak bagans
posted by hayhay23412
Zachary (zak) Alexander Bagans was born in April 5th in 1977 in Washington DC. He was raised in LA. Zak did not believe in ghost until he came face2face with a women of suicidal murder who hunted his old apartment building in Trenton Michigan in 2002. He is the leader of the TV mostra Ghost Adventures.He works with Nick Groff and Aaron Goodwin. He has his hair the same way every day. his preferito colori are red and black because they are the devil colors. His preferito ice cream flavor is biscotti, cookie N cream. He is 34 yrs old. He is 6 ft tall. He is scared of snakes and heights and creepy looking bambole (like me)
You Might Also Like...