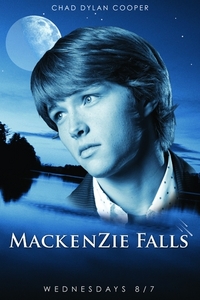 MacKenzie Falls is a fictional popolare prime time soap opera aimed at tweens starring Chad Dylan Cooper who plays the titular character of Mackenzie. The mostra films in Stage 2, a sound stage adjacent to So Random!. The Guardian describes MacKenzie Falls as "basically every adolescent soap opera from Dawson's Creek to Gossip Girl shoved into a blender." MacKenzie Falls' far-fetched and confusing plots parody those of teen dramas ' prompted Tawni to ask Chad, "What is your mostra even about?."

Plot: Sonny Munroe enters the set, excited and not knowing that she is off for a difficult time with Tawni Hart. When Sonny changes Tawni's "Queen Bee" sketch, Tawni becomes jealous and it doesn't help when Sonny has to share a dressing room with her. Sonny tells her mother about it and her mom advises Sonny to talk to Tawni. Things get worse when Sonny tries to help when Tawni accidentally stabs herself and shreds Tawni's preferito stuffed animal. Then, when Tawni talks to Marshall, Sonny decides she doesn't...
continue reading...
1
Sonny With a Chance Tales From the omaggio House
posted by MsPropHouse
Tales From the omaggio House is where the cast of So Random! has 24 hours to give their beloved omaggio House to the cast of Mackenzie Falls for the meditation room. Sonny and the cast handcuff themselves to the omaggio House to try to get it back and after two hours of standing there Sonny,Tawni,Nico,Grady,and Zora decide to fight back! When they do Sonny has Zora cut a hole in the cieling so they can throw stuff at Chad,when Sonny comes in she says she left a omaggio there and then she tells Chad the hole Zora made is a multi purpose hole. The cast throws random stuff like garbage,Tawni's shoes,and bowling...
continue reading...
7
Sonny with a chance best Citazioni (for me) Part 1
posted by JadeD831
Sketchy Beginnings
Tawni: Yes, sprinkle us with your Wisconsin funny dust.

Tawni: We Don't want to hear your cheers. Not your sis, not your boom, and not your ba.
Sonny: But what if I have a really awesome baa?

West coast story
Sonny: We were trying to make peace.
Chad: Please, te were trying to trap us.
Sonny: Trap you? You've obviously been watching your mostra too much. te know, not everything is cutthroat and gossipy? Sometimes people do things because they're trying to be nice.
Chad: Do they, Sonny? Do they, really? Look, it was sweet of te to put that picnic together. It was way sweet. But the...
continue reading...
16
So far so great (Theme song) lyrics
posted by Annaoth
This is the lyrics for Sonny with a chance's theme song, So far so great:

Off to the races
I'm goin' places
Might be a long shot
Not gonna waste it
This is the big break
And it's callin' my name
Yeah!

So far so great!
Get with it
At least I jump
When I see it
Havin' a dream
Is just the begining

So far so great!
Belive it
Can't take away this feeling
Taken a ride
With chance on my side
Yeah
I can't wait

So far so great

So far so great

2.When Chad ask Tawni about James and Sonny going on a date, she says "Why do te want him to back off of Sonny". She knows his motives for wanting to stop it.

3.Tawni hid in the back of Chad's car to spy on Sonny and Chad in Lookout Mountain.

4.Tawni did a diaper commercial when she was 3 years old.

5.Tawni prefers to be the #1 stella, star on So Random.

6.Tawni is the first one in the omaggio House.

7.She calls Sonny "sweetie" all the time.

8.Tawni...
continue reading...
4
Are te ready to get So Random?
posted by Idunn 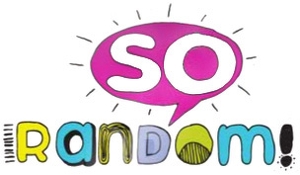 Throughout the show, several sketches, often focusing on absurd situations, are filmed. Everyone plays different roles, but the roles are different in each sketch. This is similar to other kids' Televisione series such as All That, and The Amanda Show, o a child-oriented version of Saturday Night Live, and MADtv. There are many different sketches, for example "Dolphin Boy" to "Mermaid Girl" to "Life at the Boston tè Party" to "Baby Waa Waa". Chad often comes to the So Random! studio like in the episode of "You've Got fan Mail", because he was training to work in the post office...
continue reading...
Chad Dylan Cooper - Trivia
posted by Idunn

1.Chad is 5' 7½" tall, according to his measurement during "Tales From the omaggio House".

3.Chad has an intense dislike for rubber chickens, as mentioned in "Tales From the omaggio House" and "Guess Who's Coming to Guest Star."

4.Chad is seemingly fond...
continue reading...
2
High School Miserable lyrics....♥
posted by smileyz101
Here are all the lyrics from the promo...... Ya wanna dance, ya better sing!!!

Sonny with a chance cast

Channy (Sonny and Chad)
3
Demi Lovato's life - And how Sonny With A Chance began and ended
posted by krisy04
A journey through her life:
She started out on Barnie. She played the trumpet. then she had her big break... Camp Rock. She played the lead with Joe Jonas. She was only able to go to camp because her parents were the chefs there. She had a reconizable talent. the mean popolare girls noticed that and didnt want her to beat them in the competition. so she joined their team and later she realized how horrible she was becoming and went solo. She won. After Camp Rock she had an album from Camp rock and she was right on superiore, in alto with Disney. She got her own mostra Sonny with A Chance. She played Sonny who...
continue reading...
1
Chad's Feelings?
posted by lovingsam
Sonny paced around her dressing room. " Where was Tawni? She wanted tom meet with Sonny to go over the cheerleader script at 6:00 but that was 20 minuti ago! Deep breaths sonny deep breaths she told herself. All of the sudden the light went out. Great! Just great sonny told herself now Tawni is probably goign superiore, in alto play somke prank on her. When out of nowhere a voice came but it wasn't from a normal mouth it sounded alien-ish. Probably to disguise themselves Sonny thought. Then the voice came and spoke these words.
"Sonny, te are funny and great and beautiful I wish te felt the same way I feel...
continue reading...
So random
posted by xTawniHart 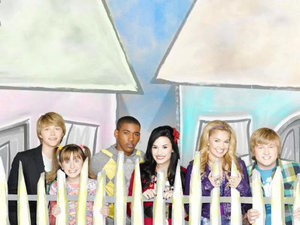 So random is a comedy show. Their ememy, Mackenzie Falls is also a comedy show. Before the name So random was their name, it was called Tawni and Friends. Sonny Munroe is the new cast member of So Random. She met their ememy, Chad Dylan Cooper, the stella, star of Mackenzie Falls and also plays Mackenzie. Tawni Hart, Sonny's Best Friend was the stella, star of Tawni and Friends until Mandy left and Sonny came along and it had been called So Random.

The cast of So random was better than Mackenzie Falls and now So random is # 1! 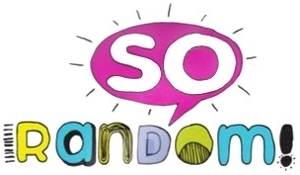 Allison "Sonny" Munroe (Demi Lovato): The newest member of So Random!, she is from Middleton, Wisconsin. In the first episode, when Sonny was called in to be on So Random!, she might have taken the job of the former cast member Mandy, who has been only mentioned once in the first episode. Friendly and caring towards those around her, she is known as the nice girl of the group and does her best to help other people with their problems and achieve her dreams, earning mixed results. Sonny is Friends with Nico, Grady, Zora and has an on-and-off friendship with Tawni. She also has...
continue reading...
1
Sonny With A Chance: Stop SPS lyrics
posted by smileyz101
<3 LOL. Sonny With A Chance is so motivational....:)

Tawni: One giorno we will walk hand-and-hand

Sonny: Every boy and girl from every land

Grady: From the mountains

Nico: To the beach.

Tawni: And that day, that giorno is almost in our reach.

All: Don't wear the pants if they are skinny. Stop SPS. Change the way te dress, cause tight is no longer in me.

Chad: Think about what te fall in.

All: And unisciti our vacant family.

Tawni (Spoken): SPS, "Skinny Pants Syndrome," has dato me a chance to make a difference in this world. unisciti our fight, and together, we...
continue reading...
3
Full High Scool Miserable lyrics.....♥
posted by smileyz101
Tawni: I`ve never ever been to public school... I never thought it would be this cruel!
Nico: It`s endless, we`re friendless
Grady: It`s nothing but paaain...
Zora: And no one in this dump knows our name!
♥♥♥
Sonny: I know te think this is probably my fault
Tawni: (spoken) We do!
Sonny: The catty commenti and the constant assults!
Grady: (spoken) It's cool!
Sonny: I was there once, and I'm still alone(?), so listen if te want to survive... Inside this.....
Everyone: High School Miserable....
Tawni: I never thought I'd be invisible!
Everyone: In this High School Miserable....
Sonny: You've gotta...
continue reading...
sonny with a secret!
posted by lex23
i just watched Sonny with a secret and it was AMAZING!!!!! i loved every minuto of it! te might wonder how i watched it, but I have fios on demand from verizon. Anyhoo, it had twists and turns, and channy. i will not give any spoilers unless te msg me for them, but I will tell te that it shows some of Sonny's life in Wisconsin. It also had Chad crying! awww <3. This was terrible, I know. but send me a message if te want to know più before it airs!

P.s. they have weird pet names for each other... lol
Whos Who
posted by bree44512
Tawny and Zora look the same and they cant find out who is who so they run around asking everyone they see who am i i have no idea. HELP ME HELP ME! they detto 400 times because they want to know who they are and how to get there identity back. One giorno this older man detto ciao i know how to get your identity back go to 410 cotton caramelle cerchio and talk to Mrs.Popsicle and she will guide te from there. So they went to her house and asked her she detto that they have to sing a song the cupid shuffle and they detto what is the cupid shuffle and she showed them how to do it and they went to the city....
continue reading...
omaggio House
posted by MsPropHouse
The omaggio House is where the props from So Random! sketches are kept. The cast hangs out in there sometimes. It was revealed in Tales From the omaggio House that Tawni was the first one to step in the omaggio House.

Check it Out girls visor


Other stuff about the omaggio House

In Tales From the omaggio House Sonny detto it was where they write all the sketches.
Tawni detto she was the first to go in the omaggio House
3
Chad's Feelings Part 4
posted by lovingsam
"WHAT???"
"Sonny?" Tawni says "Do te want to explain something"
"Uh.. Um... Oh dear this is akward"
"WELL?!" The So random gang yelled
"I really don't know. I guess Chad likes me"
"Wow really?" Zora says.
"AHHHHH!" Sonny randomly yells.
"What is it Sonny?" Nico says while trying to relax Grady.
"Oh My God! That means I kissed Chad!"
A gasp is collected from the group.
"WAs it terrible?" Tawni asks soothing Sonny.
"Uh."
"Om my gosh she liked it!" Zora and Tawni yelled together.
"She's evil now." Grady has finally speaking.
"What? That doesn't even make sense!"
"Yes it does! te like Chad!"
"No I don't!"
"Prove...
continue reading...
More Cards
1234567891011