Ponies On The Rails episode 39 Part 3
posted by Seanthehedgehog
When Hawkeye heard Pete say that they were leaving Cheyenne, he was angry.

Hawkeye: Oh no no no no no. We are not just letting those slime ball gangsters just take everything here away from us. Who here agrees with me?
Everypony: *Staying silent*
Hawkeye: Come on. Somepony has to agree with me.
Coffee Creme: te know what? You're right. Those gangsters shouldn't take this place.
Hawkeye: Percy, do te agree with us?
Percy: Uh, I don't know if I wanna get involved.
Hawkeye: How about we push te out of the station, and they shoot you?
Percy: Okay, I agree.
Pete: Well. te three enjoy staying here if te want, but we're leaving.

And like that, the ponies left Hawkeye, Coffee Creme, and Percy in the station.

Coffee Creme: Uhm, Pierce? What exactly are we going to do?
Hawkeye: Hide here, and call the police.
Percy: That's it? That's all we're going to do?
Hawkeye: That's all we can do.
Radio Pony: We have a helicopter watching the action in the Cheyenne train yard, and another train is getting hijacked.
Coffee Creme: I forgot, the radio is still on.
Percy: Can we at least do something to prevent those trains from getting stolen?
Hawkeye: Sure, we can think of something.

Pete: *Driving supply truck* We need to find a good spot to create another station.
Gordon: *sees abandoned school building* How about that building over there? It's close enough to the train tracks.
Pete: Good thinking. *Drives to school*
Mares: Excuse me. What are te doing here?
Pete: Finding a new station for my railroad. te probably didn't notice, but the old one in Cheyenne is being attacked, and the mafia keeps hijacking our trains.
Mare: Alright. We'll let te have this building for 2,000 dollars.
Pete: Alright, Gordon, pay them.
Gordon: No way. This is my money, and I am not paying a bunch of bitches for an abandoned school building.
Pete: Do it!
Gordon: Fine *Gives money to mares* Enjoy.
Mare: *Leaves*
Pete: Now we just got to build another train yard. Get to work on that, I'll go back to Cheyenne.
Gordon: *gets supplies out of truck*
Pete: *Drives truck to Cheyenne*

Mafia Ponies: *Hijacking locomotives*
Hawkeye: Police? Have te stopped the mafia yet?
Sargent: No we haven't.
Hawkeye: Well, why don't te double your fucking effort?
Sargent: We're doing the best we can.
Hawkeye: Bullshit. *Hangs up*
Coffee Creme: Now what?
Hawkeye: I don't know.
Pete: *arrives* We found another station five miles from here. Are te sure te don't want to come with us?
Hawkeye: Yes. Frenchy, and Percy are staying.
Pete: Okay. *Leaves*
Percy: Why did te say that? I don't wanna stay.
Coffee Creme: Neither do I.
Hawkeye: The more, the merrier.
Percy: All we're doing is watching the mafia steal all of our engines.
Hawkeye: They'll have to stop eventually. When they do, we'll take one from here, go to Denver, and bring them all back here.

On The successivo Episode of Ponies On The Rails

We continue where we left off.
tailsfan111 likes this
1
Ponies On The Rails episode 38 part 3
posted by Seanthehedgehog
Jeff was soon sitting successivo to the judge.

Judge: It appears that everypony is saying te were in Cheyenne when Gordon took charge on the giorno February 20, 1954.
Jeff: Yes, I was there.
Judge: What did te think of Gordon's actions when he told te to take the rails apart, and fix them again?
Coffee Creme: Objection.
Hawkeye: te can't object to what the judge says!
Judge: Thank you. Now Jeff, if te will please answer my question.
Jeff: I was very surprised, and upset da what Gordon wanted me to do.
Judge: When te say surprised, do te mean like an angry kind of surprised, o just surprised?
Jeff:...
continue reading... 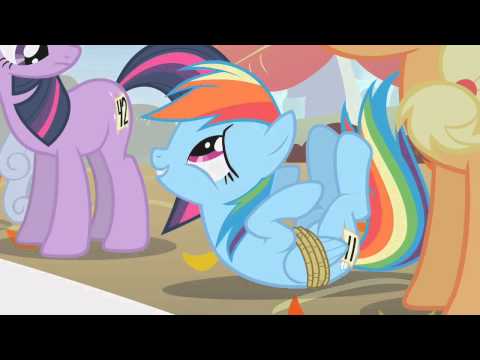 My magical friendship: Ponies are little
added by Seanthehedgehog
That's why they're called my little ponies
video
my
magic
friendship
fluttershy
is
little
my little pony
My Little Pony - L'amicizia è magica 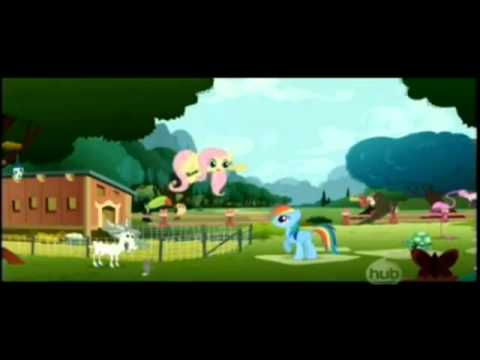 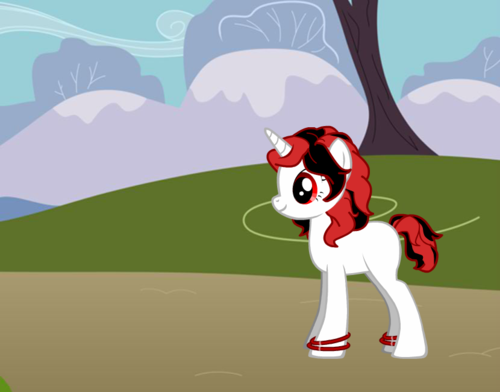 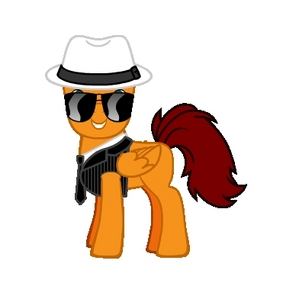 Jordan
The successivo day, the film crew arrived to make the safety video.

Pete: Hello. What's your name?
Director: It's Jordan, now we gotta shoot a movie here, so let's get to work.
Pete: Right away Jordan.
Film Crew: *Setting up cameras*
Jordan: OK. I want a passenger train to stop at this station.
Pete: Well you're in luck. A passenger train will be stopping here in three minutes, and it's filled with passengers.
Jordan: Excellent. Please stand da the tracks, and tell us when it's coming.
Pete: te got it, but may I ask te a question.
Jordan: Shoot.
Pete: Wouldn't te be able to hear the train come...
continue reading...
2
Ponies On The Rails episode 19 part 2
posted by Seanthehedgehog
When Gordon heard what Pete said, he went to work right away. His job was very easy, pushing freight cars very slowly in a train yard.

Pete was playing poker with a few other ponies. He had fifteen dollars, while Hawkeye had ten dollars. Coffee Creme had six dollars. Percy, and Jeff each had five dollars. Gordon had twenty...
continue reading...
3
Ponies On The Rails episode 17 part 3
posted by Seanthehedgehog
Jeff, Percy, and Hawkeye continued getting the train back onto the tracks.

Jeff: *Using magic* Almost got it.
Percy: You're doing good.
Hawkeye: *sees three ponies walking towards them* Seems like our work is attracting a crowd.
Percy: *Sees ponies* Those are the ones that derailed this train.
Gangsters: *grab guns*
Hawkeye: They got guns!
Gangsters: *Shooting near Percy*
Percy: Get the revolver under your seat.
Hawkeye: There's a revolver under here? What kind of a railroad is this? *Grabs revolver*
Percy: Just do it.
Hawkeye: *Shoots three gangsters*
Jeff: *Gets entire train back on tracks*
Hawkeye:...
continue reading...
2
Ponies On The Rails episode 17 part 1
posted by Seanthehedgehog
Theme song >>>> link

And Feauturing Metal Gloss from DragonAura15

Hawkeye: Goodnight Metal Gloss.
Metal Gloss: Goodnight Hawkeye.
Hawkeye: *Sits at table* Ah. *grabs pencil, and paper* Dear Father. How are you? It's been a while since I got your last message, and...
continue reading...
2
To Live And Die In L.P Part 6
posted by Seanthehedgehog 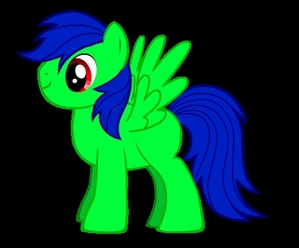 Henry
Later that evening Richard, and John were on a stakeout. It was raining.

Richard: *Sighs* This is nice, isn't it?
John: Whatever te say man.
Richard: *Sticks head out window* Have te ever gone bungee jumping before?
John: No.
Richard: I've seen many ponies do it before. te should try it.
John: *Trying to look out window* I can't see.
Richard: Oh, sorry *Moves out of way*
Rick: *Drives up to house*
John: I see a arancia, arancio Lambronyni.
Richard: That's an Eventador.
Jewelia: *Walks out of car*
John: That's a mare.
Richard: We better wait for Rick to mostra up then.
Jewelia: *Knocks on door*
Henry: *Opens...
continue reading...
1
Die And Let Live part 6
posted by Seanthehedgehog
Once again at Dr. Silver's base of operations.

Dr. Silver: *Waiting* What is taking her so long to bring Con to me?
Gilda: I don't know. Maybe she died.
Dr. Silver: Perhaps. Now I need to find yet another pony to help deliver this zombie formula to Hawaii.
Gilda: Ahem. Me, and all the griffons are a part of the Nazi Forces. We can help te send the formula to Hawaii.
Dr. Silver: Good. Get as many planes as te can, and meet me at the airport.

Back at Fenix's vacation home

Con: What else do te know about Dr. Silver?
Itic: She has a vulcano lair in Hawaii, and an army of griffons.
Con: So basically,...
continue reading...
1
Ponies On The Rails episode 14 part 1
posted by Seanthehedgehog
Theme song >>>> link

Jeff And The arcobaleno

Jeff likes to tell ponies what to do. On every thursday, Jeff is responsible for telling Pierce, and Gordon how to work in the yards as they push the freight cars down the hump.

Jeff: Get the engines coupled to the train.
Gordon: *Drives...
continue reading...
1
Middle School part 9
posted by Seanthehedgehog
It was a typical friday night. Mom wouldn't be home until it was late, and both Georgia, and Carl were asleep. Georgia, because she's little, and Carl, because he's lazy.

Zoom tastes like Cioccolato mixed with colta cola. I pour the zoom out of a can into a travel mug, just in case Carl wakes up, and he can't see what I'm drinking.

Next, was the dangerous part. 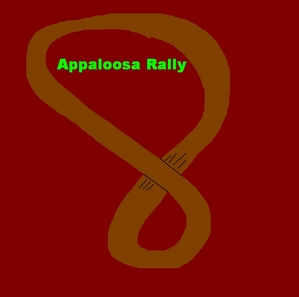 Appaloosa Rally
The race contined on for ten più laps. Sergi, and Apyr were in first, but Braeburn was right behind them.

Sergi: *turns right*
Braeburn: *follows*
Soarin: *Catching up*
Apyr: (Idea in process) Ram Soarin.
Sergi: Why?
Apyr: Just do it.
Sergi: *about to ram Soarin*
Soarin: *crashes into Braeburn*
Apyr: Hahaha. What do te think about that?
Sergi: Nice.
Announcer: And the winner is.... Sergi in his Lotus Eltrot.
Ponies: *cheer*
Applejack: Booo!

half a minuto later

Announcer: Congratulations Sergi. As a reward, te get $20,000.
Sergi: Thank te so much *Accepts money*
Braeburn: Stop right there!!!! Heeeeeeeee...
continue reading...
2
Octopus-3 part 2
posted by Seanthehedgehog
It was a somewhat dark night in San Franciscolt. A pony dressed as a clown was running toward a fence, and when he got there, he started climbing it.

Next morning in Canterlot 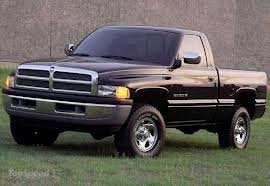 Two of these trucks arrived near Con's car
The successivo day, Con went to his apartment in L.P. to inform P that he had the blueprints to Steve Job's weapon.

Con: *parks car*
mexicans: He has a red Meuzda parked on 5th street.
Popeye: I'll deal with Con, te get the blueprints from his car.
Con: P, it's 0007. I have the blueprints. I'll send them to te as soon as possible.
Popeye: *shoots phone* Time's up.
Con: I didn't even put in a quarter.
Popeye: Well, that's not neccesary. *sits on bed*

Drake: te seemed to have Lost me. Where do te think these are heading?
Con: *disables machine*
Drake: te were lucky that time Mane. It won't happen again!
Russian pony83: *runs in*
Con: *kills russian*
Drake: Why are te doing this, when te can unisciti me? The world sucks!
Con: *destroys other machine*
Drake: How about if I operate two of them at once?
Con: *destroys first*
Drake: Stop that! I ORDER YOU!
Con: *destroys other machine*
Drake: NO NO NO!! *runs in room*
Con: Ah, so nice to see te Drake.
Drake: *hits Con*...
continue reading...
1
Brony Of New Jersey part 3
posted by Seanthehedgehog
I was just sleeping, when I heard a car going da my house. Frenchtown is right successivo to the delaware river, which separates New Jersey from much of Pennsylvania. That's not why a lot of cars go through here,... Maybe it is. Ah whatever, I gotta get ready for school. Yeah, after my dad died, and part of my house got destroyed I still gotta go to school.

3 and a half hours later