2
Musically Inclined
posted by Becca_Shade
Just a little fanfic based on a conversation I saw because of a certain pic. Enjoy! >:D


He knocked on her apartment door confidently. He leaned against the door jamb and smiled when she opened the door.
“Becca! How are you?”
She leaned against the door, crossing her arms.
“What do te want Terror? te never visit.”
“What? A guy can't come and visit one of his friends?” Terror asked, striding into the room.
“He can. The problem is when it's you.”
“Harsh Bec.”
Becca smirked, closing the door. Terror sprawled out on her couch.
“You want a soda?” Becca asked.
“Please.”
Becca nodded and headed into the small kitchen. She returned with a can of Dr. Pepper from the fridge. She handed it to her guest and watched as he took a satisfying swallow.
“Thanks, doll.”
“Uh-oh.”
“What?” Terror asked.
“You're flirting with me. te must be desperate.”
Terror laughed and Becca pulled a chair over to the couch. She smiled at him.
“What do te need?”
“A favor.”
“What kind of favor?”
“The musical kind.”
Becca raised her eyebrows.
“You need a song?”
“Yep.”
“And te want me to sing with you?”
“Correct.”
“And you're doing this why?”
“Would te buy it if I detto I feel like it?”
“From you? Nope.”
Terror smiled.
“Are te going to do the favor o not?”
“Fine. But te owe me.”
“I know. After we're finished, I promise to buy te a new pair of black gloves.”
“Fingerless?”
“Yes. I'll buy te your punk gloves. te in?”
“Yep!”

Blade was walking around the cave, bored out of her mind, when she heard it. The sound of a piano, the strum of a guitar. Then a voice. Something musical. A girl's voice.

We were strangers,
Starting out on a journey
Never dreaming
What we'd have to go through
Now here we are,
And I'm suddenly standing,
At the beginning with you

As she got closer to the music, she could see lights from underneath a closed door. And that was when she heard it. A melodious male voice. Singing.

No one told me
I was going to find you,
Unexpected
What te did to my heart

She looked through the window to see Becca on her chitarra and the new boy Terror on the piano. Both had been singing. And now they were Canto together.

Blade opened the doors and listened as they sang the chorus.

Both caught sight of Blade and stopped. Blade could feel her cheeks heat up as she made her way over to them.
“I didn't mean to interrupt,” she said.
“It's okay Blade. I'm just helping Terror practice. He's learning the Pianoforte and has to do this song.”
“Oh. It was very nice Terror,” Blade complimented.
“Thanks.”
Becca smiled and hopped off the stage.
“I'm going to get some water. I'll be right back,” Becca called as she walked out.
Blade watched as Terror jumped off the stage. He smiled at her.
“Did te really like that?” he asked, sitting on the edge of the stage.
“Yes. It was very nice. And so was your singing.”
Terror smiled again and Blade smiled back. Terror looked around.
“I'm not usually nice to people but...”
Terror waved his hands and held a single white rose.
“For you,” he said.
Blade took it, her cheeks burning.
“T-thanks.”
“You're welcome.”
They stared at each other for a secondo before Terror stood up.
“I have to go meet some people. I'll see te around Blade.”
She watched him stride from the room. The blush was still on her face, but a smile was on her lips.
“I look inoltrare, avanti to it.”


link
The link is for the whole song! XD
BladeYJ and TerrorYJ like this
BladeYJ REALLY !!!!
Mclovin_69 AWWW BLADEY LIKES TERROR!!!!!!!!!
Becca_Shade I had to!!!!
Scarlet_YJ Awwww so cute you two would make a cute couple, damn now i'm gonna have to start the picture i was drawing all over again
InfinityYJ People really should base more stories off of conversations on like, the wall, and stuff, because we have the WEIRDEST arguments/chats.
BladeYJ *hides face* WHY MUST EVERYBODY HUMILATE ME!... Ahh well.. It was a fun convo I'm not ashamed..
Becca_Shade Did I do something wrong? I mean because of the article?
EclipseYJ OOh another person who plays piano, NOW I REALLY LIKE HIM ^-^
BladeYJ Nah.. it's awesome...!!
Becca_Shade YAY!!!!!!
TerrorYJ You coniving, sneaky, annoying-! What's wrong with you?
BladeYJ She's like a twisted little ninja!
TerrorYJ I know!!!!!! Seriously, what's wrong with that girl? You suck Becca! But I still think of you as my little sister!
BladeYJ She gets it from the best!
TerrorYJ Uh....O//////////O
BladeYJ What...
TerrorYJ nothing. Trust me. It's nothing hun.


“What are te doing for Valentine's Day?” Artemis asked.
Megan looked at the only other person in the kitchen/family room center. Artemis was watching her with curious blue eyes. Megan blushed and looked back down at her bowl.
“I don't know what that is. What's a Valentine's Day?”
“Oh. It's...a giorno where te mostra people how much te care. Most of the time it's between couples but Friends do it too.”
Megan nodded and started mixing again. She felt eyes on her and felt free to ask her question.
“What's a Valentine?”
“Someone o several people te care a...
continue reading...
FireBlaster Episode 20 "Bachlorett party?"
posted by Denelys

Recognized Robin B02 FireBlaster B07
Hi guys,everything okay here?
"yeah!come on we have to pick out everything all the details givem to me!"Inquired M`gann.
Hold on te guys know o did Robin tell you?
everyone was quiet.
Okay...
continue reading... 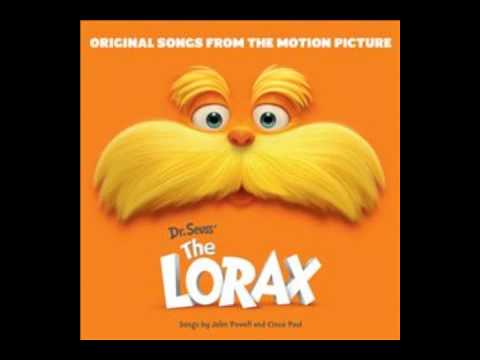 Me on Valium
added by FangYJ
I SWEAR this is EXACTLY how I was on Valium.
video
Night Crawler Chapter 22
posted by Skittles98

12
Young Justice Boys doccia
added by RavenclawQueen
Source: youngjustice.tumblr.com
The death part 1. -artemis x Wally young justice-
posted by artemisxwally
Okay I am a super fan of young justice an I have a fav couple... Yeah u guessed it Artemis and wally... Eeekk But then something terrible happens!! Oh and wally is an A hole at the beginning so ya he spose to be

DISCLAIMER: I do not own young justice

Any way so I made a story for them!! And sorry for my spelling if it's bad..!! And i spelled te like u cuz it's faster.
U= you
Cuz= because
Y= why
And kshk is the radio okay!

The team is at Mount Justice while Artemis is on a mission....

Chapter 4: Two Sides to Every Story

Robin sat crouched on a gargoyle of one of Gotham's many tall buildings. He stared down at the city with narrowed eyes, waiting for some sort of chaos to happen. Cars zoomed left and right on the streets and pedestrians shuffled on the sidewalks.

Robin pulled a Batman and didn't even have to look to see who it was. He'd recognize that voice anywhere. "Batgirl," he detto curtly. "You shouldn't be out here."

Batgirl, standing on the ledge, leaned against the building wall. "Why should I let te and the old Bat have all the fun?" She plopped...
continue reading...